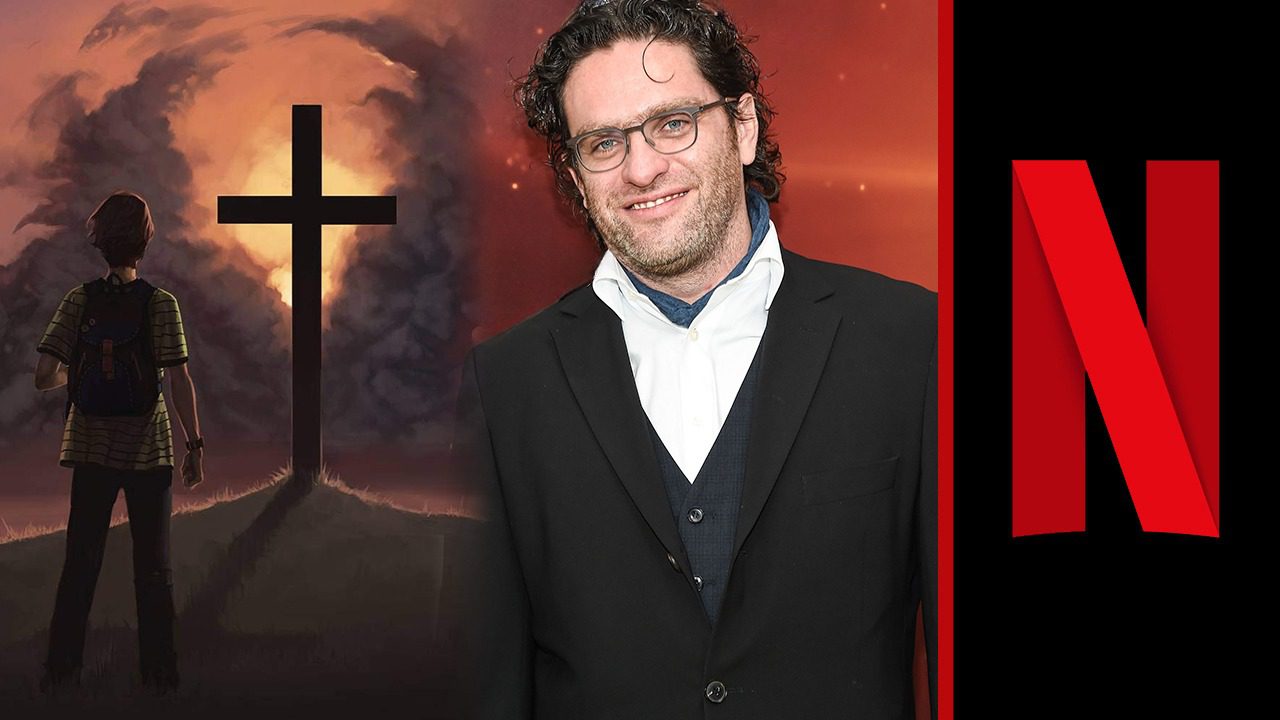 Following Jupiter’s Legacy and Super Crooks release on Netflix, American Jesus is looking like the next major Millarworld adaptation to come to Netflix. First announced among the initial 2018 roster of shows and movies, production is currently eying to start in March 2022 as we can exclusively reveal.

The comic comes from Mark Millar who wrote the title with Peter Gross serving as the artist.

American Jesus was among the library of comics Netflix acquired in 2017 with its acquisition of Millarworld.

A year after the acquisition, the first roster of Millarworld shows and movies was announced with American Jesus amongst the names.

Here’s what was announced about American Jesus at the time:

“Multilingual (Spanish/English) series American Jesus follows a twelve-year-old boy who suddenly discovers he’s returned as Jesus Christ. He can turn water into wine, make the crippled walk, and, perhaps, even raise the dead! How will he deal with the destiny to lead the world in a conflict thousands of years in the making?”

Who’s behind American Jesus for Netflix?

Everardo Gout and Leopoldo Gout were originally announced at the beginning as co-showrunners. The former will also serve as the director of the series too.

Just like how Netflix originally poached Steven S. DeKnight for Jupiter’s Legacy (who notably left the project in dramatic fashion) who helmed the successful series Daredevil, Netflix bought in one of the directors of Luke Cage in the form of Everardo Gout. He directed season 2 episode 12 of the Marvel series.

Elsewhere, Everardo Gout is known for The Forever Purge released in 2021. He’s directing an episode of Joe Picket for Paramount+ as well as working on shows like Snowpiercer, The Terror, National Geographic’s Mars, and Banshee.

Also working on the series is Stacy Perskie and serving as the casting director is Luis Rosales.

The official comic description gives us a solid indication of what we can expect and it looks like it’ll be following the first issue closely:

“After surviving a freak accident, a twelve-year-old boy discovers he’s the returned Jesus Christ. He can turn water into wine, make the crippled walk…he can even raise the dead. How will he deal with his destiny and lead the world through a conflict that’s been thousands of years in the making?”

The Netflix page setup for American Jesus (that you have to navigate directly through to at the time of writing and not available via search) states:

“A 12-year-old boy learns he’s returned as Jesus Christ in a final effort to save mankind and must step into his destiny. Based on Mark Millar’s comic.”

We’ve also seen character descriptions for the two main characters with that being Jodie and his Mom, Sarah.

Jodie is described as “a seemingly normal teenager until a freak accident makes him think otherwise. He is not pathologically shy, but introverted. He is also a great storyteller, a trait he uses to entertain his friends.”

Sarah is described as “a beautiful and brave woman. She is Jodie’s mother and she protects him a lot, although she doesn’t know what she is protecting him from.”

When will production start on American Jesus?

As we stated above, production is currently eyeing to begin on March 1st, 2022. While we don’t have exact filming locations, we do know the majority of the show will be filmed in Mexico.

Production on the show had been first thought to start in Spring 2020 according to Mark Millar:

American Jesus finale in stores today, our last monthly book before we’re back next year with Magic Order 2 and the Jupiter’s Legacy sequel. NOTE: American Jesus is being shot in Mexico this Spring by @LeopoldoGout & @everardogout for your NETFLIX VIEWING PLEASURE! pic.twitter.com/y9jlPUrD1N

In May 2021, Mark Millar spoke to Deadline providing them updates about the series saying:

“The development for American Jesus is coming along beautifully in the talented and capable hands of Everardo Gout and Leopoldo Gout. I’m blown away by the creative choices that Netflix has allowed us, and particularly since this series will feature Spanish and English dialogue.”

As for the release date, it’s too early to say. We’re speculating that it’ll be within the next year or two before we see it land on Netflix.

While it’s been a rough start for Millarworld for Netflix at least on the movie and TV front, has been quietly releasing a slew of comics since 2018 including Sharkey the Bounty Hunter, Space Bandits, and most recently, King of Spies.

Among the next roster of Netflix projects expected to arrive includes American Jesus, the live-action Super Crooks project and The Magic Order which is back in development after being delayed.

Beyond Millarworld, Netflix is currently hard at work on a huge array of comic book adaptations from the likes of Dark Horse Comics, DC, Image Comics and Boom! Studios.

Are you looking forward to American Jesus coming soon to Netflix? Let us know in the comments.