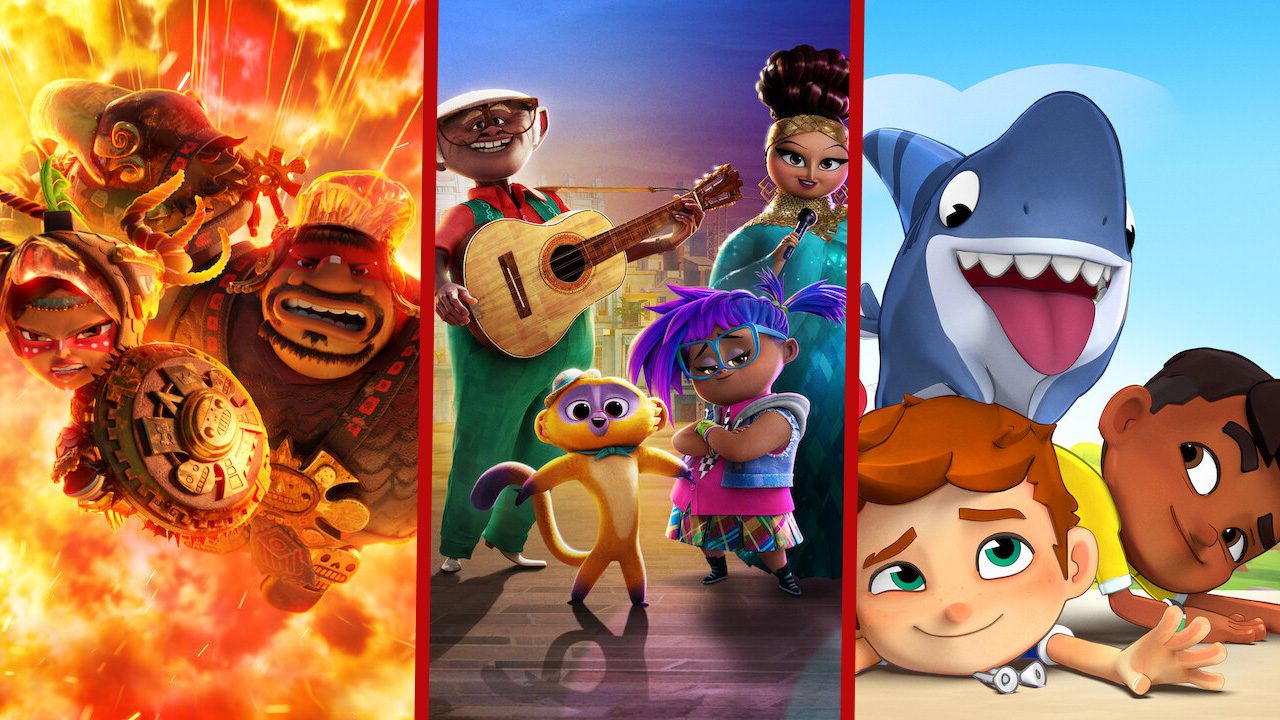 Netflix in recent weeks has launched a new website that will release weekly Top 10 lists of the most-watched TV and films. This will cover Top 10 trending rankings per country, a metric that was already circulated by the streamer, though not in a consolidated way. Below we’ll will dig into some of the insights these new top 10 stats have revealed for Netflix’s biggest kids titles of 2021.

Analysts, producers, and distributors alike have often lamented the lack of metrics in streaming. Unlike traditional linear television, there isn’t an accepted system of measurement. For a long time, data related to content performance sat behind a black box. Renewal represented the main indicator of whether your show did well, or not.

Steps have been made, in recent times, to triangulate a picture of what content is popping.  Netflix began disclosing local daily Top 10s themselves as a discovery tool for viewers. This data was consolidated by smart people include site friends FlixPatrol. It was firmly asserted that this information wasn’t skewed to favor their own originals. Nielsen also started publishing weekly Top 10s based on US data in 2020. They blew this out to cover Top 10s in three different categories in 2021: Originals, Acquired, and Film. Several other data analysis companies measure various metrics on a domestic, global, and local level.

This ratings evolution followed on from a metric pivot announced by Netflix in the Q3 Earnings, a few weeks ago. The core measurement moved from “number of accounts who watched” to “number of hours viewed”, a similar/comparable metric to US Nielsen. Reporting weekly is a drastic and bountiful step that will no doubt put pressure on competitors to do the same.

We can glean some nuggets on kids’ content performance from all this data, of course.  First of all, the caveats….. In the dataset, Netflix is tracking performance per specific season of a series, so halo interest back to earlier seasons might not make the ranking.  The data they’ve released goes back to week commencing June 28th, neatly covering the second half of 2021.  The specific “hours viewed” metric will be skewed by content length and episode volume.  It will also favour bulk dropping of episodes, as opposed to weekly.  Genres that have good repeat watching potential will benefit.  This includes sitcoms, and of course kids’ shows, which become more repeatable as they skew down to preschool.

Starting with the youngest audiences, the dominating presence CoComelon enjoys across all other metrics continues.  It features the most out of any kids’ series, hitting 7 individual weeks.  Spikes consistently follow the launch of new episodes.  As the data is broken out per season, we can’t see the outlying viewing value that these new seasons drive to older ones.  The showing is convincing regardless.

Other preschool originals which pop include Gabby’s Dollhouse from DreamWorks, which launched a new series in August. Alongside this is Sharkdog, the Nickelodeon produced Netflix Original which launched in September.  High-profile preschool series notable by their absence include Ada Twist, Scientist, and new episodes of Ridley Jones.

In animation for older-skewing kids, viewing for Pokémon Journeys: The Series breaks through, catching the tail end following its launch in June.  There was also good news for Originals.  Season 1 of A Tale of Dark & Grimm popped in its launch week. Better again was the launch of high profile limited series, Maya and the Three, from Jorge Gutiérrez. This managed to achieve the highest hours viewed of any kids’ series, coming #5 in overall content during its premiere week.

Following on from observations made in other metric categories, licensed, powerhouse franchise films continue to be a driver for Netflix. Movies including Kung Fu Panda (DreamWorks), Hotel Transylvania 3 (Sony), and The Secret Life of Pets (Illumination) come through in global numbers despite the fact their licensing agreements will be fragmented across countries.

We also get to see how several films performed which were “covided” from a theatrical release. This was the case for 3 Sony titles, for example.

Firstly, The Mitchells vs the Machines which launched in April saw the strongest ranking across other metrics. As its launch period is (alas!) outside the data capture, it doesn’t feature heavily in released rankings.

What is present is the tail end of Wish Dragon – which launched in early June. Finally, Vivo, which starred Lin Manuel Miranda, has the strongest overall featuring for kids’ films.

Rounding this out are My Little Pony: A New Generation and The Loud House Movie, both of which would have had more specific appeal to kids/established fans, rather than broader families. 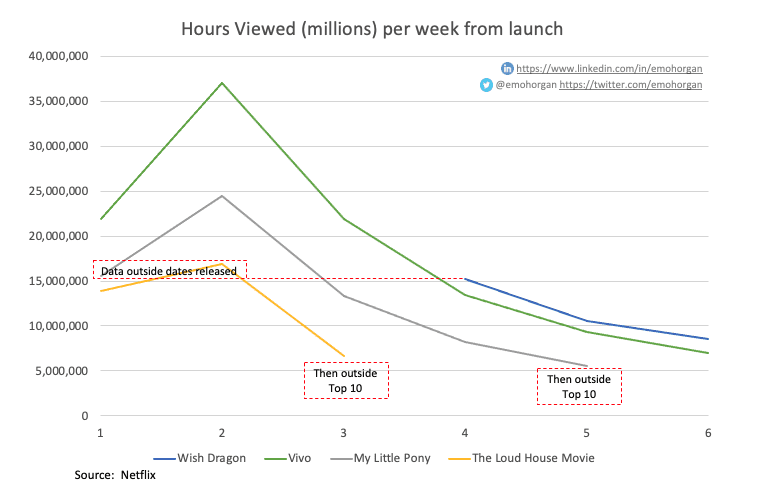 POLL : What did you think of The Good Doctor – Expired?
Throwback Thursday – The Shield – Family Meeting: “An all-time classic”
Dexter: New Blood – H Is for Hero – Review: Taking Shape
American Auto – Poster and Key Art
‘The Bachelor’ Couples Now: Who did ‘The Bachelor’ stars and their final rose winners ultimately marry? Where are they now? (PHOTOS)
Follow us on Facebook
Follow us on Twitter