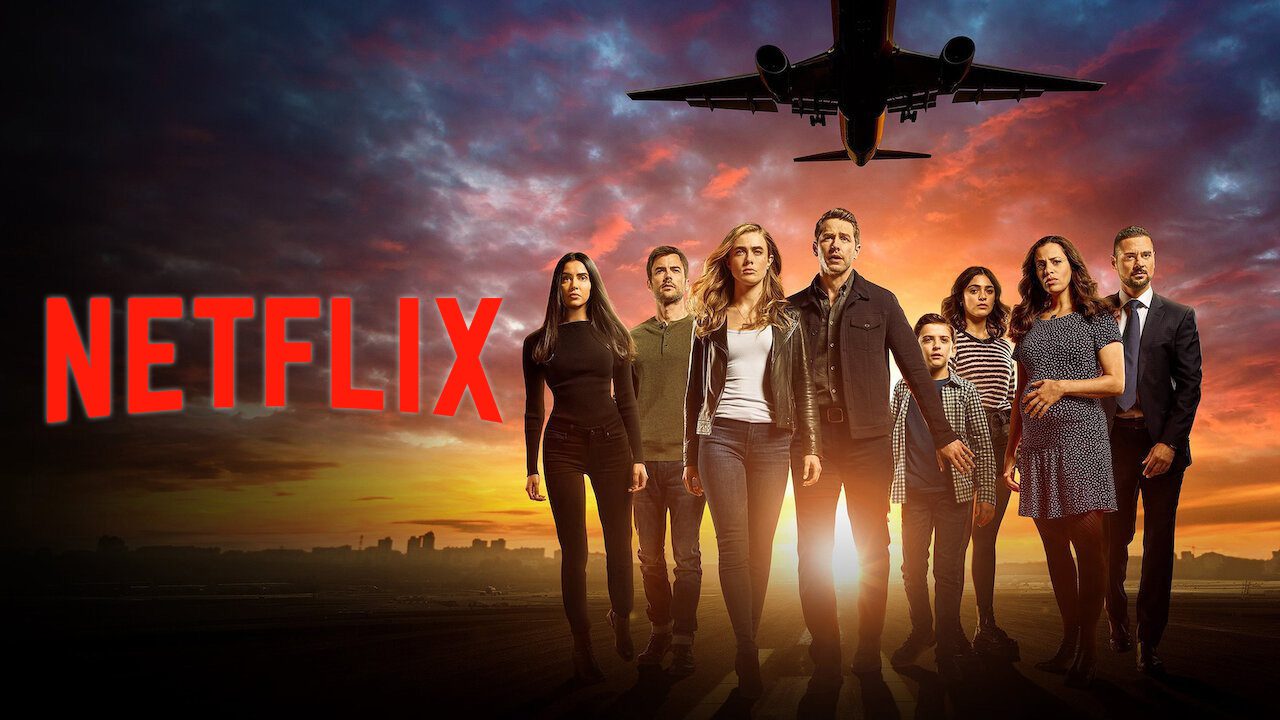 Filming on the fourth and final season of Manifest coming exclusively to Netflix globally is now underway despite many regions still not having access to the earlier seasons. Welcome to our very own supersized preview for the supersized final season of the show digging into everything we know and what we’re expecting from season 4 of Manifest coming soon to Netflix around the world.

There’s a ton to get through below where we’ll take you through the road to season 4.

Please note: this preview was first published in September 2021 and was last updated in October 2021 to reflect news and updates. Keep it bookmarked.

The Road to Manifest Season 4 on Netflix

Before we look to the future, let’s look at the road to Manifest season 4.

Manifest’s story began in 2018 when Flight 828 took off in the pilot episode on NBC. The series gripped viewers being the 9th top-rated show on NBC. NBC ordered a second and a third season however viewership had dropped substantially.

Season 1 reportedly had 12.61 million viewers on average which dropped by over half by the time season 3 began airing.

In the summer of 2021, the writing was on the wall for Manifest and this is where the timeline with Netflix begins.

NBC canceled the show shortly after Manifest’s season 3 finale aired on June 10th, 2021. In a likely last effort ditch to give the show some more exposure, Warner Brothers Television (who is the main owner of the show) licensed seasons 1-2 to Netflix on June 10th, 2021 as we first reported.

Once the show’s first two seasons dropped on Netflix in both the United States and Canada, the show took off. Netflix’s top 10s were the first early indication that the show was resonating with it appearing in the top 10s for weeks.

Many articles sprung up about how Manifest was the biggest show in the US for the summer (although that’s been disputed) it was enough to get the ball rolling on conversations for a revival.

Since the revival of the show, Netflix has revealed that between June 27th and September 12th, seasons 1-3 have been watched at least 214,520,000 million hours just in the United States and Canada.

After weeks and months of back and forth (and plenty of insider notes that talks were ongoing courtesy of Deadline) a deal was eventually struck and a supersized final season was announced on August 28th, 2021.

The third season was added to Netflix on August 21st, 2021 with Canada shortly following.

An in-depth piece from The Hollywood Reporter provides more context surround the cancelation and renewal and revealed that 25 million had checked out the show on Netflix within 28 days.

Some of the key sticking points for Netflix was picking up the global rights and making sure the cast could come back with the majority of the cast’s contracts had expired.

That’s where we move into what we know so far about season 4.

Everything We Know So Far About Manifest Season 4

Looking back to the announcement on August 28th that the series had been revived, a bunch of key details was revealed.

In the Hollywood Reporter article, Jeff Rake gave us an indication as to what we can expect from season 4 referring to the final 20 episodes as “incredibly visual”.

Some have speculated that we could experience a time jump in season 4. That could make sense given that the series will eventually coincide with the death date in 2024.

That could be referring to the bump in the budget the series is getting for season 4. According to Puck News, the budget for each episode is increasing by a million each from $4 to $5 million.

Speaking about the story we can expect, Rake said:

“I walked [Netflix] through a bunch of twists and turns, I’ve always had a bunch of big flags in the sand — things that would happen along the way. But the excellent news is that they’re now going to be able to see them all play out in real time, because the 20 episodes that I have been gifted allows me to take the entire roadmap that I already had planned out in front of me and overlay that over these 20 episodes. Fundamentally, I’m going to be able to continue telling the story that I was always going to tell.”

What cast members will appear in Manifest Season 4

One of the big issues surrounding renewal as we stated above was getting the cast on board.

In an interview with AllYourScreens ahead of the Netflix renewal, Jeff Rake when asked about the cast contracts said:

“In the weeks following the cancellation, the studio asked for the actors for a several week extension so they could shop around and see whether anyone wanted to pick up the show. And all of the actors were kind enough to do for a couple of more weeks. And then we got to a point where no one was immediately stepping up, and at this point, those contracts have expired.

So right now, those actors are out there as free agents. So that’s just one more hurdle we would have to overcome should we find our partner to continue producing the show.”

Josh Dallas, J.R. Ramirez and Melissa Roxburgh were the first two cast members to be confirmed to returning.

On September 9th, Parveen Kaur, Luna Blaise and Holly Taylor were confirmed to return. In addition, Ty Doran was promoted to season regular.

On September 10th, it was reported that Daryl Edwards who plays NSA director Robert Vance was promoted to series regular.

The key departure for the show thus far has been Jack Messina who played the role of Cal. That’s despite the fact it was reported that Cal was negotiating.

Although Matt Long originally had a scheduling conflict because of his appearance in a new NBC pilot, Getaway. TVLine reported that Matt Long will be in the fourth season with Jeff Rake telling the outlet him returning will allow “Zeke to complete his Manifest journey just as originally intended.”

No episode titles have been revealed just yet although we did get a first look at the “Blue Revision” of episode 401 which was shared with the infamous glasses known to long-time fans of the show.

One question you may have is why Netflix is renewing the show simply to only give it a single season (which could be construed to Netflix simply renewing and instantly canceling).

According to the aforementioned Hollywood Reporter article Jeff Rake “presented Netflix executives with three different options to wrap up the show” which were “A two-hour movie, a six-episode limited series or full season.”

Many will know Jeff Rake originally planned the show to run for 6 seasons and Netflix’s expanded season will get the show relatively close.

When will Manifest season 4 be on Netflix globally?

Instead, it’ll be in relation to when the rights to seasons 1-3 become available to Netflix. Some regions as we’ve reported are set to receive the show by the end of 2021.

Netflix US and Canada will debut the new season first (which is expected in late 2022) with any other regions that pick up the shows first three seasons this year.

In terms of when production begins, it’s tentatively been scheduled for November or December 2021. In an interview with EW, Rake said the following:

“I’m hopeful that cameras are rolling in November or December latest. We’re going to work as fast as we can while still keeping an eye on quality control, because we want to get episodes to everyone as soon as possible. We also want them to be excellent. It might take a minute for a brand-new batch of episodes to show up in people’s homes, but it’s going to be worth the wait.”

Where is Manifest Season 4 in Production?

Since the show was renewed in August 2021, the writer’s room has been hard at work to prep scripts.

In early October 2021, we got word that production was scheduled to begin in November 2021. It’ll be filmed entirely in New York again with much of the production taking place at Silver Cup Studios.

Pre-production started in October 2021 with Empire State Grips posting that they were beginning to prepare for filming with an Instagram post with the caption “We are doing a thing again.”

On November 18th, the first picture from the set of Manifest was released by Jeff Rake who confirmed that the show was back.

That’s all we have, for now. We’d recommend giving the official Twitter account for Manifest a follow for updates by the minute. We’d also recommend following @Manifesters_ on Twitter who are doing an awesome job of keeping up to every update regarding the show.

Let us know if you’re excited to watch season 4 of Manifest in the comments below.

Amy Roloff Updates On Her Dad’s Health
‘Sweet Magnolias’ Season 2: February 2022 Netflix Release & What You Need to Know
USD POLL : What are your favorite TV shows starting with M?
Ben Higgins Spills Dangerous Thing To Say On ‘The Bachelor’
‘The Resident’ Winter Premiere: Bell’s Diagnosis Brings Back Conrad Ricamora (PHOTOS)
Follow us on Facebook
Follow us on Twitter