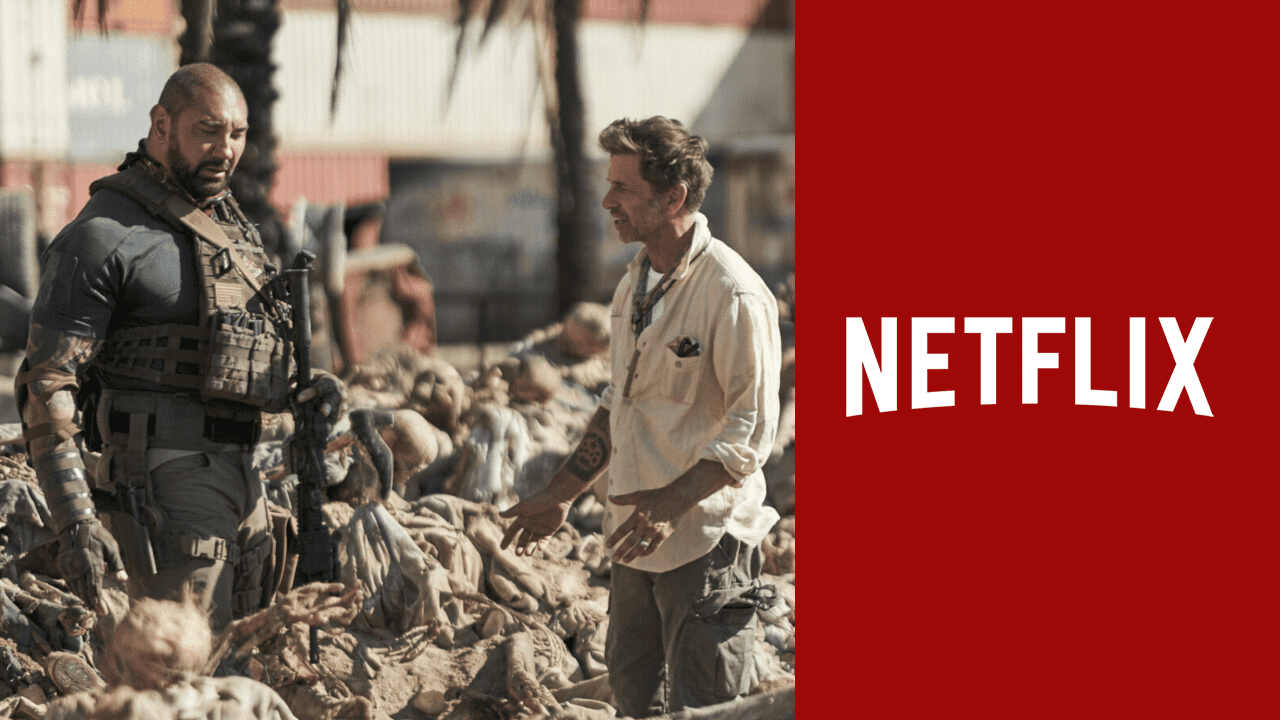 Army of the Dead has been one of Netflix’s biggest movies of 2021, so it shouldn’t come as a surprise that Netflix has greenlit the sequel to Zack Snyder’s action-horror, Planet of the Dead. Production of Planet of the Dead is still a long way from starting, however, we’ll be keeping track of everything you’ll want to know about the upcoming horror, including, the plot, casting news, productions updates, and the Netflix release date.

Planet of the Dead is an upcoming Netflix Original horror movie from Justice League director Zack Snyder, and the sequel to Snyder’s horror Army of the Dead. The horror will be the sixth project for Netflix that Zack Snyder has worked on, and the third film he’s directed for the streaming service.

Zack Snyder is co-writing Planet of the Dead with Shay Hatten, the writer of Army of Thieves and John Wick: Chapter 3 Parabellum.

What is the production status of Planet of the Dead?

So far Planet of the Dead has only been announced, and little to no development has been made on the project. Zack Snyder’s attention is focused on his next project, Rebel Moon, which begins filming in Spring 2022. This means that Planet of the Dead may be placed on the back burner for now and we may see some developments in the latter half of 2022.

However, with months still to go before Rebel Moon begins filming, there’s enough time for the screenplay to be written, the scripts, and other means of development.

What is the plot of Planet of the Dead?

A synopsis for the film has yet to be revealed, however, we can take an educated guess at what to expect from Zack Snyder’s horror sequel.

With Vanderhoe surviving the nuclear blast on Las Vegas, the mercenary was able to make his way to an airport and board a plane to Mexico City. Without realizing he had been bitten by Zeus, the progenitor of the zombie virus, Vanderhoe will unwittingly unleash a new zombie apocalypse on the people of Mexico, which will soon spread to all four corners of the globe.

Who are the cast members of Planet of the Dead?

According to the cast information listed on IMDb, the only confirmed cast member is Omari Hardwick, who will be returning to reprise his role as Vanderhoe, albeit a potential undead version of him.

Is Vanderhoe the new king of the zombies in Planet of the Dead? – Copyright. The Stone Quarry

Rumours are circulating that we will also see the return of everyone’s favorite German, Ludwig Dieter, who was last seen sacrificing himself in order to save Vanderhoe.

When is Planet of the Dead coming to Netflix?

As we’re still many months, and potentially a year away from filming, it would be safe to say that we will not be seeing Planet of the Dead on Netflix anytime soon. Given that we’re predicting filming for the movie won’t start until late 2022, or early 2023, we may not see the feature arrive until 2024.

Are you looking forward to Planet of the Dead on Netflix? Let us know in the comments below!

POLL : What did you think of The Good Doctor – Expired?
Hightown – Episode 2.10 – Fool Me Twice – Press Release
TV Insider’s Top 25 of the Week (November 22-28): ‘Hawkeye,’ ‘Dancing With the Stars’ & More
Richard Thomas and Logan Shroyer Preview The Waltons: Homecoming
La Brea Review – Ella’s Identity is Revealed (1×09)
Follow us on Facebook
Follow us on Twitter