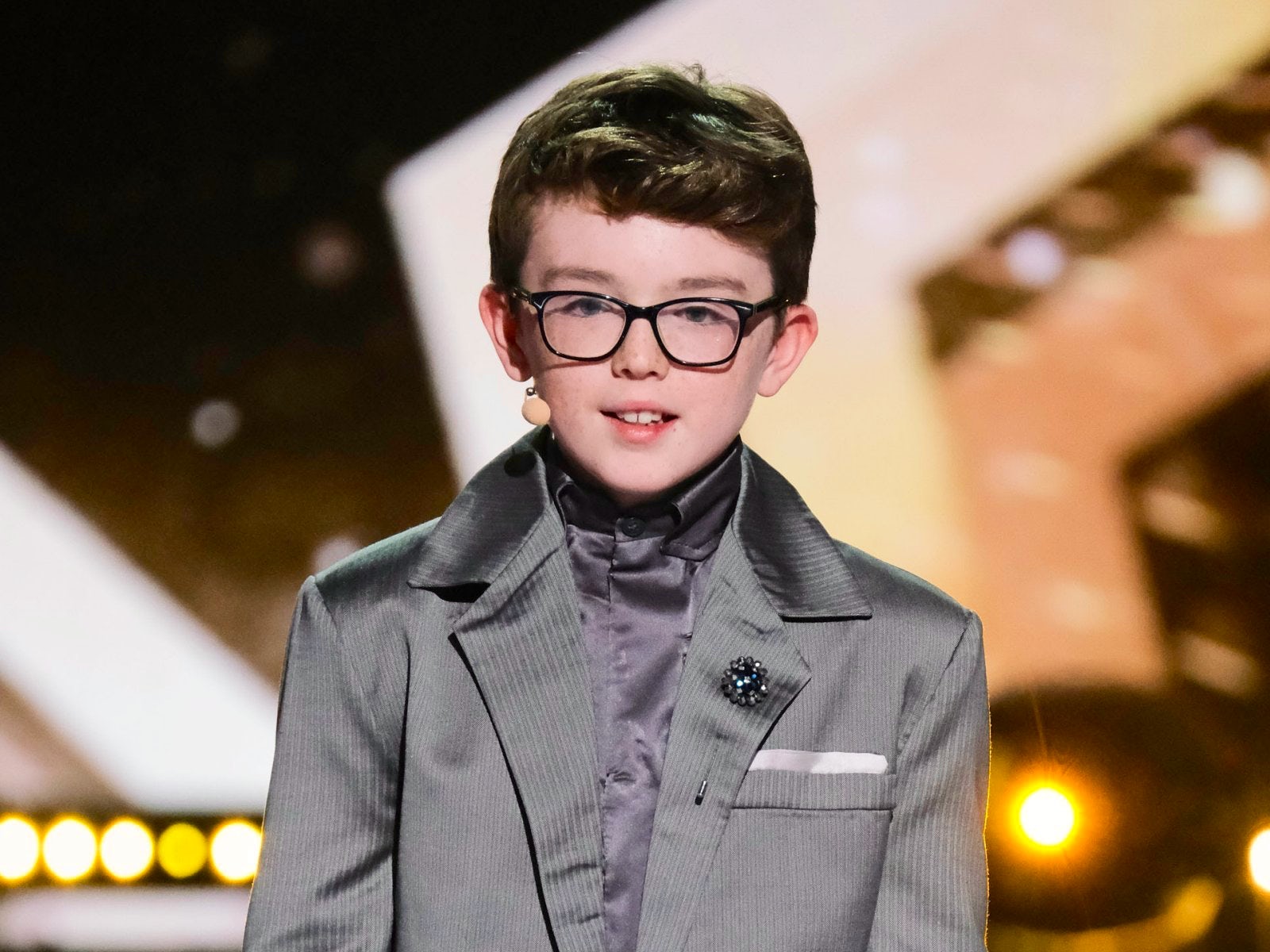 America’s Got Talent: All-Stars advanced its fourth — and final — Golden-Buzzer recipient, 13-year-old Irish magician Aidan McCann, of the competition during the auditions show that aired Monday night on NBC.

Aidan had made the finals of Britain’s Got Talent’s fourteenth season in 2020, but he was eliminated before the Top 3.

“Thanks to Britain’s Got Talent, I got to perform all over the world. I had my show on which I interview celebrities like Colin Farrell, Emily Blunt and The Jonas Brothers,” Aidan said in a video package that aired before he took the stage.

“And I got to perform on the Vegas stage with [one of] my favorite magicians. But my biggest dream is probably to have my own star on the Walk of Fame… This is definitely one of the most intense performances I’ve done… The next step is to win it, isn’t it?!”

When Aidan performed his magic act, Terry walked out onstage wearing the same exact suit, appearing confused and bewildered about what was about to happen.

Aidan then asked the judges — one at a time — to color in parts of his “superhero picture” that was part of a comic book he had handed them. Aidan blindfolded himself while they colored, and then he correctly guessed how the picture turned out.

In fact, Aidan was actually wearing the same exact colored costume under his suit, and Terry was as well! Aidan also correctly guessed what Terry had named the superhero prior to his performance.

And Heidi announced, “I don’t know how you did it. You are incredible. I love the magic, but really it is you who is the magic. You really are. I think you’re such a little star, you sparkled. I don’t know, what’s my head saying?!”

Heidi then hit the Golden Buzzer for the young talent.

“Terry knew nothing beforehand,” Aidan explained to People after his magic act aired.

“In fact, after we came off stage he said, ‘How did you get this superhero suit onto me, Aidan?!?’… Magic!! But I didn’t rehearse with him or anything so he knew nothing about the act or how I was going to include him. I just knew that he would be perfect, I am a massive fan of his! He has such great energy and showmanship!”

Aidan shared how it felt “so amazing” to be Heidi’s Golden-Buzzer recipient.

“I have seen so many performers get the Golden Buzzer on previous AGT shows and I have always thought that must be such a cool feeling,” Aidan said.

“I didn’t expect it at all! This is AGT: All-Stars, every act is so brilliant, so when Heidi pressed the Golden Buzzer, I actually had to tap my leg to check I wasn’t dreaming!”

Aidan teased that for the finals, he plans to “step it up” by making his act “more magical” and “more mind-blowing.”

“[And I’ll] add in plenty of Irish humor! And perhaps incorporate the judges, the audience and maybe even Terry again!” Aidan said.

“To win this entire competition would blow my mind! It is such a buzz performing on the AGT stage! It makes me feel so happy! To win would be unbelievable.”

Aerialists Power Duo, who previously won Philippines Got Talent in 2016, won the SuperFan Vote during Monday night’s broadcast and will therefore also be competing in the finale this season.

Mike had received Simon’s Golden Buzzer last week, and the week before that, Terry pressed the buzzer for Detroit Youth Choir. Howie hit the first Golden Buzzer of the season for Light Balance Kids.