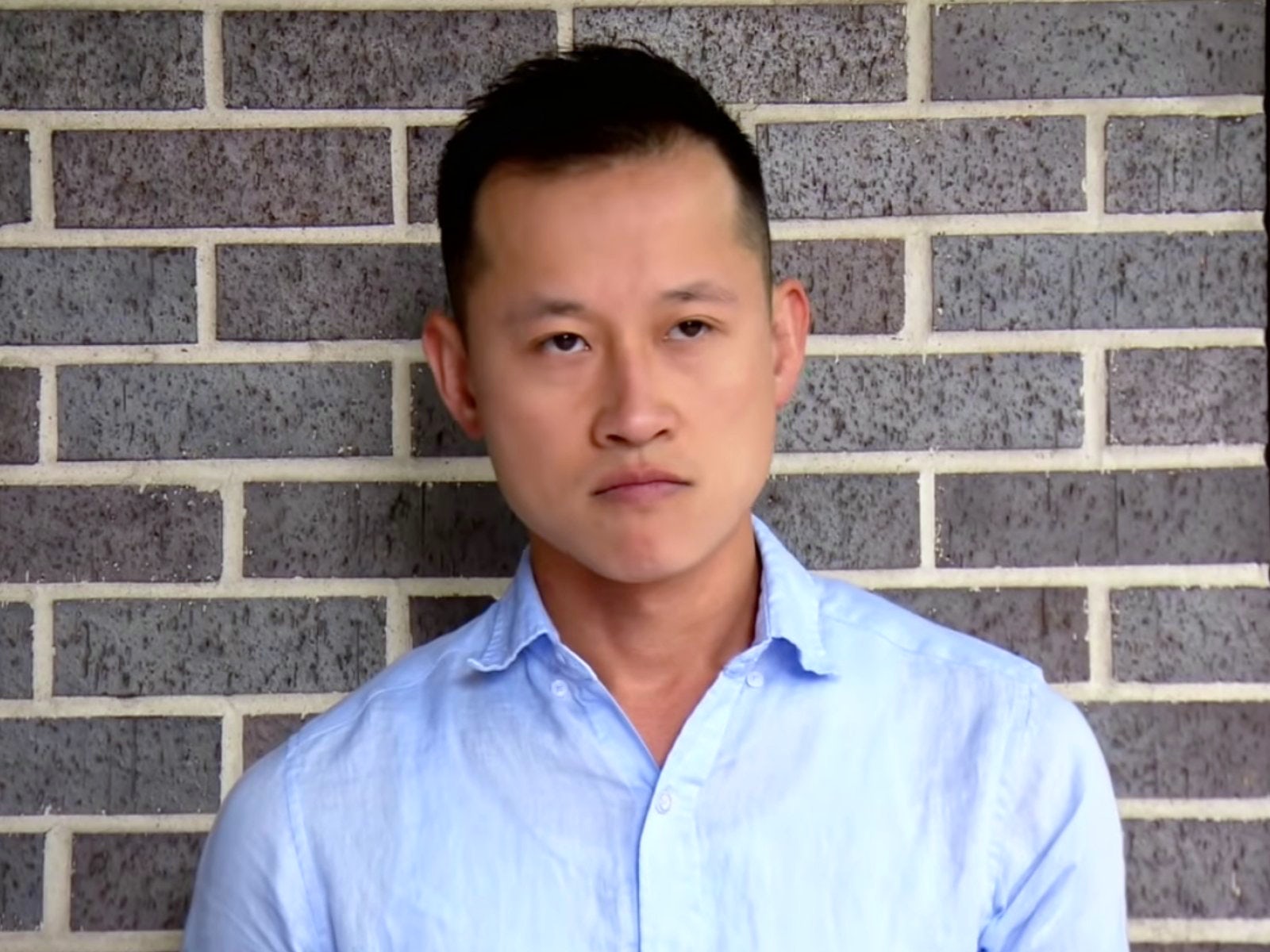 Married at First Sight alum Johnny Lam has slammed his ex-wife Bao Huong Hoang, claiming Bao was desperate to date any of the other grooms from their season after they chose to divorce.

On Married at First Sight’s thirteenth season, which aired in late 2021, Bao asked Johnny for a divorce on Decision Day when he had been hoping to stay married.

During the Married at First Sight: Kickoff Special for Season 15 that aired Wednesday night on Lifetime, host Kevin Frazier asked Johnny how he felt about Bao moving on and dating their co-star Zack Freeman — who had also divorced his MAFS wife Michaela Clark against her wishes — once Married at First Sight’s thirteenth season wrapped filming.

“I think Bao was just looking for anyone else on the season,” Johnny claimed. “I know she struck out first.”

Johnny was hesitant to reveal the man — other than Zack — whom Bao had allegedly struck out with after Decision Day.

But after Kevin pushed him to spill the tea, Johnny announced, “I think it was a one-sided thing. I think Bao liked [our co-star Ryan Ignasiak] — but Ryan didn’t reciprocate it.”

Johnny continued, “So I think she struck out with him first and the only person that’s left, if you think about it, is Zack.”

Zack would’ve been the only available groom left since Gil Cuero remained married to Myrla Feria and Jose San Miguel Jr. stayed married to Rachel Gordillo after Decision Day. (However, both couples have since split).

On the Married at First Sight: Where Are They Now? special for Season 13 that aired in November 2021, Bao was shown playing pool with her new friends, Ryan and Zack, and giving Ryan a hug at one point.

Zack then asked Bao out on a date, and the pair ultimately decided to have a serious, exclusive relationship about four months after “Decision Day” taped.

Bao even posted a photo on Instagram appearing to show Zack celebrating Thanksgiving 2021 with her and her family.

But around that time, a woman named Elena Guevara — a then 21-year-old cosmetology school student who had moved from Ohio to Houston in Fall 2021 — had accused Zack of repeatedly cheating on Bao with her and multiple other women.

Once Elena said she informed Bao that Zack was an alleged two-timer and provided evidence of text messages and such, Bao noticeably stopped following Zack on Instagram and the pair clearly called it quits on their romance.

“We had like a 20 minute [Instagram audio] call and I told her everything, and she was honestly in disbelief and clearly very hurt,” Elena claimed on India and Michelle’s YouTube channel.

Elena — who claimed she had no idea Bao and Zack were dating when she was involved with the MAFS alum for about a month — said once Zack was caught in a lie, he “played the pity card” and allegedly tried to get both Elena and Bao to feel sorry for him.

In October 2021, Michaela spoiled how her relationship with Zack had ended.

“Look Y’all, I am legally married (only because I’m contractual obligated to be) but very estranged,” Michaela wrote in a series of posts on her Instagram Stories.

“I have not spoken directly to that man in months.”

Michaela also told her followers on Instagram of Bao and Zack, “This honestly has nothing to do with me. So please stop dragging my name and mentioning me. I wish them the best.”

Michaela, however, commented on how Bao had broken “girl code,” and she subsequently threw some not-too-subtle shade at Bao and Zack after the Where Are They Now? special aired on Lifetime.

On Married at First Sight 13, Johnny and Bao seemed like a perfect match at first, but Johnny started getting annoyed with Bao’s supposed bad habits, such as her refusal to shower often and tendency to overthink things and take life too seriously.

Meanwhile, Bao admitted she felt “judged” early on and never protected by or safe with her husband. Bao recalled feeling very “anxious” while living with Johnny, from whom she said she had fundamental differences.

The pair found themselves bickering constantly until Bao determined they should get a divorce on Decision Day.

During the Season 13 reunion special, Johnny told Kevin that he didn’t feel like he could speak his mind during his marriage.

“Early on, I made an agreement with my wife that we would talk about things off-camera first. Bao very early told me that she has social anxiety,” Johnny explained.

He added, “There were so many times that I felt I couldn’t speak freely because I had yet to consult with my wife. I felt like Bao had isolated me. I was drowning. I was going down this path where I felt I was eventually going to lose who I was as a person.”

RELATED: ‘DANCING WITH THE STARS’ PROS AND THEIR SIGNIFICANT OTHERS: WHO’S DATING OR MARRIED TO WHOM!? (PHOTOS)

Bao volunteered how she didn’t want to talk about their sex life with the world, knowing her family and friends would be watching.

Johnny claimed Bao had allegedly felt the need to present herself a certain way during filming in order to “look good.” Johnny accused her of planning on-camera conversations and being fake or insincere for the sake of her reputation and being well-liked by viewers.

But Johnny said he wasn’t convinced his relationship with Bao wouldn’t work out in the long run, which is why he asked to stay married on Decision Day, even though they had slept apart for the last two weeks of the experiment.

Bao said that Johnny got “all of” her and he just didn’t like what he got, and then Johnny added how he and Bao were missing chemistry and a feeling of “warmth” in his heart.

The pair said on the reunion how they had lost touch after the experiment, with Johnny revealing they didn’t speak unless they got together with the Married at First Sight cast for certain events. Johnny also began dating other women at the time.

POLL : What are you watching Tonight? – 14th August 2022
‘The Bachelorette’ alum Dean Unglert reveals Caelynn Miller-Keyes proposal plans
Jeremy Roloff Applauds Audrey As She Tries Something New
High School Musical: The Musical: The Series – The Woman In The Woods – Review
‘The Young And The Restless’ Confirms Key Character Recast
Follow us on Facebook
Follow us on Twitter