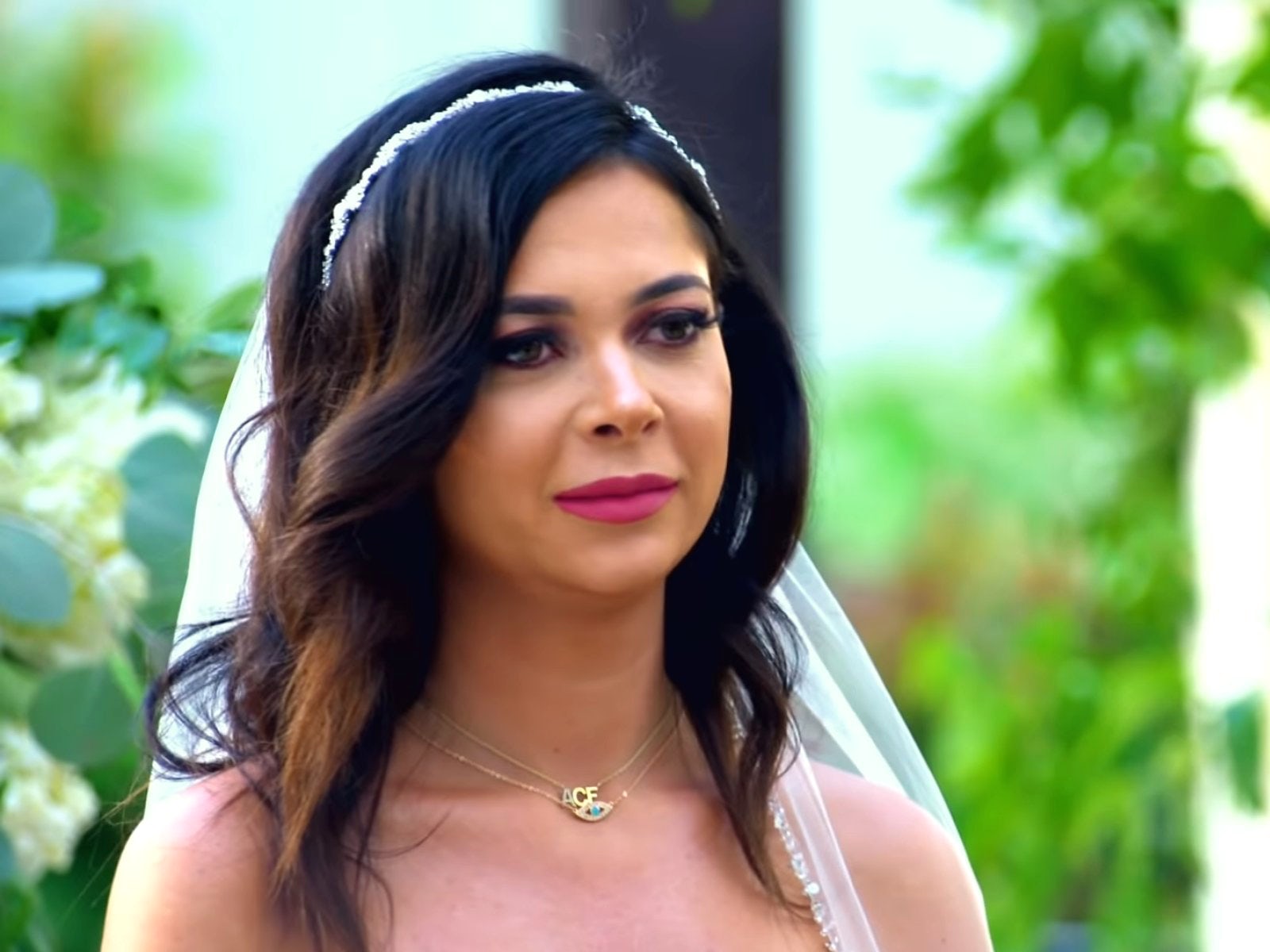 Married at First Sight star Chris Collette has revealed that Alyssa Ellman’s family and friends warned him to get out of Alyssa’s way when she’s having a bad day.

During last week’s episode of Married at First Sight: Afterparty, the talk show’s host Keshia Knight Pulliam asked Chris, “What did your spouse’s friends or family [tell] you? Any good advice?”

The advice from Alyssa’s loved ones apparently came across more like a warning.

“I met with Alyssa’s father, Alyssa’s mother — they’re separated and so I sat down with them separately — and her bridesmaids,” Chris recalled.

“And all three of them, I asked the same question. It was, ‘If Alyssa is having a bad day or a rough day, what can I do as her husband to help?'”

Chris said all three groups of people, “separately,” told him to back off.

Fellow Married at First Sight Season 14 star Olajuwon Dickerson joined Chris on Afterparty and shared how his groomsmen had advised his wife Katina to be patient, and he thought that was excellent advice.

In terms of what Olajuwon learned about his wife at their wedding, Katina’s loved ones allegedly said Katina is expressive physically but not verbally or emotionally.

“[They said], ‘Look at her face. Her face tells you everything. Katina is very reserved, but [her eyes] will tell you a whole story. If you can’t read that, then you will never know her,'” Olajuwon told Keshia.

But additional advice Chris received from Alyssa’s family and friends apparently left him with some hope after Alyssa had her post-wedding meltdown in the Boston hotel.

Alyssa cried to a producer behind closed doors about how Chris wasn’t her type and he doesn’t have one physical characteristic she had asked the experts for in a husband.

Alyssa also complained about not wanting to sleep in the same room as Chris given she wouldn’t be comfortable.

Alyssa had gathered earlier in the night how Chris “may be a little immature,” and she was completely turned off when Chris’ groomsmen told her that Chris can come across like a condescending and preachy know-it-all who “loves to monologue” — although he allegedly just likes to debate opinions and bring out the best in people.

On Afterparty, Keshia asked Chris, “You’re sleeping in your own bed and she’s in hers. Is there, at this point, any hope?”

“Umm, based on the feedback I got from her friends and family, yeah,” Chris replied.

Viewers watched Alyssa’s mother tell Chris to leave Alyssa alone when she needs to rant and rave, and Alyssa’s bridesmaids shared with Chris how Alyssa is slow to open up and isn’t an emotional or affectionate person at the start of a relationship.

“I’m thinking, ‘Just give her space,'” Chris recalled. “Look, we married strangers! The emotions cannot possibly be higher. It is prime for rash decisions.”

Chris therefore revealed of his gameplan after the wedding, “Be me.”

“Be as charming as I can be,” Chris noted with a little laugh, “and try to be a good guy — whatever that means to her.”

“And hopefully [I’ll] learn and convince her that I am husband-worthy,” Chris noted.

When Alyssa and Chris tied the knot on last week’s episode of Married at First Sight’s fourteenth season, Alyssa was a bit cold to her husband while taking photos and celebrating at the reception.

Alyssa told the cameras how she thought it was disgusting when Chris had referred to himself as “Alyssa’s side piece” in an elevator.

“He wouldn’t normally be my type,” Alyssa vented in a confessional. “I don’t want to get upset. I don’t want this on-camera.”

Once Alyssa exited the room, she apologized to Chris for making him sit by himself in the hotel lobby for so long, and she proceeded to tell him that she wanted to spend the night apart.

Law and Order – Season 22 – [*****] Not Returning
The Daily SpoilerTV Community Open Discussion Thread – 23rd May 2022
The Good Fight to End With Season 6 on Paramount+
Fans Can’t Help But Compare Kody Brown To One Sitcom Character
Hallmark’s ‘Christmas In London’ Now ‘Jolly Good Christmas’: First Look
Follow us on Facebook
Follow us on Twitter