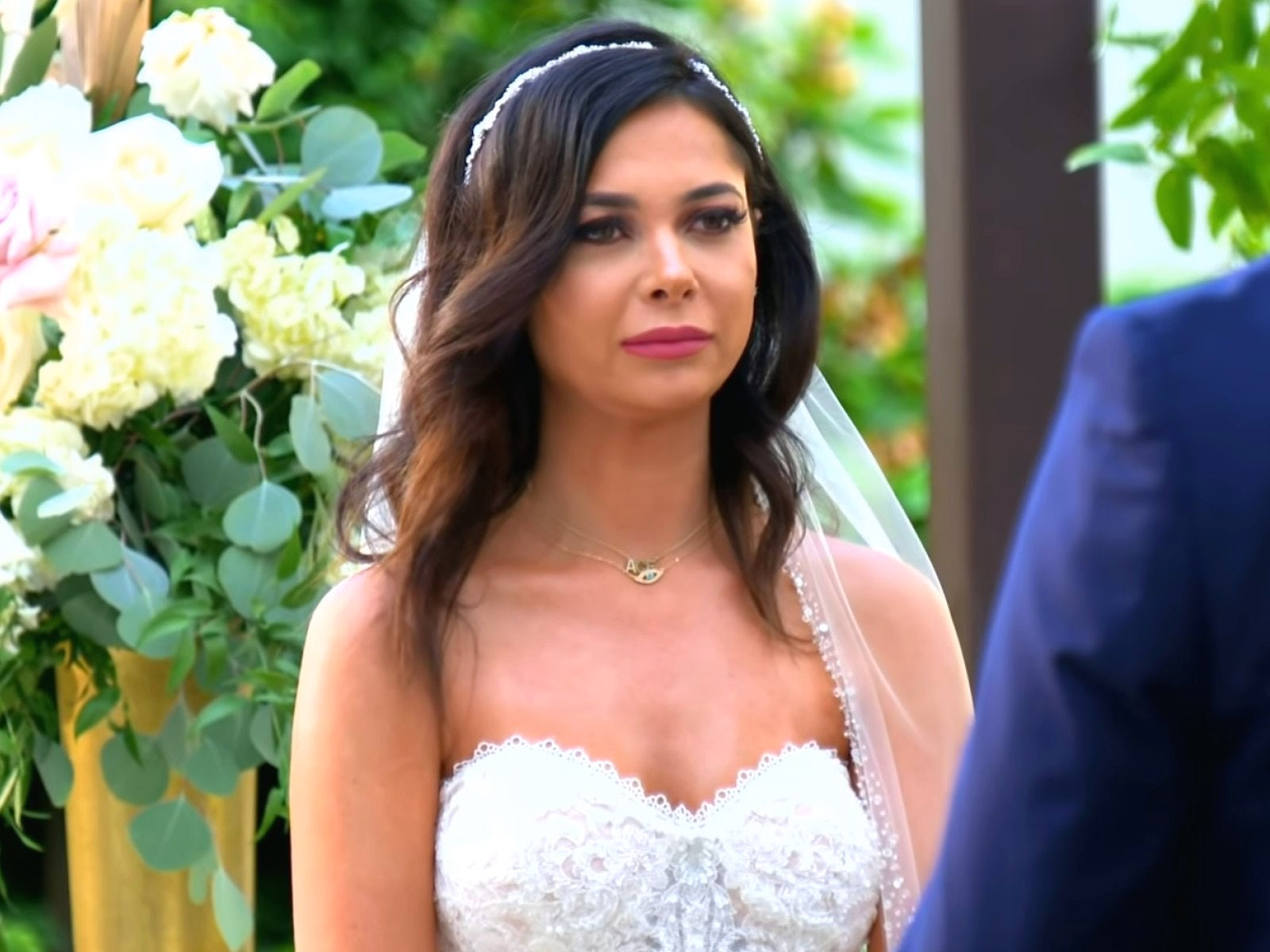 Married at First Sight star Chris Collette has revealed what was going through his mind when Alyssa Ellman told him after their wedding reception that she wanted to go their separate ways and sleep apart for the night.

During Wednesday night’s episode of Married at First Sight: Afterparty, Chris watched back a Season 14 clip of Alyssa confronting him after essentially having a post-reception meltdown behind closed doors with a MAFS producer.

“There are some things that have been said that just don’t sit right with me,” Alyssa tells Chris in the footage. “I think what’s best for right now is get some sleep because it’s been a super long day.”

“Okay. Is there anything you want to know?” Chris asks.

“I’m sorry to hear that,” Chris replies, before his new wife walks away from him and leaves him in distress.

When Chris found himself sitting in the hotel lobby alone on his wedding night, Chris said he was thinking to himself, “This is not what I signed up for.”

“I didn’t know what to do. I considered going home,” Chris confessed.

“And that’s when I was like, ‘I don’t want to be the guy who calls it quits before I know for sure that it is done.”

Chris decided to “keep pushing through” as a result.

Afterparty host Keshia Knight Pulliam applauded Chris for keeping his cool and handling the situation with “such class” because “it couldn’t have been easy.”

But Keshia admitted she was “baffled” by Alyssa’s behavior and therefore asked Chris if viewers had missed something.

“Nothing has gone badly or poorly throughout the day. We chatted, we had dinner,” Chris began.

But it sounded like Alyssa had kept a distance from her groom for most of the reception.

“When we danced, she never really danced near me. She didn’t ever really make any effort to talk to me through the reception,” Chris claimed.

“I would find myself — she’d go dance with her friends and I would try to sort of, like, mosey my way in her direction. I tried to spend time with the person I’m marrying.”

Chris recalled being totally in the dark about the conversation Alyssa had with his groomsmen earlier in the night, which seemed to spiral Alyssa’s emotions.

“This is the moment where I don’t know that my friends have said anything. I don’t know what’s going on,” Chris noted.

Chris’ friends had suggested Chris can be condescending, preachy and arrogant, although they tried to put a positive spin on thing by giving Alyssa advice on how to handle her groom. Chris’ pals even said Chris “loves to monologue,” painting him in a negative light.

But there was more behind Alyssa’s outburst than just what Chris’ friends had said.

Alyssa told the cameras Chris had turned her off when he referred to himself as “Alyssa’s side piece” in an elevator.

“He may be a little immature,” Alyssa complained in a confessional. “He wouldn’t normally be my type. I don’t want to get upset. I don’t want this on camera.”

Once the cameras were off her face, viewers could hear Alyssa venting to a producer about Chris behind closed doors.

Alyssa alleged she and Chris are “so different” and she didn’t feel comfortable sleeping in the same room as her new husband.

“Physically, I do not see one characteristic in him that I asked for,” Alyssa lamented. “Do I sit with him and tell him this? What do you do in these situations?”

Once Alyssa exited the room, she apologized to Chris for making him sit by himself for so long, and she proceeded to let him down gently about her decision to sleep apart.

Based on previews for the rest of Married at First Sight’s fourteenth season, more drama is going to unfold between Chris and Alyssa.

Married at First Sight, which currently airs on Wednesday nights at 8PM ET/PT on Lifetime, also stars Noi and Steve Moy, Mark Maher and Lindsey, Olajuwon Dickerson and Katina, and Jasmina and Michael.

TV Ratings for Friday 20th May 2022 – Network Prelims Posted
‘House’ Ended a Decade Ago: 10 Stars Who Had Guest Turns
‘Fate: The Winx Saga’ Season 2: Estimate Netflix Release Date & What To Expect
‘DWTS’ Pro Alan Bersten Celebrates A Birthday — How Old Is He Turning?
‘The Orville: New Horizons’ EP Promises ‘Liberated’ Storytelling in Season 3
Follow us on Facebook
Follow us on Twitter