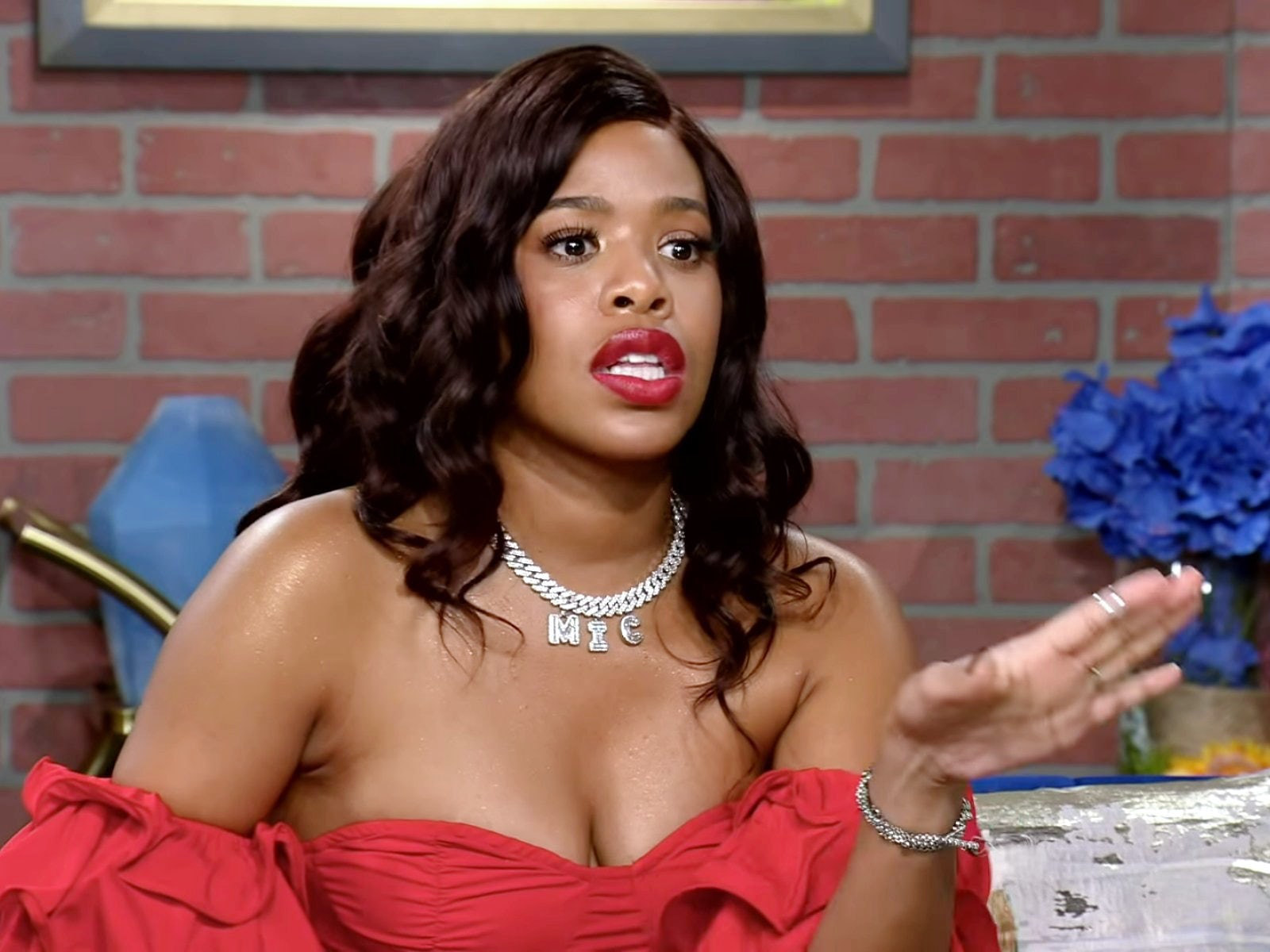 Married at First Sight star Michaela Clark has taken a not-too-subtle shot at Zack Freeman and Bao Huong Hoang’s decision to begin dating each other after their respective marriages to Michaela and Johnny Lam didn’t work out.

Married at First Sight viewers were updated on the Season 13 cast members’ lives during Lifetime’s Where Are They Now? special, which aired Wednesday night on Lifetime and showed Michaela and Zack each trying to move on from their unsuccessful marriages four months after “Decision Day,” when Zack had told Michaela he wanted a divorce.

While Michaela was focusing on bettering herself after moving into a new home, Zack decided to asked Bao — who, like Zack, had opted to divorce her spouse at the conclusion of the eight-week arranged marriage experiment  – out on a date, which eventually led to Zack and Bao deciding to be in an exclusive relationship.

Michaela took to Instagram on Thursday and posted a photo with her MAFS co-star Gil Cuero, who was suddenly brutally dumped by his wife Myrla Feria shortly after Myrla and Gil had each opted to remain married on “Decision Day.”

As the conclusion to her post, Michaela wrote in the caption, “Edit: Aht, aht. Some of us have too much respect for the process & the work the experts put in to try and date someone within this very unique little MAFS universe.”

“Especially after seeing people plan their future together in real time; Some cast members do not share this same sentiment,” she continued.

“But some of us have a moral code when it comes to dating. Let’s normalize healthy, male-female platonic relationships.”

While Michaela didn’t actually mention Zack and Bao by name, the target of her comments remained obvious given none of Married at First Sight Season 13’s other participants have openly begun dating another participant since the end of their marriage to the person with whom MAFS experts Pastor Calvin Roberson, Dr. Pepper Schwartz and Dr. Viviana Coles matched them.

(Rachel Gordillo and Jose San Miguel are the only original Season 13 couple that stayed together).

While Johnny and Myrla have a flirtatious friendship and Johnny hinted he may be interested in Gil’s ex romantically, the Where Are They Now? special never showed Myrla taking Johnny out of the friend zone.

Michaela also reflected on the last year in her Instagram post, writing to her pal Gil, “Thanks for being a solid skillet biscuit, Gil. Truly became someone I could give a house key & the garage code to… And yes, Gil stayed on my neck throughout the process because good people just want to see other good people be better and improve upon their shortcomings. Healed people, heal people.”

She added, “ALSO! Stop asking me to help you shoot your shot! His IG is @gilmeezy shoot your own dang shot. (And this goes for my friends too lol).”

This isn’t the first time Michaela has lashed out at Zack and Bao or made mention of “codes” being broken as rumors of Zack and Bao’s post-show romance first began circulating back in September.

Zack and Bao had been spotted enjoying a romantic dinner together while being filmed by a camera crew, a scene which aired during the Where Are They Now? special.

And Zack and Bao, based on fan sightings and photos sent to the @MAFSfan Instagram account, were also seen hanging out at The Museum of Fine Arts in Houston, TX, as well as a club with friends.

In October, while Married at First Sight was still airing, Michaela spoiled how her relationship with Zack had ended.

“Look Y’all, I am legally married (only because I’m contractual obligated to be) but very estranged,” Michaela wrote in a series of posts on her Instagram Stories.

“I have not spoken directly to that man in months.”

Michaela also told her followers on Instagram of Bao and Zack, “This honestly has nothing to do with me. So please stop dragging my name and mentioning me. I wish them the best.”

One person replied, “Bao and Johnny relationship had nothing to do with [you] either yet you shaded Bao and brought up unnecessary details to make her look bad. What about #GirlCode?”

Michaela responded, “She’s dating my husband. What about girl code?”

The same Instagrammer then wrote back, “For real?? In that case, you were right.”

The Instagram user initially took a shot at Michaela, presumably, for comments she had made about Bao being two-faced during a mid-October episode of Married at First Sight: Unfiltered.

“What I appreciate about Johnny is that, while his language may have been a little bit better, he was consistent all around,” Michaela shared.

“Bao would kind of, like, teeter. She would, you know, tear him apart when talking about him in the background, but then when it’s [to his] face, it’s like all well and good.”

When asked if Bao had ever spoken badly about Johnny to her personally, Michaela alleged, “Yeah, all the time. So that cutting down stuff, like her saying…”

“What does she say then?” Unfiltered host Jamie Otis asked, interrupting Michaela’s train of thought.

“I don’t want to say what she says,” Michaela firmly responded.

Johnny then interjected, “I’ve heard from other wives it’s always that I’m a bad husband and everything is my fault…”

Michaela uploaded another post on Instagram on Thursday and told fans that her life is not “ruined” because of her time on Married at First Sight.

“Because of this experiment I found out I have ADHD and was operating with high functioning anxiety,” Michaela revealed.

“Mix in my past trauma & boom… lack of emotional regularity/impulse control. I’ve been on constant survival mode & defensive AF. A hurt person, hurting people. Which sucks.”

‘The Bachelor’ couple Matt James and Rachael Kirkconnell return to where they fell in love
What’s Coming to Prime Video in February 2022
Nancy Drew – The Spellbound Juror – Reviews – Final Stretch?
Netflix K-Drama ‘The Sound of Magic’: Filming Ends & What We Know So Far
‘Married At First Sight’ Fans Frustrated With Priorities Of Matchmakers
Follow us on Facebook
Follow us on Twitter