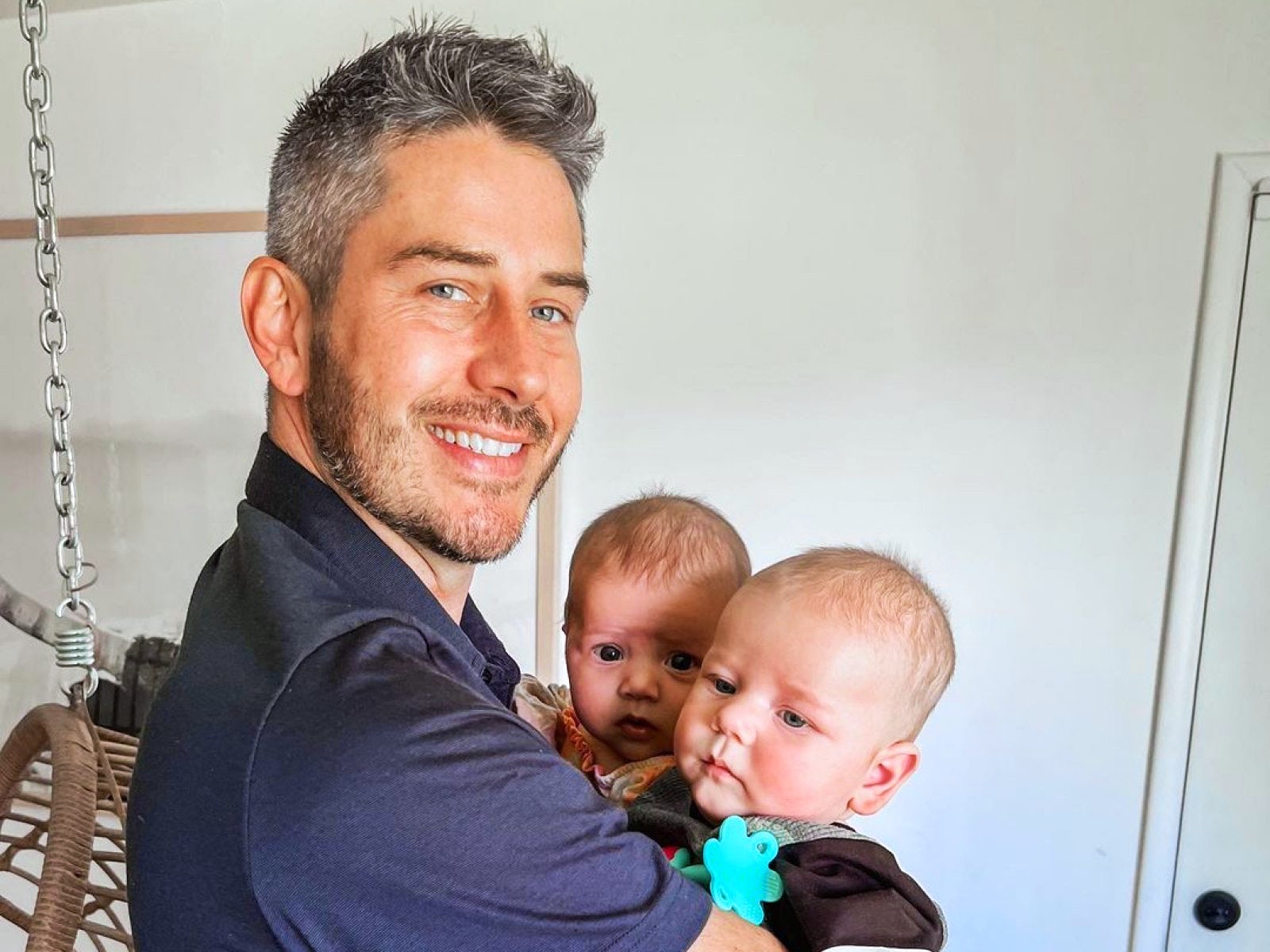 The Bachelor alum Arie Luyendyk Jr. has revealed he underwent a vasectomy so he and wife Lauren Burnham can’t have any more children.

Arie — who is dad to daughter Alessi, 2, and fraternal twins Senna and Lux, 7 months — documented his trip to get a vasectomy Tuesday on his Instagram Story.

“Getting mentally ready for my vasectomy,” Arie wrote on a photo of himself drinking a cup of coffee.

After sharing a few cute videos of his happy kids, Arie posted a video four hours later of Lauren holding his arm as the pair walked into a clinic or hospital where Arie was going to have the procedure done.

“Here we gooooo,” the Season 22 The Bachelor star wrote.

Arie could be heard telling his wife, “I’m terrified,” to which she replied, “It’s going to be fine.”

“It’s nothing,” Lauren noted with a big smile.

And one hour later, Arie filmed himself in his car.

Arie pointed out how he was beginning to get some color back into his face.

“I thought you were going to pass out,” Lauren said as she drove the car.

“Yeah. Do you want me to give you the details or do you not even care?” Arie asked his followers on his Instagram Story. “Just let me know — because I’ll elaborate, but only if you want me to.”

Arie admitted in September 2021 he didn’t want to have another child after welcoming twins with Lauren.

“Any more babies? Arie?,” Lauren asked her husband in a video posted to Arie’s Instagram Story at the time.

“No,” Arie firmly replied, shaking his head. “No more babies!”

Lauren laughed and told their Instagram followers, “You heard it first!”

In the video — which was one of many clips posted as part of the couple’s Q&A session with fans — Lauren and Arie each had a baby strapped to their chest.

Arie previously admitted that after having twins, raising three young children was “complete chaos” and the babies had different sleep schedules.

However, Arie and Lauren have said they complement each other really well when it comes to taking care of their little ones.

“If she’s having a mental breakdown, I get it together,” Arie told Us Weekly of his wife, who was hospitalized with postpartum health issues in July 2021.

“That is what makes us great at co-parenting. We can sense when the other needs a little bit more heavy lifting on the parenting end.”

Arie and Lauren announced they were expecting their first child together in November 2018 and revealed two months later that Lauren was pregnant with a daughter.

Lauren gave birth to Alessi in May 2019, just four months after she and Arie tied the knot at Haiku Mill in Maui, Hawaii.

Lauren went on to suffer a miscarriage in May 2020, but she and Arie announced in December of that year that Lauren was pregnant again, with twins this time. The following month, the couple revealed they had a baby boy and a baby girl on the way.

Lauren finished Arie’s season of The Bachelor in second place when Arie actually chose Becca Kufrin as his winner and popped the question to her during the Final Rose Ceremony, which aired in March 2018.

But weeks after getting engaged, Arie decided to dump Becca because he claimed he was still in love with Lauren, and then he begged Lauren for a second chance.

Once Lauren took the former racecar driver back, Arie proposed marriage in March 2018 on The Bachelor: After the Final Rose after Season 22 aired on ABC.

Arie and Lauren subsequently moved into their first home together in Phoenix, AZ, in April of that year. They now split their time between homes in Arizona and Hawaii.

Watch Dynasty Online: Season 5 Episode 12
‘This Is Us’ Boss Dan Fogelman on the Series Finale’s ‘Honest Reflection’ of Family
Grey’s Anatomy Round Table: Shedding Light on AAPI Hate Crimes, Kaimelia’s End, and More
‘The Bachelor’ alum Kendall Long teases engagement with boyfriend Mitchell Sage: “I’m excited about that”
POLL : What are you watching Tonight? – 24th May 2022
Follow us on Facebook
Follow us on Twitter