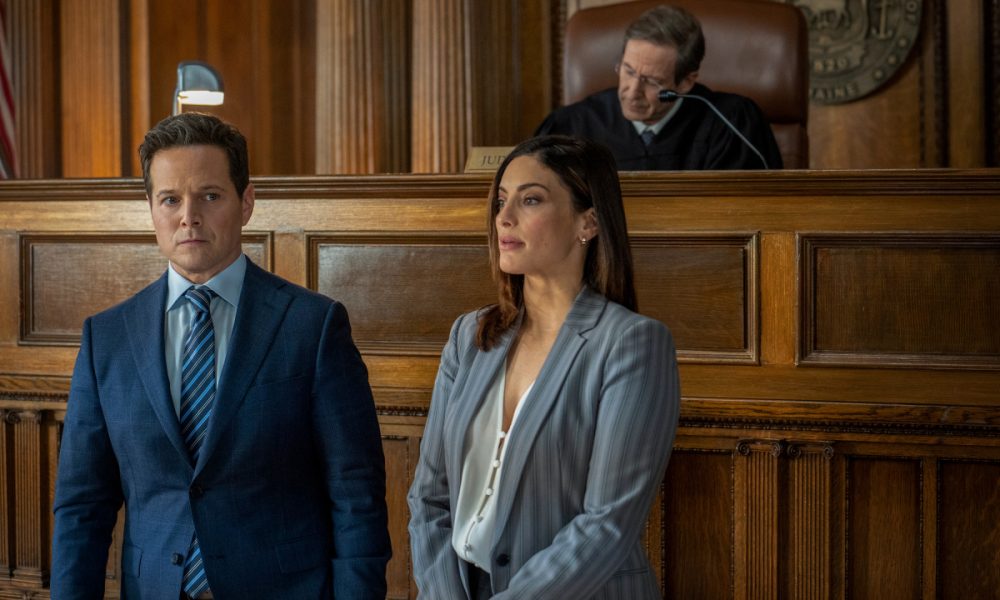 That was one heightened episode of Nancy Drew.

And it was all thanks to Bess’s truth spell. I love Bess, but I honestly don’t know why she thought that she could outsmart an original sister in white with one of the new spells she picked up. It was obvious that she was out of her league here.

And though I don’t have a soft spot for Temperance, it was a neat little party trick that really got everyone to open up and let their real feelings be known.

For some, that was a good thing. For others, not so much. But we’ll get into that a bit more later.

Nancy Drew Season 3 has been an incredible season. I keep thinking that they can’t manage to deliver better twists and build up more intriguing mysteries, and I’m proven wrong every single time.

The season, and this premiere, had me on the edge of my seat as what seemed like several separate storylines bled together into one poignant moment: the ore.

And they even managed to tie in the youth center while finally revealing Temperance’s master plan.

But again, we’ll get to that in a minute because the priority for this episode should’ve been saving Ace… and it absolutely wasn’t.

I can’t be the only one who was actually disheartened by the fact that none of Ace’s friends even noticed he was missing? I mean, I understand that they were all busy with their situations and cases, but not one of them even batted an eye at his absence.

Ace deserves better. He’s always there for every single one of his friends, and yet, he can’t get the same respect or love.

12 Reasons Why Ace is the Best Character on ‘Nancy Drew’

Bess called him because she needed his help, but when he didn’t respond, she simply kept on keeping on.

Nancy’s gut told her something was off, especially when Ace didn’t show up for his interview at the morgue, and then she still allowed her lust for Park to take over.

And sure, they finally came through for him in the end and save him and Hannah from being erased from existence, but the damage had already been done.

I can’t blame Hannah for her immediate decision to get out of Horsehoe Bay. That town has a way of working its way into people.

And clearly, more darkness is on the horizon.

Nancy enjoyed a moment of bliss after the truth serum allowed her and Park to clear the air. She felt a little jaded that he dodged her kiss, he informed her that he was crazy about her, and they hooked up in the coat closet at the party.

Nancy and Park have great chemistry, so their relationship makes sense. Plus, it’s been a while since Nancy has been with a great guy.

Admittedly, it’s also nice to have someone from the FBI “in the know” about the supernatural so that Nancy isn’t always going against the grain to solve things.

She would always hit a brick wall when it came to solving these cases with the previous agents, so Park fits in nicely here.

However, it’s hard to be happy for Nancy at this moment when it means that Ace is hurting. And the possibility of Nancy and Ace got so close only to be torn out right from under us.

Why didn’t Nancy ask Ace what he wanted to talk to her about the night he got stood up? I wanted to scream at the TV. Of course, even if she did, Ace would’ve just likely dodged the question because he’s not the kind of guy to go and screw up her relationship for selfish reasons.

But Nancy should take into consideration that she just admitted to George that she loves Ace! He missed his shot with her because he was pulled into the liminal place. That hardly seems fair.

I’m still rooting for Ace and Nancy to find their footing. He was so confident that he could get through to her, and he did, because they’re meant for each other!

Elsewhere, relationships were forming — see Jean and Carson Drew — while others were falling apart — see Nick and George.

The series really doesn’t want George and Nick to have a happy ending. Or they do, but not right now.

They keep doing this back-and-forth dance with Nick and George that’s really heartbreaking to watch. They went from engaged to almost married back to dating to breaking up.

None of what George said was invalid, however. If this is her first real relationship, it makes sense that she might want to date other people so that she’s not settling for the first thing that fell into her lap. But it’s also not entirely fair to consider Nick as someone she’s “settling for.”

I think at this point, they are way too immature to continue on with their relationship. They need space to figure themselves out first before they can commit to each other. And I just hope the series commits to that decision.

I don’t want George and Nick running to each other shortly after she realizes that Temperance is using him in her plan to tear down the veil between the two worlds to reassemble her daughter’s soul.

Oh, and yeah, that’s what Temperance is up to. Who would’ve thought the original sisters in white had a valid reason to kick her out of town.

Temperance is crafty, so my guess is that the blood curse she did using Bess and Nancy will somehow pull them into this whole mess. And Nick’s already in it if he wants his youth center kids to survive because, you know, she placed a whole hex on them.

I’ll be honest, I don’t trust Bess’s girlfriend in the slightest. She seems like she’s with Bess on all of this, but what if she’s just a distraction?

She knew all about the ore, she asked about the artifact, and she was way too calm about the whole supernatural aspect of everything. Plus, she’s connected to the youth center, which just happens to be the site where the artifact is buried.

It’s all too fishy.

And finally, it’s good to see that Ryan is taking his new lifestyle to heart. He’s made great strides since losing his trust, so I didn’t want to see him go back to his old ways.

It was a little touch-and-go there as Tyler propositioned him with a lucrative salary to seal the deal at the youth center, but Ryan knows better. He knows better than to get involved in any more dirty business!

Plus, it was great to see him use the truth serum to his advantage and out Tyler for being a shady and scummy guy!

What did you think of the Nancy Drew midseason premiere? Are you loving this season as much as I am?

Sound off in the comments!

USD POLL : Who was your favorite character on Nashville?
Netflix K-Drama ‘Thirty-Nine’ Season 1: Coming to Netflix in February 2022
‘Married At First Sight’ Fans Frustrated With Priorities Of Matchmakers
‘The Watcher’ Netflix Limited Series: Everything We Know So Far
‘The Amazing Race’ Racers Anthony Sadler and Spencer Stone explain why they didn’t return for restart
Follow us on Facebook
Follow us on Twitter