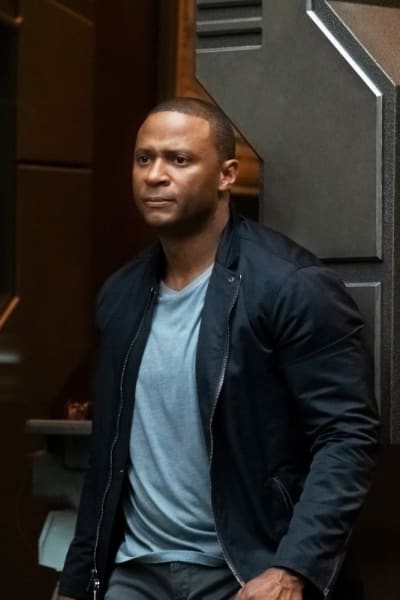 David Ramsey’s time in the Arrowverse is not over.

The Arrow original star has been tapped to headline Justice U, a new superhero drama at The CW.

“After spending years fighting alongside masked heroes, John Diggle embarks on a new mission to recruit five young meta humans to live undercover as freshmen at a prestigious university,” reads the official logline for the project.

“There he will oversee their education and train them to become the heroes of tomorrow.”

Ramsey will reprise the role of Diggle in the potential spinoff from Michael Narducci (The Vampire Diaries) and Zoanne Clack (Grey’s Anatomy).

Ramsey is also set to direct the pilot, if the project moves beyond the development stage.

Arrow kicked off the Arrowverse in 2012, with Ramsey as a series regular for all eight seasons.

It wrapped up its successful run two years ago, and Ramsey has remained present as Diggle throughout the remaining shows set in the superhero universe.

If you watch Arrow online, you know there were hints that he could suit up as Green Lantern down the line.

Whether that could happen in the potential offshoot, we don’t know.

This is the second spinoff of Arrow to be in the works that was set to take place following the series finale.

Despite the episode drawing higher than usual ratings for an episode of Arrow, The CW left fans waiting for an eternity for an official decision on a full-fledged series.

Unfortunately, it was scrapped.

Ramsey will next direct Superman & Lois Season 2 Episode 2, before appearing on an upcoming episode of Batwoman.

The CW also has Gotham Knights in development for a potential pickup.

“In the wake of Bruce Wayne’s murder, his rebellious adopted son forges an unlikely alliance with the children of Batman’s enemies when they are all framed for killing the Caped Crusader,” reads the logline.

“And as the city’s most wanted criminals, this renegade band of misfits must fight to clear their names”

“But in a Gotham with no Dark Knight to protect it, the city descends into the most dangerous it’s ever been.”

“However, hope comes from the most unexpected of places as this team of mismatched fugitives will become its next generation of saviors known as the Gotham Knights.”

What are your thoughts on Ramsey’s latest encore?