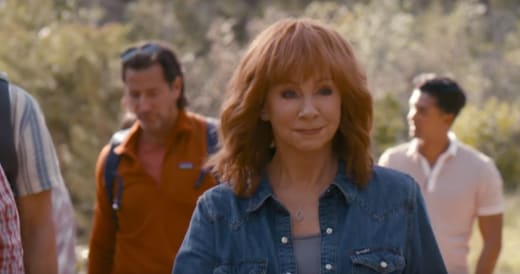 Big Sky is not slowing down.

We’ve already had countless mysteries over the course of two seasons, and looking ahead to Season 3, we’re getting another new mystery.

ABC dropped a chilling teaser this week for Big Sky Season 3, and the clip confirms the series will have a new subtitle.

It is referred to as Big Sky: Deadly Trails, which may well be an attempt to entice new viewers or viewers who fled when some of the mysteries dragged on too long.

There’s a lot to look forward to on Big Sky Season 3, and the official teaser is narrated by Reba McEntire.

The country music star has joined the cast as Sunny Barnes.

“Welcome to Montana, a place where the horizon never ends, full of friendly folk just trying to do right. but in the untamed wilderness, you never know what’s going to be coming around the bend,” McEntire says.

“One thing’s for certain, once you set foot in this place in this place, you may never want to go home again — and you might not.”

It’s a fun look ahead and one that shows Sunny Day excursions and the trips that are the talking point of the local area.

However, things seemingly take a deadly turn on a hike when a hiker looks to be thrown from a cliff.

Is there more going on here than we’re being led to believe?

This is Big Sky, so expect more drama.

We also see Cassie working with new sheriff Beau (Jensen Ackles), which should make for a fun dynamic.

But when a local backcountry trip led by charismatic outfitter Sunny Barnes (played by McEntire) goes very wrong, the trio faces their most formidable mystery yet — in which no camper can be trusted and where danger lurks around every jagged rock and gnarled tree.

Check out the teaser below.