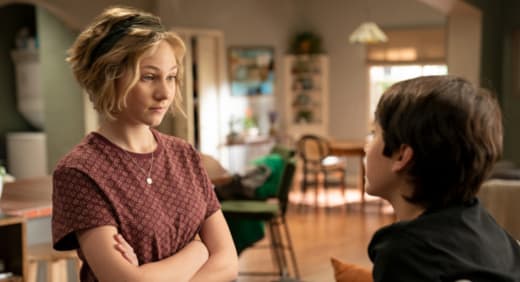 Apple TV+ has been ramping up its content slate with some of the most talked about original series.

The series follows Ella as she returns to school with a brand new perspective, excitement for what the future holds, and a major “seize the day” mentality following her stint with cancer.

With her best friend by her side, she is ready to tackle everything she was too afraid of before, and determined not to let the minutiae of fake friends and social media status distract her.

The official trailer certainly highlights Ella’s plight to “seize the day,” even if those around her are not ready for her to return to doing what she loves best.

Her cancer diagnosis undoubtedly is a cause for concern from her parents, with her father wondering whether returning to school so soon after finishing chemotherapy is the best idea.

The series looks like a heartwarming tale of living every day like it’s the last, and it will undoubtedly resonate with the target demographic.

The series joins an impressive original slate at Apple TV+, which includes Ted Lasso, For All Mankind, Invasion, See, and so much more.

Check out the official trailer for Life By Ella below.