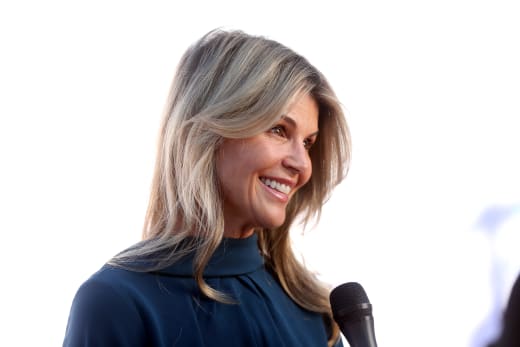 Lori Loughlin has closed a deal to return to TV screens.

Great American Family today revealed the former When Calls the Heart star will appear in Fall Into Winter, which premieres in January, 2023 as part of the network’s annual winter programming event.

Fall Into Winter is set to commence production on October 23.

“Lori is a genre-defining star that I have had the honor to call a close friend and collaborator for more than 15 years,” said Bill Abbott, President and CEO of Great American Media.

“We have a shared vision for creating meaningful and memorable movies that resonate with our passionate fans, and I look forward to welcoming her back to Great American Family to anchor our 2023 winter programming slate.”

In Fall Into Winter, Keely (Loughlin) is aghast when her brother sells his half of their family- owned, upscale candy shop to his best friend from high school (and her nemesis, Brooks) forcing a sudden urgency to find connection and common ground. Keely has been hurt before; change is her new nemesis.

Brooks’ past is a mirror of Keely’s. He, too, has a fortress around his heart. Fate brings the pair together.

Abbott recently spoke with Variety, revealing that he wanted to bring Loughlin over to the network on a more permanent basis.

Hallmark cut all ties with the star after her part in the college admissions scandal came to light.

She was found guilty, sentenced to two months in prison, fined $150,000, and ordered to do 100 hours of community service.

“We talk three times a week. We have two scripts that she really likes, one of which we’ll greenlight for this year or next year. Lori’s a good friend and somebody who we would love nothing more than to do a movie with, and we’re hopeful,” Abbott explained to Variety this week.

“She’s America’s sweetheart, regardless of whatever happened,” he said of Loughlin.

“At the end of the day, she represents all that is positive about entertainment, and has had a stellar career — not only on screen, but also the way she’s conducted herself personally, in terms of being someone who has a track record of doing the right thing in the world at large, aside from whatever happened.”

“I don’t know the details. She’s beloved and for good reason. We’re very proud of our association with her and we want to make her part of the fabric.”

The move puts Loughlin on the same network as her Full House co-star Candace Cameron Bure, who inked a megadeal to work with GAC Family.