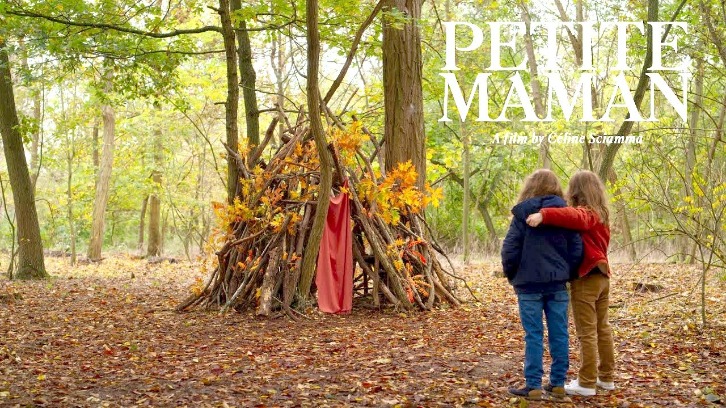 Celine Sciamma’s filmmaking is peerless. A one-of-a-kind filmmaker delivering a one-of-a-kind film, who knew? Petite Maman is the simple story of a girl coming to terms with the death of her grandmother, examing her relationship with her parents at a young age – it’s a powerful, short study of the grieving process that is more small-scale and understated than any of Sciamma’s films so far, coming in at a tight 72 minutes. There are only a few major characters – yet there’s more here than what two, even three hour films have accomplished – Petite Maman does more than what most TV shows do with 100 episodes. It tells a perfectly human story that captures a sense of childlike wonder, inspired by the works of Hayao Miyazaki that leave a heavy shadow over the sense of discovery.

Sciamma has had a gift working with children – and the talented performances of both Joséphine and Gabrielle Sanz show with the instant chemistry when they first meet in the way that lifelong friends do – and you buy into their friendship that develops over the course of the film. This is the story of Nelly – an eight-year-old, who knows that not everyone starts out as 31 – but it’s so hard to imagine your parents ever were the same age as you when you’re that young. It’s a film that takes a fascinating premise and injects it with a simple warmth and sense of adventure in the every-day, this comparatively low-stakes approach still finds a way to pack tons of heart and soul into its runtime.

The cinematography from the impeccable Claire Mathon – also found on this year’s Spencer, and 2019’s Portrait of a Lady on Fire and Atlantics, is as beautiful as ever. Mathon brings the woodland outside Nelly’s home to life – and the score, whilst scarcely used, is carefully chosen to make the utmost of an impact – when the words “the music of the future” kick in, you’ll be transported – the film’s central exploration of friendship, motherhood, loss and coming to terms with who we are is deftly delivered to perfection, and really makes this rewarding accomplishment feel like not just a high point in the movie – but a high point in cinema itself.

Not quite a coming-of-age story but rather instead, the opposite of them – the title of Petite Maman translates essentially to “little mom” – and whilst yes, Nelly does grow as a character over the course of the film, it is not really about her story – but instead, it’s all about her mother’s. The film captures similar themes to Benh Zeitlin’s wonderful Wendy, and really finds a way to use childhood as a glimpse into why certain characters are like the way they are as an adult.

Sometimes, less is more – and Petite Maman is a wonderful example of that. Instantly timeless, it might just be a modern classic in the making.

USD POLL : What character from media or myth would you have liked to see on Lucifer?
10 Movies & Documentaries to Watch to Get a Reel Feel for The Beatles
‘The Bachelorette’ alum John Hersey denies Katie Thurston cheated on Blake Moynes
‘Longmire’ Could Soon Be Leaving Netflix Soon, Here’s Why
Macy’s Day Parade Returns For Thanksgiving with Baby Yoda and Carrie Underwood
Follow us on Facebook
Follow us on Twitter