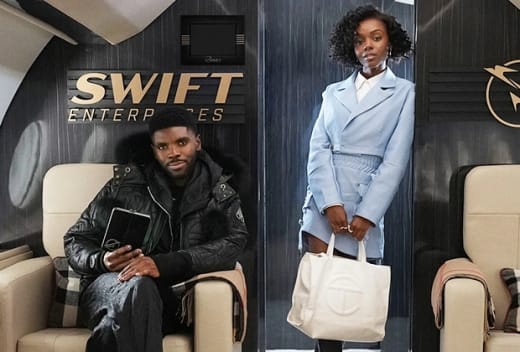 Tom Swift is not long for this world.

The CW is pulling the plug on the Nancy Drew spinoff a month into its run.

Deadline broke the news Thursday, confirming that the network will air the entirety of the season.

The series got off to a mediocre start in the ratings in May, and is averaging around 500,000 viewers with a week of DVR factored in.

In any other season, those numbers might have been enough for The CW to keep the show around.

However, these are difficult times for the network.

Warner Bros. Discovery and Paramount are exploring a sale, with recent supports suggesting Nexstar could be in line to purchase 75%.

It was a shock for the fans who had invested time in the shows, but it highlights that the network, as we know it, is over.

Tom Swift is a popular IP and Tian Richards originated the character in an episode of Nancy Drew last year.

“As an exceptionally brilliant inventor with unlimited resources and unimaginable wealth, the devilishly charming Tom Swift is a man who many men would kill to be, or be with — a man with the world in the palm of his hand,” the official description reads.

“But that world gets shaken to its core after the shocking disappearance of his father, thrusting Tom into a breathtaking adventure full of mysterious conspiracies and unexplained phenomena.”

“On his whirlwind quest to unravel the truth, Tom finds himself fighting to stay one step ahead of an Illuminati-scale cabal hellbent on stopping him.”

Ashleigh Murray (Riverdale) plays Zenzi, Tom’s best friend, whose unabashed and unvarnished candor keeps him grounded while she forges a path for herself as a business visionary.

Marquise Vilsón played bodyguard Isaac, whose fierce commitment to his chosen family is complicated by his own simmering feelings for Tom.

LeVar Burton voices Barclay, Tom’s AI, whose insights and tough love have been a constant throughout Tom’s life.

They all served as writers and Executive Producers.