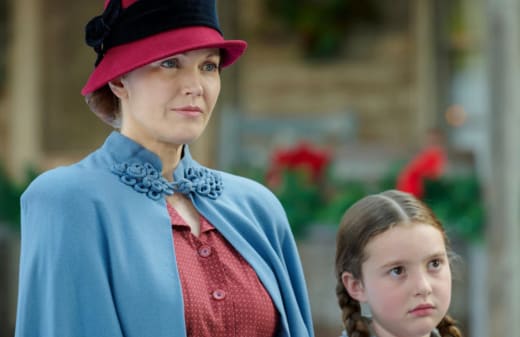 The ratings are in for Sunday, and it was a good night for The CW.

The network aired The Waltons Homecoming, which managed 960,000 total viewers.

This total viewer tally marks a strong night in total viewers for the network that has been struggling in that department this season.

The demo tally came in at a 0.1, which is on par with what everything else on the network has been doing this season.

Will the movie lead to a full-fledged series? Probably not, but it could lead to more movies set in The Waltons universe.

The special came in well ahead of The Legends of the Hidden Temple reboot on the night this season.

Over on CBS, The Equalizer had 5.6 million total viewers and a 0.4 rating in the demo.

The numbers were way down from recent results, but the series aired an hour later than usual.

Before The Equalizer, An Evening With Tony Bennett managed 6.1 million viewers and a 0.4 rating.

Forever Young closed out the night for CBS at 2.9 million viewers and a 0.2 rating.

Over on ABC, The Wonderful World of Disney had 2.5 million viewers and a 0.4 rating.

The Great Christmas Light Fight premiered at 2.3 million viewers and a 0.4 rating — improving on The Rookie’s fall numbers in the demo.

The biggest draw of the night was NBC’s coverage of NFL football.

What did you watch on the night?