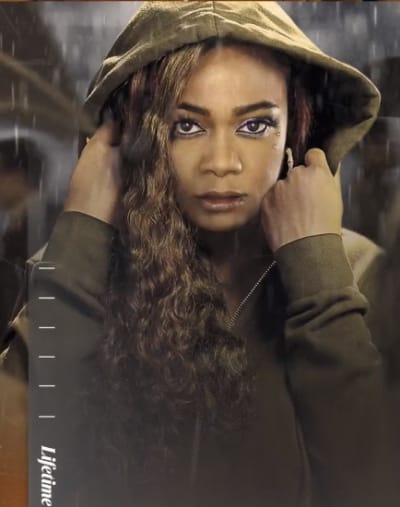 And one sister will go through hell and back to find her twin when she vanishes without a trace.

Lifetime brings all the palpable drama and thrills with Vanished: Searching for My Sister, which bolsters a stellar cast and is bound to have us glued to the screen with bated breath.

A Lifetime veteran is at the forefront of this one doing double duty, too.

Tatyana Ali stars as twin sisters Jada and Kayla, and the two could not be more different if they tried.

Jada is the twin who appears to have it all together. She’s strong, independent, and has a stable office job. She’s mild-mannered and doesn’t appear to get into any sort of trouble.

However, the same cannot be said for Jade, a wild child. As a result, trouble seems to follow Jade wherever she goes, and that much is evident when you catch a glimpse of the trailer.

Despite Kayla’s penchant for trouble and danger, Kayla asks her sister for a favor.

A recently divorced Jada, moving away from her husband, played by Grey’s Anatomy’s Justin Bruening, goes apartment hunting and asks her twin to look after her daughter.

Unfortunately, Kayla doesn’t show up for the deed.

And while it would be easy to assume that her sister reneged, Jada suspects something else is at play with her sister.

However, frustrated with the police’s response to matters when she reports her sister missing, Jada takes things into her own hands.

It wouldn’t be a twin movie without one passing themselves off as the other, right? Well, this one will have a more sinister tone when to find out what happened to her sister, Jada has to immerse herself into a dark underbelly of drugs, crime, and deceit.

It seems Kayla got herself mixed up with the wrong type of people, and Jada endangers herself, channeling her sister, to get to the bottom of how Kayla vanished!

While this isn’t a classic Ripped from the Headlines film, it seems like a movie that will nod at the recent discourse about who gets the focus when people go missing.

Kayla’s lifestyle that had her immersed in seedy activities and with sketchy people doesn’t exactly make her the poster child for missing women or puts her high up on the list when it comes to investigations.

But luckily for her, her twin is taking matters into her own hands.

Everyone seems to be a suspect as we’re treated to flashes of everyone sitting in the hot seat as Jasmine Guy’s detective character questions them about Kayla.

And Jada doesn’t appear to believe Guy’s character and the rest of the police are doing their jobs well.

It looks like a good one! The cast alone is enough to tempt you to tune in.

Check out exclusive trailer of the film below, and hit the comments with your thoughts!

Vanished: Searching for My Sister premieres January 22 at 8/7c on Lifetime!