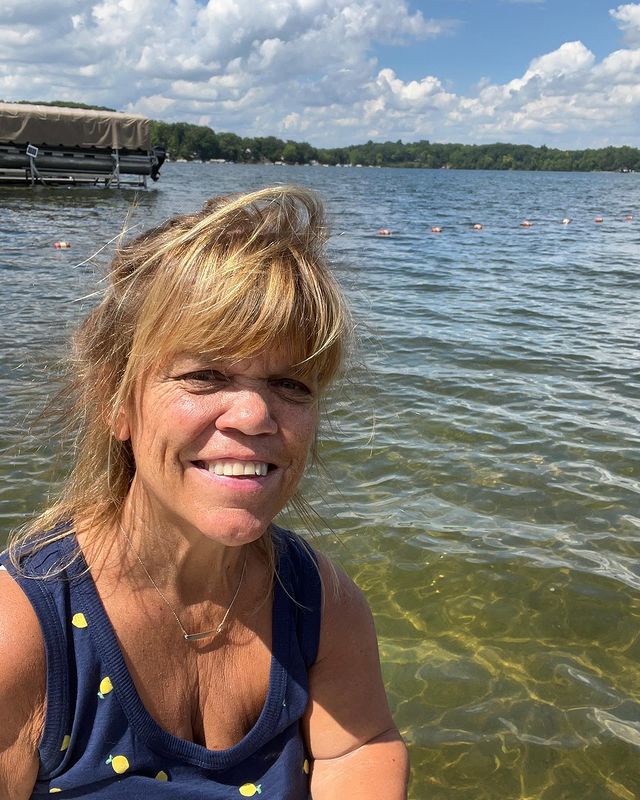 Amy Roloff took to her Instagram profile to tell her 1.4 million followers she couldn’t wait to get back to her husband, Chris Marek. The declaration had fans scratching their heads for a moment. Why wasn’t she with her husband? What separated them? Was everything alright?

As TvShowsAce previously reported, Amy Roloff spent a few days in Michigan. During that time, she spent some time with her father and she visited her mother’s grave. Her recent update on her profile revealed the trip was about more than just visiting her parents. Sadly, her update also revealed that her husband, Chris Marek, did not tag along for the trip.

What was Amy Roloff doing in Michigan?

On her Instagram Stories, Amy Roloff said that she was spending a few days in Michigan. She added that she used the time she was there to visit both her father and her mother. Today on her profile, however, she explained she was actually in Michigan because her nephew was getting married.

On Instagram, fans appreciated that Amy Roloff took the time to update on her father’s health. Likewise, they thought it was sweet that she also visited her mother. Here’s some of what fans had to say in the comments of her update on Instagram:

Some fans asked Amy to consider posting a photo of her mother on her profile sometimes.

Why didn’t Chris Marek go with her?

Amy Roloff concluded her caption detailing her time in Michigan by saying she couldn’t wait to return home to her husband. In the comments, some fans admitted they were a bit baffled. Why did Chris Marek travel with her to Michigan to visit her parents and attend the wedding? A few different fans liked the question suggesting it wasn’t just one person who felt this way.

Amy Roloff didn’t answer the question. Moreover, no one replied to it with theories. As fans know, Chris Marek does have a full-time job in real estate. So, it is possible he couldn’t get out of work to travel with her to Michigan. Likewise, it is also possible she just wanted some time with family away from her husband. Either way, there was no reason for fans to read more into it because Amy made it clear she missed her husband and wanted to go home to him.