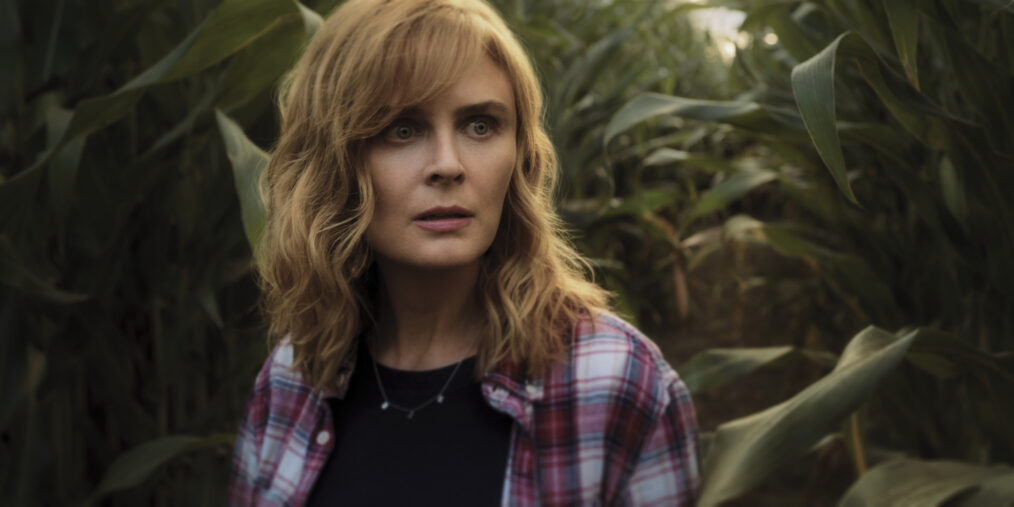 Bones‘ Emily Deschanel is dealing with a cult and some eerie circumstances in her upcoming Netflix series, Devil in Ohio.

The streaming service has announced that the eight-episode limited series will premiere on Friday, September 2. Netflix also released the first photos (above and below) of Deschanel as Suzanne Mathis, alongside her family (Sam Jaeger as her husband Peter and Alisha Newton, Xaria Dotson, and Naomi Tan as her daughters Helen, Jules, and Dani) and Madeleine Arthur as Mae Dodd, a fragile teenager on the run from a cult. Netflix has also released a sneak peek, in which Suzanne goes looking for the Dodd family. She’s found their mailbox but can’t find their house. “You should be on the way,” she’s warned. “Go home.” And men watch here until she drives off.

In Devil in Ohio, psychiatrist Suzanne Mathis’ world is turned upside down when protecting Mae. Jules suspects there’s more to Mae’s story, then a series of incidents seemingly brought on by the teen’s presence leave the family in chaos. The Mathis family must fight to survive against a strange cult, and Suzanne and a local police detective try to unravel the clues of Mae’s past and sinister happenings in the town she escaped. The limited series was adapted from Daria Polatin’s best-selling book inspired by a true story. It is described as “a thrilling, shocking tale of demonic mayhem and mystery in the heart of small-town America.”