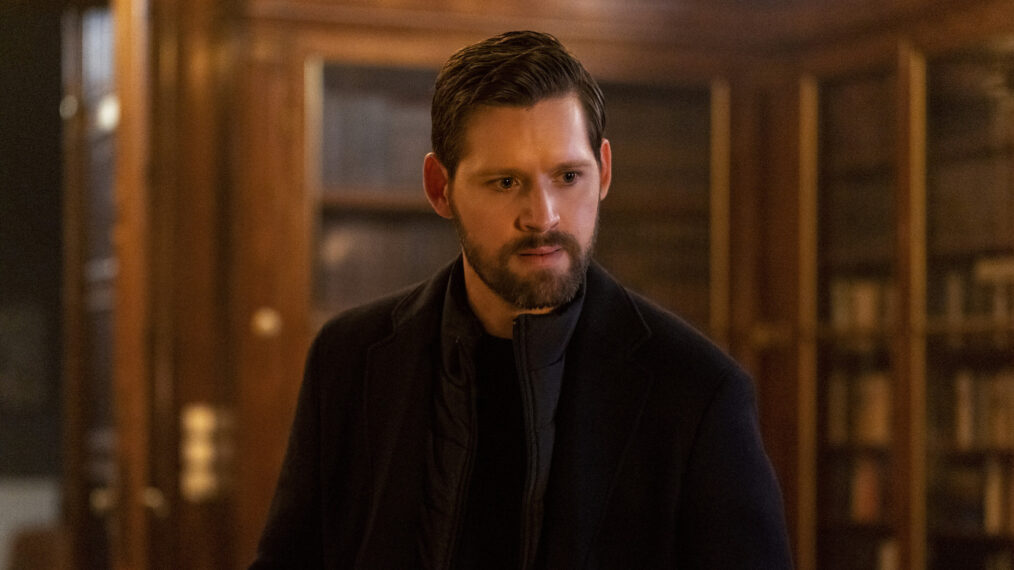 Is the Fly Team about to say goodbye to their boss, Special Agent Scott Forrester (Luke Kleintank), in the January 24 episode of FBI: International? If Ken Dandridge (Michael Torpey) gets his way, yes, but Forrester has said he’s not leaving without a fight.

“When it comes to Dandridge, Scott knows he has to play his cards right. Even though he would love to get into a physical fight with him, he is much smarter than that,” Kleintank tells TV Insider. “This fight, for him, is a game of cat and mouse, where Forrester is slowly stalking his prey.”

The rest of the Fly Team doesn’t exactly agree with Forrester’s methods; understandably, the last thing they want is for Scott to be reassigned (to Alabama!). “The team thinks Scott needs to be more proactive in positioning himself, but he’s always one step ahead,” Kleintank says.

In addition to at least trying to reassign Forrester, Dandridge brought Zoey McKenna (Kelley Missal) to the team. So how does Forrester feel about this agent he didn’t choose and has no say in her working with his team? “I wouldn’t say he doesn’t trust her — I would say he’s very cautious,” according to Kleintank.

While we may have faith in Forrester finding a way to get out of this reassignment and stay where he belongs and possibly take Dandridge down a peg, what if he can’t? What does the future look like for him? Would Forrester really go to Alabama?

“There’s no doubt in my mind that Scott would do anything in his power to stop the reassignment,” Kleintank says. “But, if that didn’t work, I don’t think Scott would be happy behind a desk for the rest of his career. Early retirement would be my best guess.”

We doubt we’ll see that happen. After all, the rest of the Fly Team — and everyone’s favorite Dick Wolf canine Tank — wouldn’t let it.