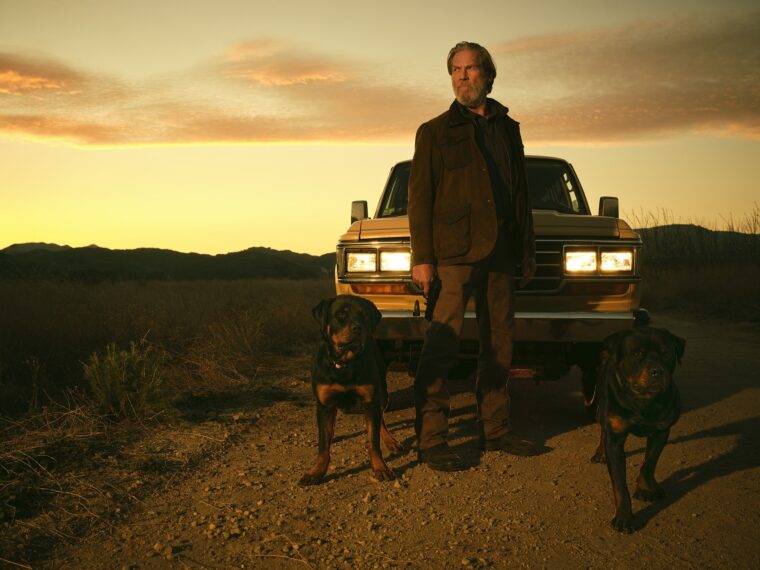 FX has unveiled a strong lineup of summer programming with premiere dates for eight new and returning shows across FX, FXX, and Hulu.

Among the titles coming to the network this summer is The Old Man, The Bear, What We Do in the Shadows, American Horror Stories, Reservation Dogs, Welcome to Wrexham, Little Demon, and The Patient. Kicking things off is The Old Man (premiering Thursday, June 16 at 10/9c on FX), FX’s long-awaited limited series starring Jeff Bridges.

In the show based on Thomas Perry’s novel, Bridges plays Dan Chase, a man who absconded from the CIA decades ago and has been living off the grid ever since. when an assassin attempts to take Chase out though, the old operative learns that he must reconcile his past in order to ensure his future. Along with Bridges, the series stars John Lithgow, Amy Brenneman, Alia Shawkat, E.J. Bonilla, and Gbenga Akinnagbe among others. The next series to follow is a new comedy titled, The Bear (premiering Thursday, June 23 on Hulu), which stars Shameless‘ Jeremy Allen White as Carmen “Carmy” Berzatto, a young chef who trades in the fine-dining world to help run his family’s Chicago-based sandwich shop – The Original Beef of Chicagoland – after a tragic death. Joining White in the series are costars Ebon Moss-Bachrach, Ayo Edebiri, Abby Elliott, Lionel Boyce, and Liza Colón-Zayas, with Edwin Lee Gibson and Matty Matheson in recurring roles.

A few weeks later What We Do in the Shadows (premiering Tuesday, July 12 at 10/9c on FX with back-to-back episodes) returns for its fourth season. Based on the feature film of the same name from Jemaine Clement and Taika Waititi, What We Do in the Shadows continues to tell the story of vampire roommates Nandor (Kayvan Novak), Nadja (Natasia Demetriou), Laszlo (Matt Berry), and Colin Robinson (Mark Proksch), along with their human familiar Guillermo (Harvey Guillén).

After last season’s cliffhangers, the vampires return to Staten Island to find their mansion on the verge of collapse. At the same time, Laszlo struggles between nature vs. nurture with Baby Colin, Nandor’s search for love yields results, and Nadja realizes her dream of opening the hottest vampire nightclub in the Tri-State Area. Meanwhile, Guillermo takes on an emotional journey. If you’re looking for something a little spookier, Ryan Murphy is back with all-new episodes of American Horror Stories (premiering Thursday, July 21 on Hulu). The anthology series from Murphy and Brad Falchuk is a spinoff that shares a different story in each episode. Stand by for additional details in the months ahead.

After disbanding at the end of Season 1, Elora ghosted Bear and took off for California with the Rez Dogs’ mortal enemy Jackie (Elva Guerra), the leader of a rival gang. Feeling abandoned by his closest friend, Bear seeks out a male parental figure to guide him, Willie Jack tries to reverse a curse she believes she’s unleashed, and Cheese reunites with his grandmother who isn’t his grandmother. Also appearing in Season 2 are Sarah Podemski, Zahn McClarnon, Gary Farmer, Jennifer Podemski, Jon Proudstar, and Dallas Goldtooth. For viewers interested in docuseries look no further than Welcome to Wrexham (premiering Wednesday, August 24 at 10/9c, on FX with back-to-back-episodes), a show following the Welsh football club purchased by Ryan Reynolds and FX vet Rob McElhenney. The docuseries tracks the dreams and worries of Wrexham, the working-class town in North Wales, UK, in the wake of this change.

On the animated side, McElhenney’s It’s Always Sunny in Philadelphia costar Danny DeVito lends his voice to Little Demon (premiering Thursday, August 25 at 10/9c, on FXX with back-to-back-episodes). The show follows Laura 13 years after she was impregnated by Satan. Now a reluctant mother, Laura tries living a normal life with her Antichrist daughter, Chrissy, in Delaware, but peace is thwarted by monstrous forces, including Satan who wants custody of his daughter’s soul.

Wrapping things up at the end of the summer is The Patient (premiering Tuesday, August 30 on Hulu with three episodes), a new psychological thriller from the minds of Joel Fields and Joe Weisberg. The series stars Steve Carell as Alan Strauss, a therapist who is held prisoner by a patient named Sam Fortner (Domhnall Gleeson) who reveals himself to be a serial killer. Others featured in the series include Linda Emond, David Alan Grier, Laura Niemi, and Andrew Leeds. Stay tuned for additional details on all of these series as their premiere dates approach.