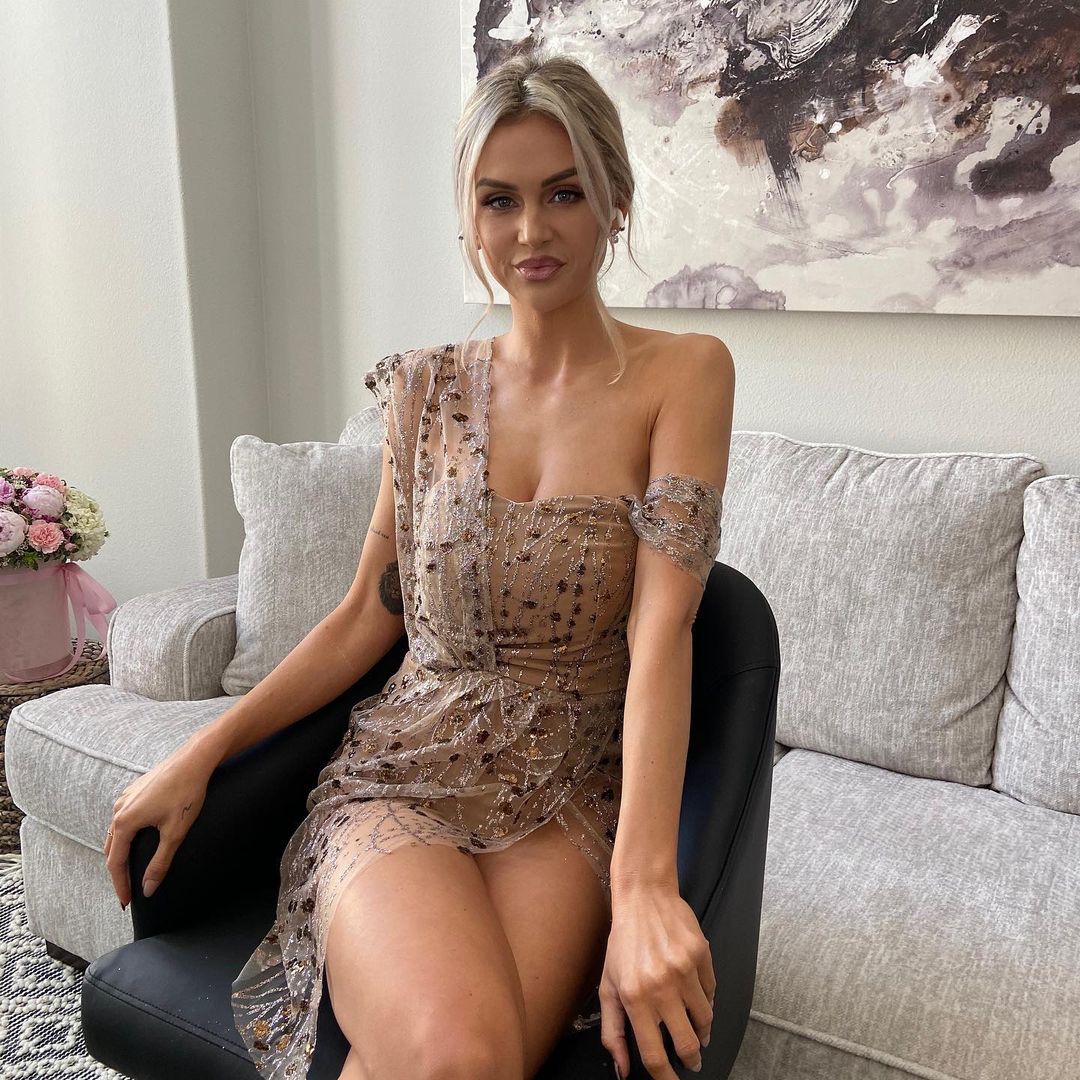 The feud between Golnesa “GG” Gharachedaghi and Lala Kent continues. Last month, GG sounded off on a Page Six video interview with the Vanderpump Rules star who claimed she was “blindsided” by her former fiance’s cheating. In October 2021, Lala ended her three-year engagement with Randall Emmett. He was spotted with two mystery women in Nashville.

Then, more explosive cheating rumors surfaced on social media. Lala said she didn’t notice the “red flags.” GG says that Lala should’ve known since everyone else knew. She has since sounded back at GG’s claims, and the Shahs of Sunset star has even more to say.

Earlier this week, Lala made an appearance on Watch What Happens Live. Host Andy Cohen asked her about what GG said about her relationship on social media. In late December, Page Six posted Lala’s interview on Instagram. Lala talked about the “red flags” she missed in their relationship. GG slammed Lala and said she should stop whining about him.

“Walk away and stop complaining unless you’re ready to take accountability for choosing to stay after the first ‘red flag’ because all of this press/media s*** ain’t cute when it’s about the father of your child,” the Bravo star wrote.

At the time of this writing, the comment received over 1,400 likes. During her interview on WWHL, Lala spoke out about the reality star’s comment about her. She claimed that GG’s comment was “inappropriate” and says that she “knows nothing about what is going on and how deep and dark and disgusting everything is.”

She thought GG would have more empathy as a fellow single mom. Lala also says that the reality star should “have compassion” for her situation. The reason why Lala unfollowed GG on Instagram is because of the “negativity” she created.

GG is not happy with what Lala said on Watch What Happens Live. On Thursday, January 13, she tweeted that Lala called her a “victim of circumstance.” In her lengthy Twitter thread, GG hinted that Lala was a “cheater” as well. The Pump Rules star previously admitted to hooking up with her co-star Ariana Madix when she was with Randall.

“Your personal business was made public by u & that allows pple to have an opinion,” GG continued. “MY opinion is that u should have a little more self-respect. If I recall correctly u were bragging about going down on your castmate & the timeline puts u in a relationship at that time. Cheater? [SIC].”

Lala shared the details of their hookup on the show. It took place years ago when both ladies had a little too much drink. They fooled around in the back of the car that Tom Sandoval was driving. Sandoval was also dating Ariana around the time. Lala claims that Randall found the news of their hookup “hot.”

Yet, on a recent episode of her Give Them Lala podcast, she declared that cheating is a dealbreaker. GG concluded her message by hinting that she plans to expose  Lala. What are your thoughts? Do you agree that Lala cheated on Randall when she hooked up with Ariana? Sound off below in the comment section.