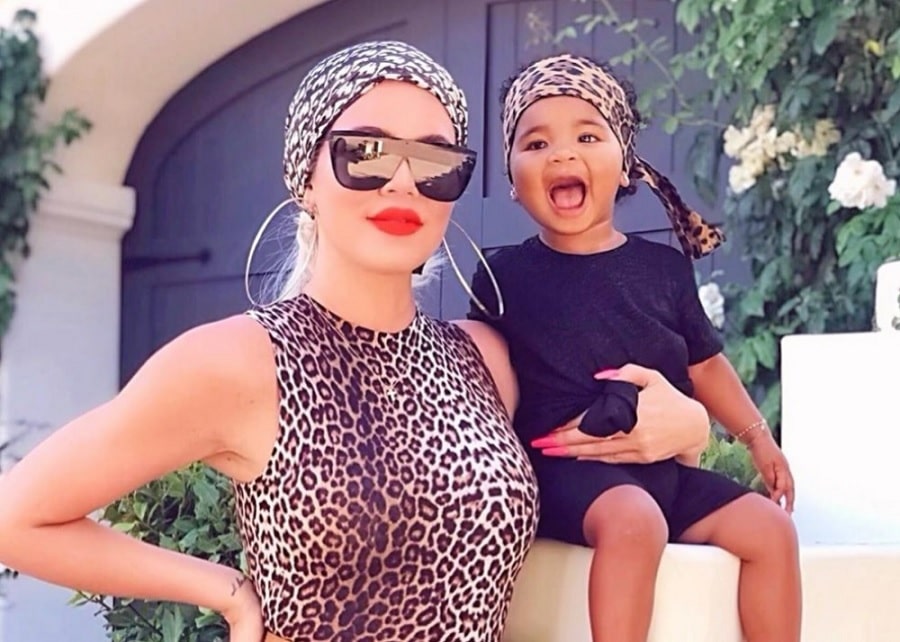 On Tuesday, August 2, fans saw a photo of Khloe’s daughter True on the Instagram page. The shot featured her snuggling their adorable gray cat. She smiled directly at the camera as she rocked one of their pieces.

The photo was shot in her playroom, which is tucked inside Khloe’s $17 million Calabasas mansion. Read on to learn about the latest controversy.

Fans weren’t as amused with the Instagram post. They accused Khloe Kardashian of using her daughter to promote the merchandise. Per The Sun, they took to an online thread on Reddit to call out the Good American founder for using True to entice sales.

They felt that it was unethical. Meanwhile, other fans wonder if Khloe Kardashian is faking her luxurious lifestyle. They don’t understand why she’s selling her daughter’s used clothing when she could donate them to kids in need. The Kardashian-Jenner clan used to sell their used clothing on eBay.

How much is Khloe Kardashian worth?

Thanks to this latest Instagram post, there are questions about Khloe Kardashian’s lifestyle. At the time of this article, the former Keeping Up with the Kardashians star has a net worth of $60 million, per Celebrity Net Worth. She makes most of her money from her clothing brand, her appearances on the Hulu series, and her social media endorsements.

In 2018, Khloe Kardashian announced that she was the brand ambassador for Burst Oral Care. In 2020, she became the face of the prescription migraine brand Nurtec ODT. The reality star caught controversy for talking about her migraines so candidly on social media.

Check back with TV Shows Ace for more news on Khloe Kardashian.

Chanel Adams is addicted to reality TV. She’s been writing about entertainment and pop culture since 2006-07. When she’s not writing about TV topics, she creates dynamic blog posts and long-form content for eCommerce and SaaS businesses.