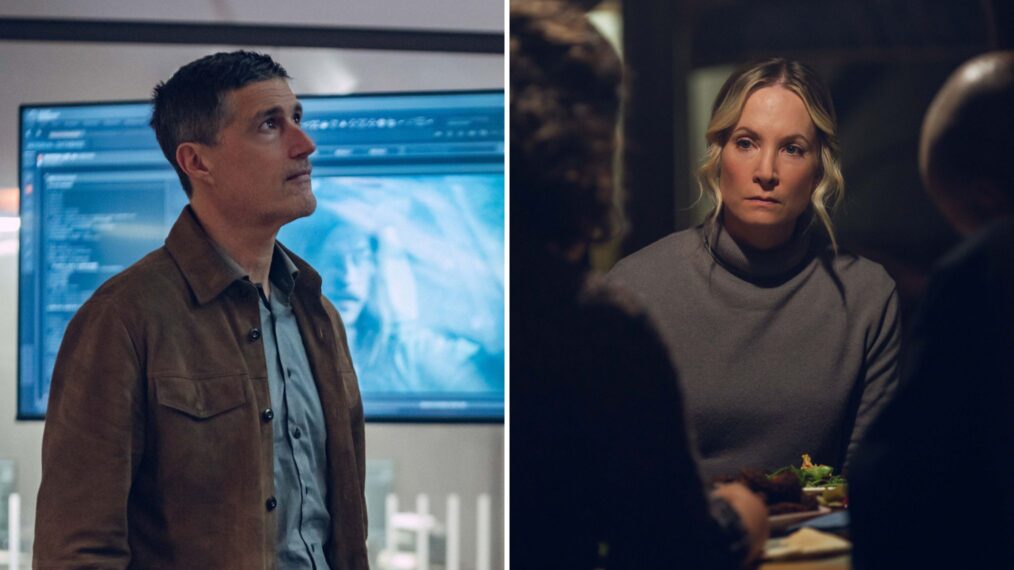 Matthew Fox is back on TV in a series that finds him (again) fighting to survive, alongside Joanne Froggatt in Peacock’s Last Light.

The series, premiering on September 8, is based on Alex Scarrow’s novel of the same name. It tells the story of a family fighting to survive during the fallout of an oil crisis. In the five-episode limited drama series, petro-chemist Andy (Fox) knows how dependent the world is on oil. It’s while he’s on a business trip to the Middle East that he realizes something is wrong with the world’s oil supply, and that sets off a chain reaction: transportation grinds to a halt and law enforcement becomes overwhelmed.

Andy’s teenage eco-warrior daughter is alone in London while his wife, Elena (Froggatt), and young disabled son are in Paris. Amid the chaos, each member of the family will sacrifice everything to find one another, despite the distance and the dangers that separate them. Plus, while trying to solve the source of the crisis, Andy is confronted with his past role in trying to make a greener world. Watch the trailer above for a look at the crisis that results because of what’s going on with the oil supply as well as the one that hits closer to home for Andy.

Plus, scroll down to meet the characters and for a peek at the chaos.

‘General Hospital’ Sets Return Date for Emma Samms as Holly Sutton
Watch Young Sheldon Online: Season 6 Episode 1
Mark Pedowitz Out As Chairman & CEO of The CW Following Nexstar Acquisition
Could There Be a ‘Hocus Pocus 3’ on the Horizon?
Val Chmerkovskiy Feels Pressure Competing With Gabby Windey
Follow us on Facebook
Follow us on Twitter