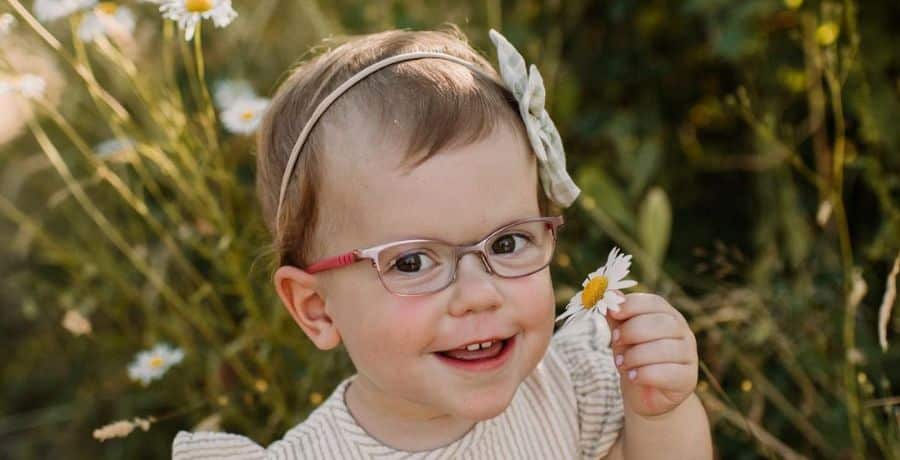 Tori Roloff of Little People, Big World shared a video on Instagram featuring her daughter Lilah trying to remove a dead bug from her bedroom floor. On Reddit, fans thought showcasing dead bugs in her daughter’s room was a bit strange and suspected it was Tori’s way of saying she didn’t care if people talked trash about her dirty home. Still, fans thought it was a bit odd that Tori Roloff was allowing Lilah to struggle to rid her room of the dead bug instead of just tending to the problem herself.

Lilah Roloff fights to get dead bug out of her room

Tori Roloff urged her followers to “watch till the end” before sharing a video of her daughter Lilah trying to rid her bedroom of a dead fly. In the video, Lilah rocked a baggy white t-shirt, black shorts, and a pair of stylish white sunglasses. Lilah had a salmon-colored fly swatter with a white handle as she tried to scoop the dead fly off her floor to get it out of her room.

“Ok this is gonna be good.” Tori could be heard saying along with the sounds of Josiah cooing in the background. Initially, the video showed off Lilah’s bedroom was EXTREMELY messy before zooming in on Lilah and the dead fly.

LPBW fans had a hard time ignoring the fact that the dresser drawers were stuffed with clothing that was spilling out of them. Moreover, there were pillows, toys, clothing, and other items scattered all over the room. Tori Roloff, however, seemingly didn’t care what people thought about the condition of her daughter’s room as she zoomed in on the dead fly.

Tori Roloff’s daughter on a mission to get the fly

Tori Roloff explained: “Lilah just found a dead fly in her room, and ran out of the room after something.”

The LPBW mother followed her daughter with the camera as she left the room to get something. Fans noticed a pile of dirty clothing near the door as Lilah exited. When she returned, she had a fly swatter and her sunglasses.

After a little bit of work, Lilah was able to scoop up the dead fly with her flyswatter. Tori proceeded to encourage her daughter to go through the dead fly away now that she scooped it up.

Tori asks her followers to “send help” as they now have to search the room for the dead bug.

Check out Lilah in action with her trusty fly swatter in  the video below:

Did you think it was funny that Lilah Roloff flicked the dead bug across the room? Or, do you think Tori should have just helped her daughter get the bug into the trash? Let us know in the comments down below. And, keep coming back for more LPBW news.