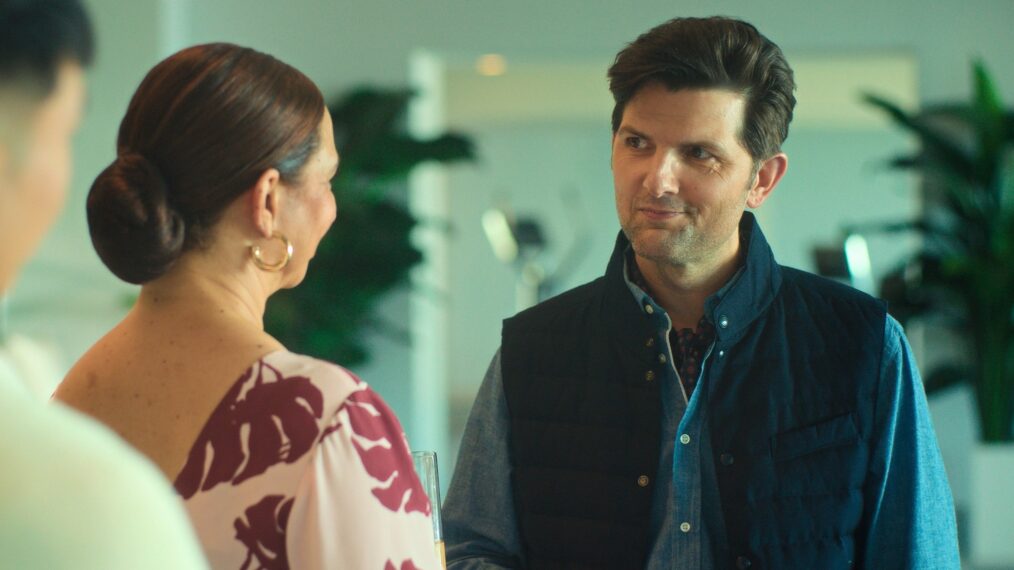 [Warning: The below contains MAJOR spoilers for Season 1, Episode 10 of Loot, “The Silver Moon Summit.”]

Apple TV+‘s riotously funny new comedy Loot has come to a close on its first season but there were plenty of fun seeds planted ahead of the previously announced second season in the finale, “The Silver Moon Summit.”

After a failed presentation at the titular event, billionaire Molly Wells (Maya Rudolph) is inspired by the team behind her foundation to make a big move, by giving away her money and challenging others to do the same. Along with attempting to affect change, she strengthens her bonds with her colleagues and surprisingly winds up back in bed with her ex-husband John (Adam Scott), hinting at some interesting avenues on the horizon after their breakup spawned her drive to get involved with the foundation in the first place.

Below, Rudolph answers lingering questions about the Season 1 finale and shares hopes for what’s on the horizon. Molly made so much progress moving on from her past life and relationship only to wind up in bed with her ex-husband John. Is that considered a backslide and what could it mean for the future in Season 2?

Maya Rudolph: I think we’ve all been there in one way or another in terms of a relationship backslide. Even though it’s hard to imagine, the heart sometimes makes those types of mistakes, but I think it’s inevitable, this is still a pretty fresh wound for Molly. So I understand it as a person who is still in love with someone, or feels more comfortable with that person than any other person in the world and is still hurt. It’s taken me a while to realize in life that people are not all one thing. So there are definitely still those parts of horrific, horrible people that you can still love. But that said, as someone who’s rooting for Molly, I hope it’s just a backslide. But who knows what those repercussions are and also where he is in his life with his relationship? I just think that opens up a fun can of worms.

Certainly, and when it came to Molly as a character, what was it like finding the balance between a likable member of the team and an ignorant billionaire?

That’s always fun to try to figure out, is that sweet spot of somebody being out of touch, but not so out of touch that they’re burning bridges and hurting people. If you can find the human likable elements, then at least I can relax, sit back, and laugh at the absurdity of the ignorance and total unaware quality of her having lived in a bubble for so long. And I think comedy is such a great way to point those things out. That if you can do it in a way that allows us all to collectively laugh at someone’s choices or behavior, I think that’s a great way to get there and to sort of say, “Yeah, you don’t want to do that.” You don’t want to be that person. 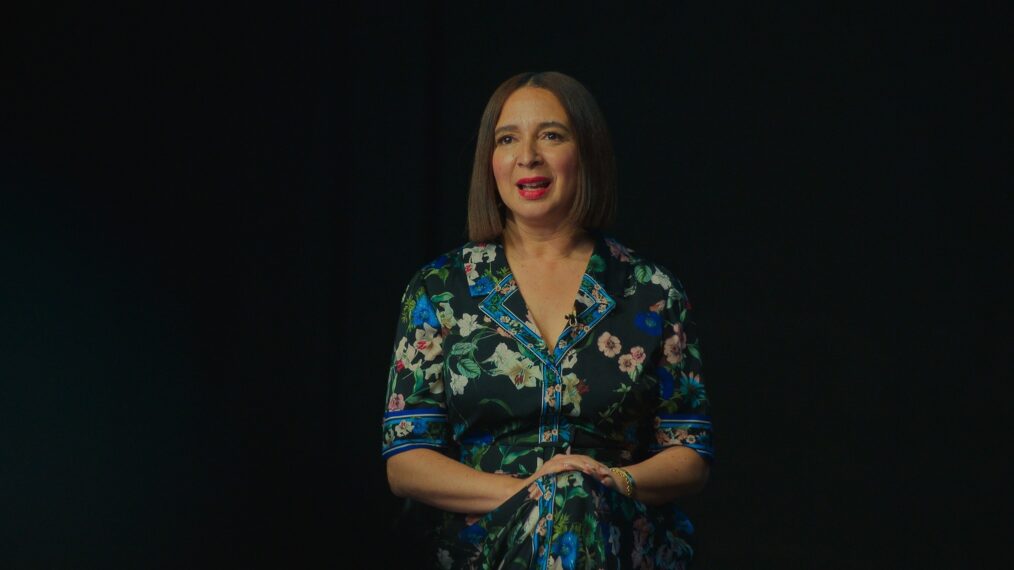 And you don’t want to be the person that gets caught on stage presenting a machine that spits out dirty water. When Molly drinks the dirty water during a presentation, I couldn’t help but remember your character’s ordeal with poisoning in Bridesmaids. Did you channel your inner Lillian for that moment?

I didn’t. It’s funny. I didn’t really think about it when we were making in terms of the Bridesmaids moment, but there was definitely something fun about how horrible an idea that was. That absolutely terrible idea does make it really fun to play. I don’t ever think of myself as like a physical comedian, but I have found that some of the stuff that we’ve leaned into on this show that has been physical has actually been really rewarding and really fun. More and more, I’m starting to feel like those are the places where I know I can stretch a bit more and have those fun moments.

It was really funny, that scene. On a technical aspect, what was actually in the drink that you were sipping from?

It was actually a concoction of a few different drinks. I think it was coconut water and a tea that was sweet but also mixed with a cocoa powder, which made it even sweeter, which also just made it so sweet that it made me feel sick to drink it repeatedly. I didn’t really have to act that much in terms of it being disgusting after a while. It was pretty gross.

In the finale, Molly announced she was going to give her money away. What challenges would you like her to face regarding her billionaire lifestyle next season?

Well, I think it’s hard not to think about social responsibility with the way the world is today. We have so many things that need help, that you think if you had all the money in the world, what would you throw it at? And what could you help with? And I’m curious to see Molly make those choices because she’s still pretty fresh out of this change in her life, where she thought that the money was meant to be spent and enjoyed and have fun and wasn’t really thinking about the world in that way. So I hope that she makes those mistakes because they’re really fun to explore. And she’s only human. I think it’s probably not easy to go from filthy rich to just getting by. I’m sure her idea of getting by might involve a personal chef.

What’s a perk or an aspect of billionaire life you’d like to see her embrace or experience that wasn’t part of Season 1?

Good question. Like I said, I think the social responsibility, but then also maybe she needs to buy a private island. I think there are so many possibilities that we all want to see because I remember watching Lifestyles of the Rich and Famous when I was a kid and feeling like it’s fun to see how the other half, or the 1% live. I don’t know that any of us would really want it at the end of the day, but it’s fun to pretend and live vicariously in that way. I think that’s the joy. On a final note, there was romantic tension between Molly and her colleague Arthur (Nat Faxon). Is there still hope for them in Season 2, do you think?

Yeah. I mean, I love her and Arthur and I think we all want to see them [together]. You always want to see your friends make the right choice and go with the right person or the person that’s not going to let them down or hurt them. But she’s been married for 20 years. She needs to get out there and have fun first. I can only imagine that her dating world is going to be very interesting and hopefully pretty funny. I’m sure there are a lot more billionaires out there that she needs to meet. I think that would be fun to watch. And I don’t know a lot of people that always pick the right guy or the right girl first. So I think she’s probably going to want to be single for a minute and see what that’s like.

Grendel – Cancelled by Netflix – Being Shopped
‘Married at First Sight’ recap: Justin accuses Alexis of not being ready for marriage and Krysten and Mitch stop being intimate
Netflix’s Lou Offers Another Way to Fall in Love with Allison Janney
Emily In Paris – Season 3 – First Look Promotional Photos + Synopsis
MOVIES: Rosaline – Official Trailer
Follow us on Facebook
Follow us on Twitter