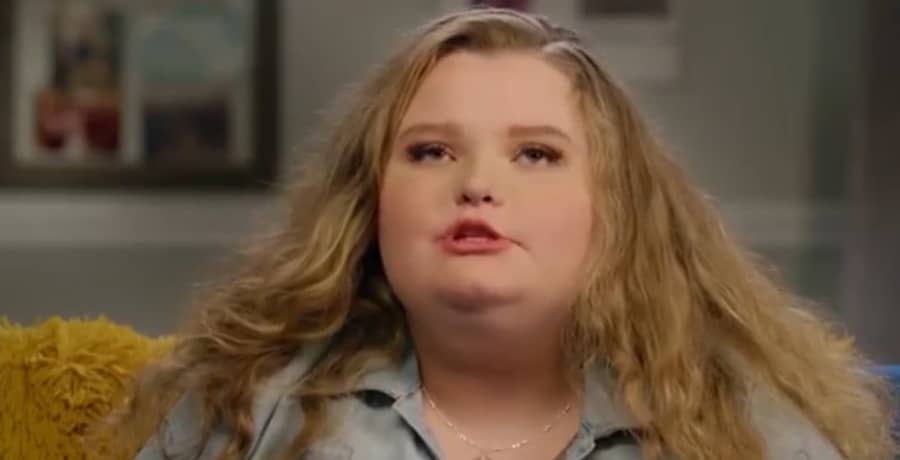 Mama June Shannon is back and she wants everyone to know something about her daughter, Honey Boo Boo. She is not a little girl anymore. The former pageant tot is now a teenager and is actively dating. So, how does she feel about Alana ‘Honey Boo Boo’ Thompson’s older boyfriend? She is spilling the beans.

Viewers got to know Alana ‘Honey Boo Boo’ and Mama June when they first appeared on Toddlers and Tiaras. The reality series documented what it was like to be a young lady on the pageant circuit. Fans were so captivated by her that TLC picked up a series revolving around HBB and her eclectic family, Here Comes Honey Boo Boo. Not only was there her mother but her father, Sugar Bear, and a few sisters. They lived in Georgia and every day, a loud train would pass by the house, almost shaking it. The family enjoyed meals of spaghetti and ketchup while mama often guzzled honey straight from the bear.

Fans also could not get enough of Alana’s quirky uncle Poodle who often made guest appearances. After four seasons, the show was canceled but Mama went on to Marriage Boot Camp with Sugar Bear. They ended up getting a divorce after he admitted infidelity. She went on to undergo a complete physical transformation garnering her own spinoff. Sadly, she and her new love Geno Doak went on a downward spiral, throwing her whole life away. That was when Alana’s older sister, Lauryn ‘Pumpkin’ Efird took over and has raised her ever since.

Now that Alana is growing up, she has found love. At sixteen, she is dating Dralin Carswell who is twenty years old. Mama June is opening up to People about how she feels about the age difference. “Yes, I’ve met Dralin. They’ve been together for over a year. People need to realize that she’s going to be 17 in August and that [Alana’s older sister] Pumpkin and Josh were the same age as they were. She is getting a lot of hate because she’s in an interracial relationship, he is older. But at the end of the day, Alana’s not that 6-, 7-year-old child y’all fell in love with 11 years ago. Alana has grown up, she’s graduating high school next year, guys!”

It is hard to believe that Alana is graduating next year but she has literally grown up before everybody’s eyes. One concern her mama did express was that she wished Dralin would hold down a job more. However, she knows that this is Alana’s first love so anything can happen. Hopefully, fans will get to see more of their relationship when Mama June: Road to Redemption returns Friday, May 13th to WeTV.

FBI: International – Episode 1.21 – Crestfallen (Season Finale) – Promo + Press Release
Korean Series Adaptation of ‘Little Women’ is Coming to Netflix in August 2022
Adam Busby Tussles With Troll Taking Shots At Him
‘Welcome to Eden’ Season 2: Officially Renewed for Second Season at Netflix
‘The Bold & The Beautiful’ Prediction: Finn Comes To At Crucial Moment
Follow us on Facebook
Follow us on Twitter