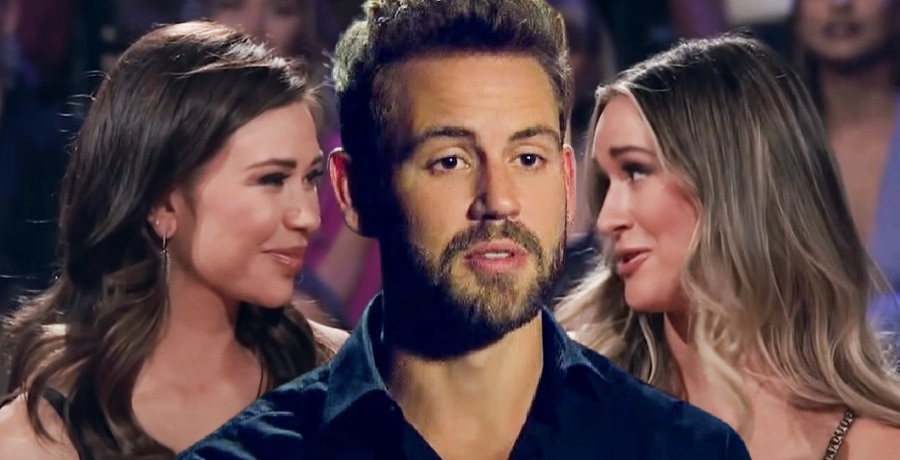 Nick Viall has plenty of experience with The Bachelor franchise. In fact, he’s been the lead himself. So, he knows how it all works. He also knows the drama that can erupt from it all. Now, Nick is opening up about how he thinks having two leads star on The Bachelorette can really mess with their minds. Keep reading to find out more.

Nick Viall shares thoughts on two leads on The Bachelorette

US Weekly shared what Nick Viall had to say about Gabby Windey and Rachel Recchia’s season of The Bachelorette. He said he honestly thinks the dual format is causing more drama for the two ladies.

Nick said, “We were all told, ‘They’re not gonna be pitted against each other,’ but — and I don’t know if it’s necessarily happening by design — I think this format lends [itself] to that happening.”

He continued saying, “They’re told that people are gonna come in and want to date them, and they get to decide who they’re falling in love with. And then when that doesn’t happen and someone is switching sides, it can really mess with their psyche. I think it’s obviously becoming a different show.”

How Rachel and Gabby tried to fix the drama

The two women decided they needed to choose which men they wanted to pursue. Hayden had already been rude telling Gabby she is rough around the edges. Then proceeded to lie to Rachel about comparing her to his ex. So, he was sent home.

At the rose ceremony, Rachel tried to give the men she liked roses. However, that also somewhat backfired when several of the men said they had a better connection with Gabby.

Logan also said he was conflicted and wanted to switch which woman he chose to date. Nick thinks all this can really get to the two women as nobody likes rejection.

He said, “I hope for Rachel and Gabby that we see them both not let this rejection get in their head and focus on what seems to be some really nice connections that seem to be starting to develop. I hope that they no longer let it get to them, but rejection can be tough.”

Overall, Nick is not a fan of having two leads for The Bachelorette. With that said, Nick also said he would like to see two male leads on The Bachelor to even it out.

What do you think about Nick’s thoughts on having two leads mess with their heads?