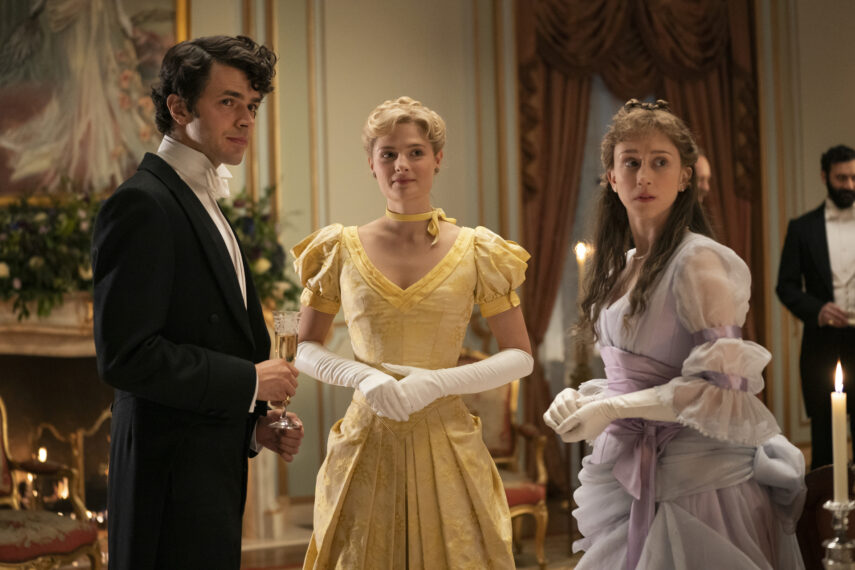 It’s hard to deny the charms of period dramas on TV and in 2022 there are more than a few to keep viewers occupied with the arrivals of returning favorites and new shows.

Whether it’s Starz‘s megahit Outlander, PBS Masterpiece‘s saved Sanditon, or Netflix‘s streamable guilty pleasure Bridgerton, there’s something for everyone. Below, we’re taking a peek at some of our most anticipated period dramas of 2022 including The Gilded Age, HBO‘s forthcoming title from Downton Abbey‘s creator Julian Fellowes. Julian Fellowes shifts his attention from the upstairs-downstairs England-set drama of Downton Abbey for a story about old and new money in New York City with HBO’s The Gilded Age. The series follows young Marian Brook (Louisa Jacobson) to the estate of her old money aunts’ who are portrayed by Christine Baranski and Cynthia Nixon. Upon her 1882 from rural Pennsylvania to New York City, Marian finds herself caught between her aunts’ social war with their new money neighbors George (Morgan Spector) and Bertha Russell (Carrie Coon). Let the juicy drama begin. The series based on Diana Gabaldon’s beloved books returns with a new chapter for time-traversing lovers Claire (Caitriona Balfe) and Jamie (Sam Heughan). Amid the brewing American Revolution, the Frasers are faced with new challenges within their North Carolina community as new settlers move in. The catch? One of the individuals new to Fraser’s Ridge is Tom Christie (Mark Lewis Jones), an old acquaintance of Jamie’s from Ardsmuir. Expect the Christie family to cause a stir when the 18th-century-set drama returns after a lengthy Droughtlander. Saved from the brink of cancellation, PBS made Sanditon fans’ lives in 2021 when they revealed they were renewing the British import for two more seasons despite ITV’s cancellation following its Season 1 run. Now, fans will get to follow Austen heroine Charlotte Heywood (Rose Williams) as the story picks up nine months after the events of Season 1 when she was left heartbroken by Sidney Parker (Theo James).

Arriving back in the titular resort town with her sister Alison (Rosie Graham) in tow, Charlotte will find herself entangled in new opportunities as the army sets up their base in Sanditon. Expect the return of familiar faces and fresh characters when the drama makes its long-awaited return. Making a splash in late 2020, Shondaland’s Regency-era series swaps Daphne (Phoebe Dynevor) for Anthony (Jonathan Bailey) as Bridgerton‘s lead. Joining him in Season 2’s primary romance is Sex Education‘s Ashley Simone who steps in as Kate Sharma. While Regé-Jean Page‘s Duke of Hastings might be absent this time around, there are plenty of intrigues ahead to keep fans of the soapy drama absorbed.

Stay tuned for these period dramas as they make a splash in 2022.