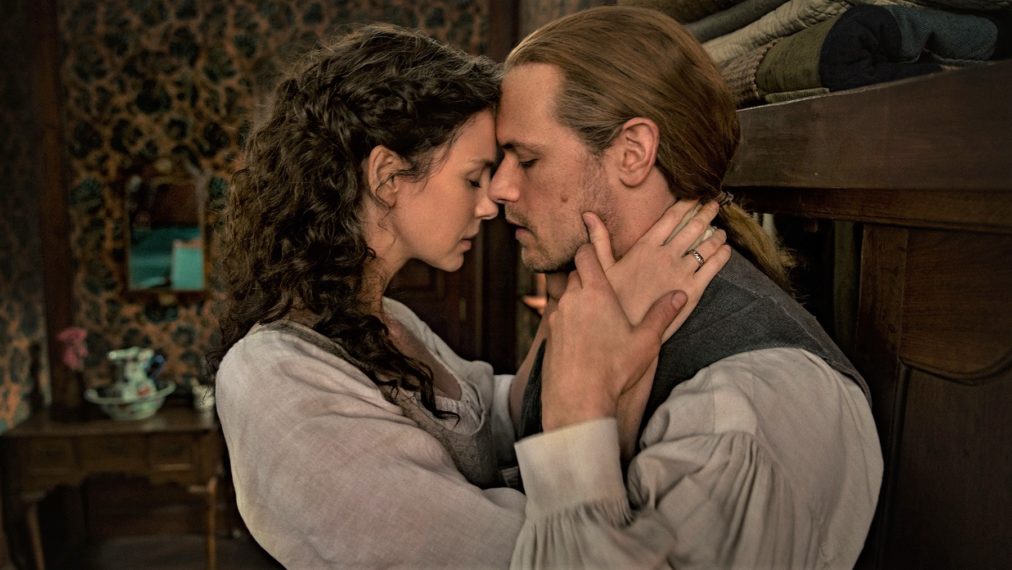 Outlander fans certainly have a lot to be thankful for this holiday season as Starz recently announced a premiere date for the forthcoming sixth season, but another new treat has also arrived as the network unveils a new title sequence.

Over the past seven years, viewers have no doubt become familiar with Outlander‘s theme tune, “The Skye Boat Song.” The song’s opening lyrics “Sing me a song of a lass that is gone, say could that lass be I?” are as recognizable as Jamie (Sam Heughan) and Claire’s (Caitriona Balfe) love on the show, but there are some major changes being made for Season 6.

In the newly released title sequence, above, the song begins from the perspective of a male singer as the word “lass” is replaced by “lad.” The accompanying visuals include the familiar dancers that Claire witnessed in Season 1 way back in 2014, but there are also new sequences spliced in between the original footage.

Some of the visuals give viewers clues about what to expect in the season including American motifs like bald eagles, Jamie, Claire, and the rest of the Fraser’s around the Ridge, jailing for someone as imprisoned hands reach out to another pair, and some spiritual moments for Roger (Richard Rankin), among much more.

In past seasons, the show has updated the theme song to reflect the setting, such as Jamie and Claire’s time spent in France as well as their move from Scotland to America. But considering the change of perspective from female to male, we can only imagine what’s coming on the horizon for Season 6.

Watch the title sequence for yourself, below, and don’t miss Outlander when it returns early next year on Starz.

USD POLL : Were you happy with the Supergirl series finale?
9 TV Shows to Watch After Thanksgiving Dinner
‘Walking Dead: World Beyond’: Escaping CRM, For Real This Time (RECAP)
CSI: Vegas Star Matt Lauria Discusses the Many Mysteries of Josh Folsom
What’s Leaving Netflix in January 2022
Follow us on Facebook
Follow us on Twitter