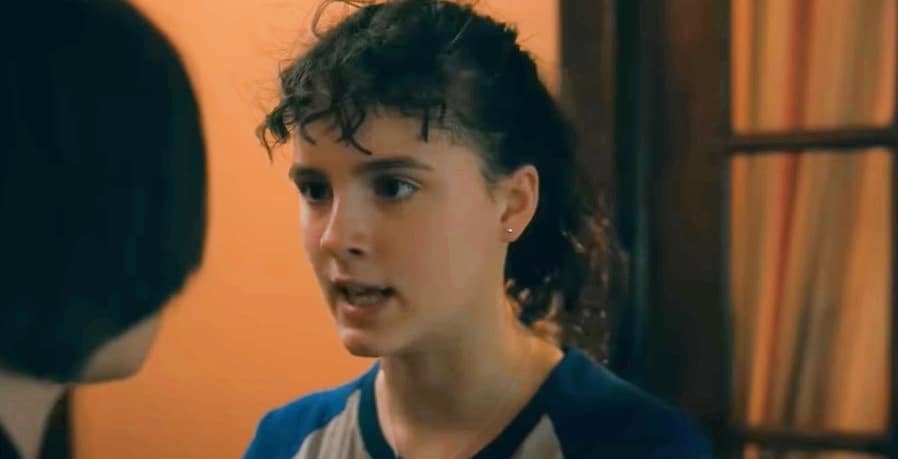 Paper Girls has been likened to Netflix’s Stranger Things. Some fans of Stranger Things have gone as far as trying to say the series is a rip-off of Netflix’s show. This, however, isn’t possible because the Paper Girls comic book series existed first. Moreover, if you watch more than just the trailer and the first episode, you will quickly learn these are two vastly different shows.

Warning: Spoilers ahead if you haven’t watched Paper Girls.

Amazon’s new tweenage sci-fi thriller presents the interesting concept of finding yourself by traveling to the future and seeing who you become. K.J. ends up finding a little more than she bargained for that suddenly makes a lot of her struggles and emotions make a lot more sense. While in the future, K.J. ends up at her house with the other paper girls to crash a party and get some food. K.J. ends up stalking her older self to see what kind of person she becomes. The preteen discovers that her roommate is also her girlfriend when her older self very passionately kisses her female roommate.

bestie fighting for HER LIFE 😭😭😭 she’s like me for real #PaperGirls pic.twitter.com/go2aYBejhU

Unable to formulate that she believes she is also gay, K.J. struggles to say she thinks she likes movies but doesn’t know how to deal with the emotions. Her future girlfriend is quick to catch on to the real meaning behind the words and tries to give her comfort. She also encourages young K.J. to hang out more with her and her older self to discuss these feelings. For obvious reasons, K.J. shuts down this idea.

During the rest of Paper Girls Season 2, K.J. struggles to come to terms with the fact that she is gay. It, however, becomes clear that she has a massive crush on her friend Mac.

bestie went through all the stages of grief in the span of 10 seconds 😭😭 #PaperGirls pic.twitter.com/DWYXlvqEEb

Now, Stranger Things also has a teenager struggling with being gay. It became painfully obvious to everyone watching the show that Will Byers was in love with his friend Mike. Four Seasons into the series, however, there hasn’t been a storyline embracing Will’s sexuality. By comparison, Paper Girls immediately embraced K.J.’s sexuality and spent the rest of the season exploring and struggling with it.

According to The Independent, Brian K Vaughan, the creator of Paper Girls, hopes there is room in the world for both his creation and Stranger Things to exist. Both shows are similar in some ways. But, they are also two different shows. Instead of comparing the two, Vaughn hopes fans can find a way to enjoy them both.

Have you had a chance to watch Paper Girls on Amazon yet? Let us know what you think about it in the comments down below.