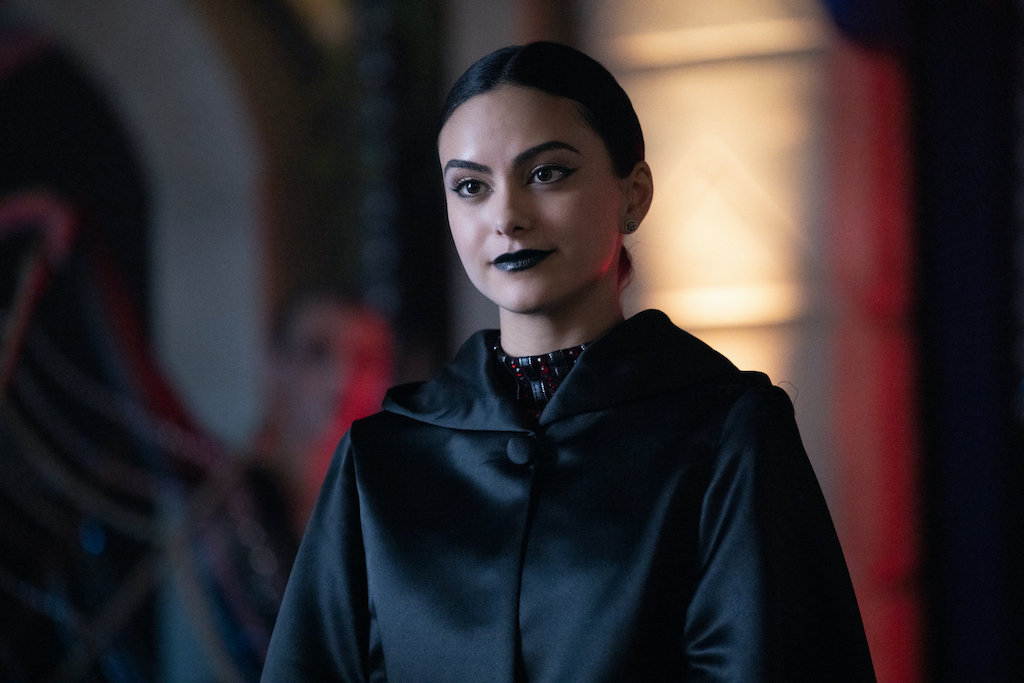 So…what superpowers would you want?

Jughead (Cole Sprouse) poses that query at the opening of this weekend’s Riverdale, “Chapter One Hundred and Nine: Venomous,” and then quickly points out that there are always downsides to having special abilities. Without spoiling anything that follows, we begin to see how everyone in town is finally becoming painfully aware of the gravity of their newly developed post-explosion powers. That’s especially true for poor Veronica (Camila Mendes), who learns that her gift may be more of a curse than anyone’s, just as her dumb-dumb ex Reggie (Charles Melton) decides to help evil Percival Pickens take her on in the boardroom. Still, that isn’t stopping our casino-owning hell-raiser from having some fun with whatever is going on inside of her. In this exclusive clip from the hour, Ronnie unleashes the she-wolf of Wall Street for a performance of Britney Spears’ “Toxic” at the Babylonium. For those of you who had the good sense to watch Katy Keene, you may pick up the shades of “Kiss of the Spider Woman” and that is OK.

Now, why is Ronnie dedicating it to Archie (KJ Apa) and Betty (Lili Reinhart)? Again, that would be a spoiler and also, it would take almost as long as the episode itself to explain, because there is a LOT going on here. But suffice to say there is an abundance of shirtless Archie, Cooper revelations and strange medicine from Cheryl Blossom (Madelaine Petsch), all combining to help Veronica get her “main-character energy” back.

Let us know in the comments below what you think of the bit!

POLL : What are you watching Tonight? – 22nd May 2022
This Is Us Boss on Potential Movie or Spin-Off: “You Never Know”
‘Married at First Sight’ Reunion: Alyssa breaks down, Mark claims Lindsey spit on him, Jasmina and Michael reveal if they’d give marriage a second shot
‘Abbott Elementary’ Star Quinta Brunson Slams Calls For School Shooting Episode
Cheryl Burke Admits To Trying Couples Counseling Before Her Divorce
Follow us on Facebook
Follow us on Twitter