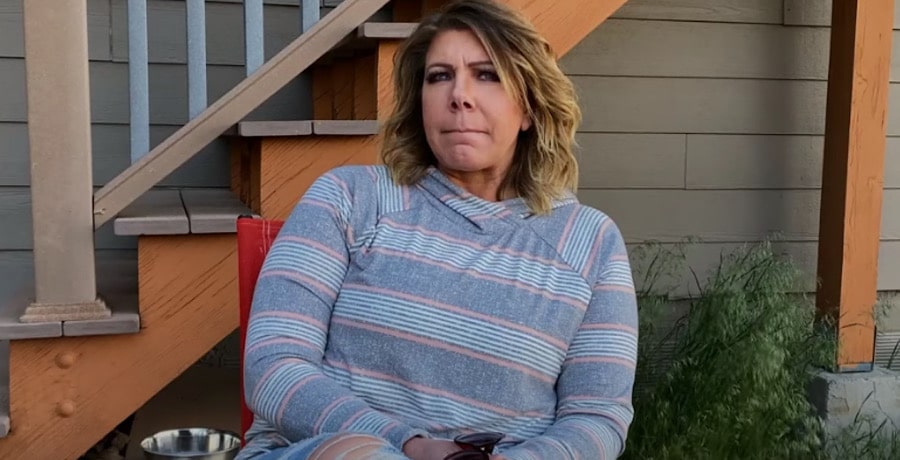 Sister Wives fans have long questioned Meri Brown about a lot of things. They cannot understand her loyalty to a family where she is basically dispensable. There is no affection or intimacy between her and her husband, Kody despite Meri being the original first wife. Fans want Meri to leave and live her best life but she stays regardless. In the latest episode, third wife, Christine revealed that she was leaving the family. More so, she has said to Kody she does not want a marriage like what he and Meri have. After she announced her plans, Meri seemed utterly broken by it all but fans want to know why. They took to Reddit to ask the OG wife a big question and now they want answers.

There is nothing keeping Meri in the plural family at this point. She does not have small children nor does she have a close relationship with her sister wives. Plus, she and Kody are barely even friends as he makes it seem like she is just an obligation to him. When Christine was just going through the motions with Kody, she decided to leave. Meri is unable to do that yet seemed devasted when she learned the family was losing one of their own. Due to her startling reaction, fans had some thoughts on this and took it to Reddit where a thread was started.

“I am watching the episode in season 14 when Meri and Kody go to Vegas to see their therapist. He was actually using the exact same excuses for pulling away from Meri that he is for Christine. He vaguely said her treatment of “other people” is why he isn’t going to be with her anymore,” the thread started. It added Meri is in the best place now to exit the marriage by having her B&B. One Redditor believes Meri is mad at Christine because she can’t bring herself to leave.

“Meri isn’t mad that Christine is leaving. She doesn’t even have a relationship with Christine. She’s just an extremely insecure person. That’s what insecure people do,” another added. Finally, one noted: “Meri is embarrassed by Christine leaving. She chased a catfish nearly 8 years ago, been publicly rejected by Kody repeatedly, always posting some coy message on IG like she’s done with Kody but still there. Then Christine pops up and pull the trigger she was threatening to pull for years but couldn’t do it… makes her look stupid.”

Will Meri Ever Leave?

It has been said that Meri feels an obligation to Sister Wives so that she can make it to the Celestial Kingdom. However, is it really worth it when she has sacrificed who she is? At this point, Meri is rarely even around Flagstaff. She is traveling with her LuLaRoe family and was just enjoying time in Mexico. Furthermore, she has been at her bed and breakfast more than usual. In an upcoming clip for the next episode, it seems Kody suggests she move there. How much more will she take? Is she okay living a double life? More so, is she jealous Christine took her freedom back?

Let us know your thoughts and watch Sister Wives Sundays on TLC.

Law & Order: Organized Crime Season 3 Episode 9 Review: Last Christmas
‘The Bachelor’ alum Susie Evans reveals if she’d ever date someone from the franchise again
Servant Final Season Trailer: The Turners Are in Mortal Danger As Leanne Embraces the Darkness!
Performers Of The Month – November 2022 Results
’90 Day Fiancé: Happily Ever After?’: Shaeeda’s Baby Ultimatum (RECAP)
Follow us on Facebook
Follow us on Twitter