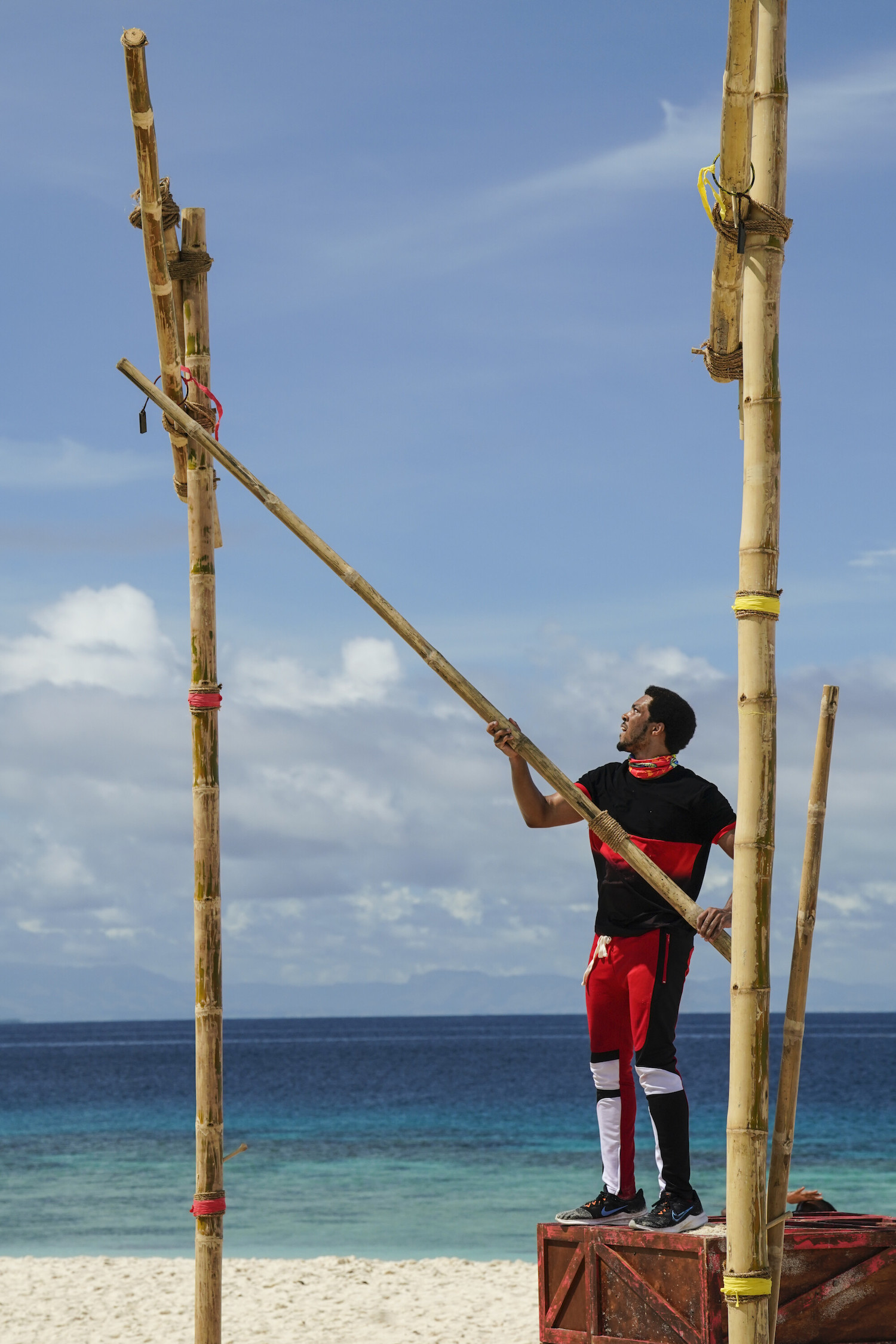 Survivor is back! The beloved CBS competition series aired its two-hour season premiere on Wednesday, September 21. As to be expected, the Survivor Season 43 premiere focused much of its time introducing the 18 players, which Jeff Probst previously told TV Insider are easy to love. The players are divided into tribes Baka, Coco, and Vesi.

The premiere quickly got to the first reward challenge, kicked off with a hopeful message from Probst that could double as a message to fans: “I hope Survivor gives you what you seek, and I also hope you’ll stay open to receiving what Survivor thinks you need.”

Here, we break down what’s new and what’s the same out the gate of Survivor 43.

Survival Tools Must Be Earned

Unfortunately, Survivor does not think contestants need to start with survival tools, so winning the first challenge was vital. But like 41 and 42, players got another chance to get those tools once they got to their camps.

Survivor 43’s first reward challenge was a relay race, as usual. And the theme was heavy lifting. The first leg was in the jungle, requiring two players from each tribe to run and carry back heavy crates. They could work together or solo, most opting for solo. The second leg was aquatic, prompting the pairs to unclip loaded boats and drag them back to shore. The final leg was on the beach, requiring the teams’ remaining two players to form a cube out of the collected crates. One player stands on top of the crates and uses a bamboo pole to fetch their flint from a high height. The first to finish keeps their flint, as well as earning a pot and machetes. No food just yet.

Six men stepped up for the first leg of the race, with Baka taking the early lead. By the third leg, Coco took the lead, but it became everybody’s game. Cody from Vesi had the idea to put the flint inside the bamboo to secure it, which allowed Dwight to pull them through to victory.

At the camps, Baka and Coco had their next chance to earn survival tools in the Sweat and Savvy challenge. The tribes must choose between the physical task or the brain teaser, but they can only submit one guess for the latter. The physical challenge can only be completed by two players who cannot collaborate on the hours-long task. Baka chose Savvy.

Their challenge: “Move two ‘bones’ to form the largest whole number. Use the chalkboard to experiment, because you can only move the two bones one time.” They have four hours to submit their answer, and they got it correctly.

Coco chose Sweat. Their challenge: two players dig for the supplies, which are strewn within a square perimeter. Ryan and Geo volunteer, and Ryan has the idea to tackle the digging in an x formation, “working smarter and not harder.” Thanks to Ryan’s strategy, they found the buried bag in the first 30 minutes of their 4-hour window. Now, all the tribes have their needed tools and shelter building can commence. But they could be lost as quickly as they were earned in the next challenge. The tribes are getting along fairly well in these first hours, but some players start their game strategies with lies. Sami tells his Baka tribe that he’s 22, not 19. And Cody, an elevator salesperson, is convinced salespeople are a big threat to the game. He buries the ledes about his job, telling Vesi he just works for an elevator company. He then tries to sow suspicions about Nneka, who also works in sales.

The women of Baka start to bond, and Lindsay at Coco wants to build an all-women alliance as well, but with professional chess player James part of the group to get a majority.

On Day Two, boats arrive at the beaches to pick up one player from each team for the Summit Challenge. Karla goes for Coco and Mike (who goes by Gabler) goes for Baka, both chosen through democratic methods, and Dwight volunteers unchallenged for Vesi. As he rides away, the players question their willingness to let him sail off to a possible advantage without protest. The trio makes their way to a giant rock, not a mountain like in 41 and 42’s Summit Challenges. They have to trek through water to get to the boulder before scaling it. A Risk or Reward challenge awaits them, but this time, they choose from bags instead of a ship’s wheel. For those who risk, one player will earn an advantage. The others lose their vote at the next Tribal Council. They make their choices by placing cards over their names on a table. Those who chose risk will draw a package from their assigned bag, which they can’t open until a private moment back at camp.

Karla does not risk her vote, but Gabler and Dwight do. Back at their camps, Gabler tells his team about the challenge. They cheer as he reveals he won an Immunity Idol that will keep him safe at the next two Tribal Councils. Dwight, who also clued his Tribe in, lost his vote.

The first Immunity Challenge of Survivor 43 saw the players run through a series of obstacles collecting three balls. One player digs under a log to release a ramp. They work together to get everyone up the ramp and across a balance beam, which has an extension to assist with crossing that players must unlock. The first tribe to get all of their players across gets their choice between three table games, the second picks from two, and the third gets the last available table. Two contestants must work together to get the three collected balls in the holes at the other end of the table mazes. First to tribes finish win immunity, the last gets sent to Tribal Council and loses their flint.

The players army-crawled through mud to begin, then had to comb through a giant pile of leaves to find their three balls — the leaves sticking to their bodies because of the mud. Some players are then covered in sand as they climb under a massive log they had to dig a tunnel under. Coco was the first to get to the ramp. And Baka fell behind as Vesi worked on the inclines. Coco maintained their lead and finished first, followed by Vesi. It’s a good thing Gabler snagged that double Immunity, because Baka lost the first Immunity Challenge of Survivor 43. He feels guilty for being “part of the loss” but being immune from elimination, so he tries to save face back at camp.

His strategy confuses everyone: he tells the team he’s playing a Shot in the Dark, not playing his Immunity Idol, to hold himself accountable for the loss, it seems. But the Tribe doesn’t take it at face value. They debate over who should be the first to go home, an awkward conversation when no one stands out as a weak link.

Baka regrets not being more strategic in the early days in favor of being a “kumbaya” team. That energy, they feel, is what landed them at the voting booth.

Ultimately, Gabler did not play his Immunity Idol, but the gamble paid off. The votes were split between Morriah and Owen. With four votes, the rainbow-clad Morriah was the first person voted off of Survivor 43. Next week, a storm will throw all the tribes off their rhythm. Will Season 43 have unprecedented weather like its predecessor? We’ll have to wait and see.