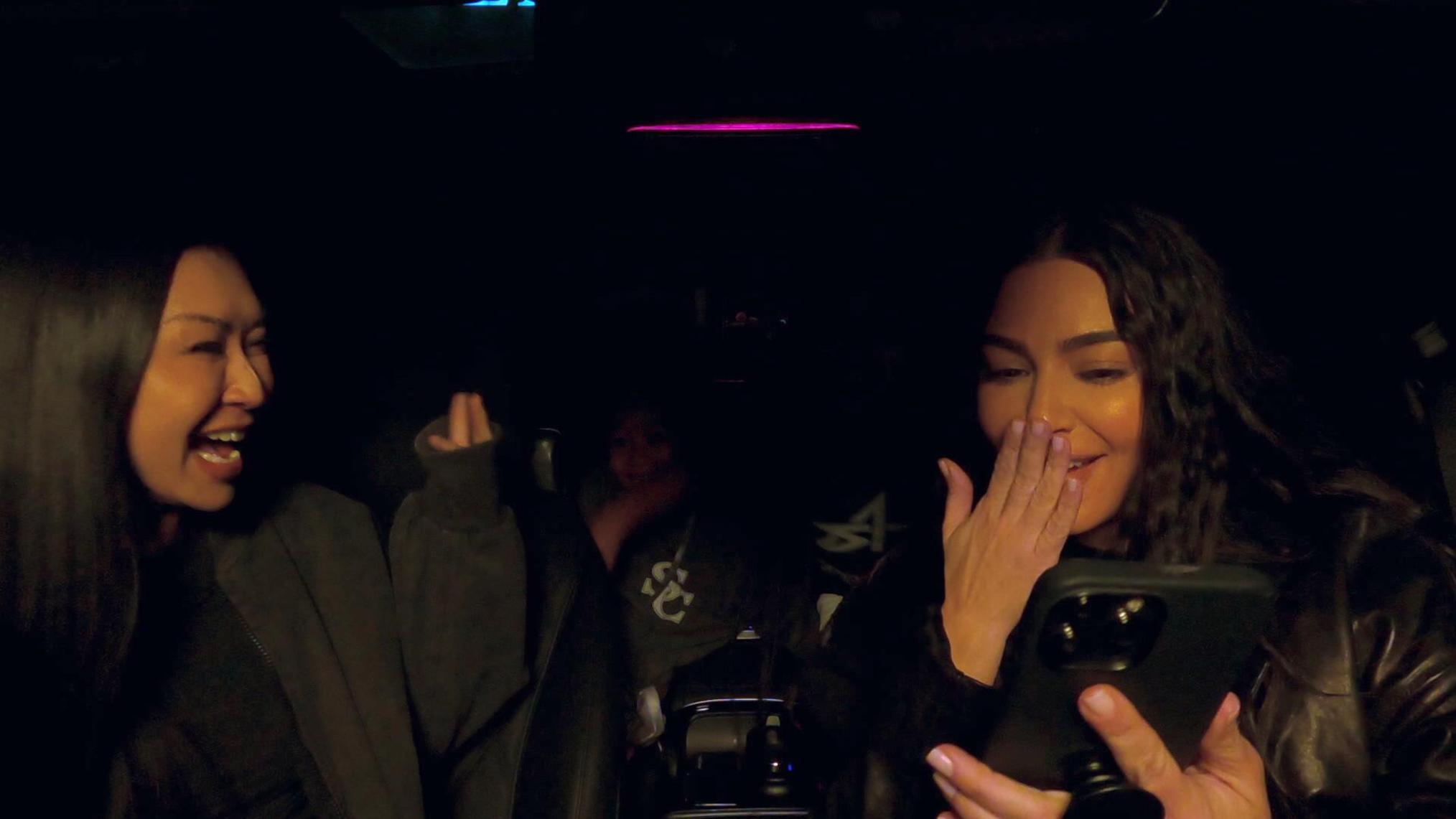 [WARNING: The following contains MAJOR spoilers for The Kardashians Season 1, Episode 7, “Where I’ve Been and Where I Wanna Go.”]

After a heavy Episode 6 last week, The Kardashians Season 1 Episode 7 is a palette cleanser. And not just because Kourtney Kardashian and Travis Barker do an intense cleanse to help them have a baby.

In “Where I’ve Been and Where I Wanna Go,” Kim Kardashian continues to reconnect with her personal style, figuring out who she is outside of her relationship with ex-husband Kanye West. Kylie Jenner and Kris Jenner do normal people things, and viewers see the behind-the-scenes of Kim’s March 2022 Vogue cover.

Here, we break down highlights of the episode.

The focus of this episode is fashion. Fresh off of the heels of passing the baby bar, Kim uses her law school education to negotiate her own contract for a Balenciaga campaign. She styles herself and carries out the shoot in her Calabasas home. And later, she learns she’s going to be the March 2022 cover star of American Vogue, which she got over her sister, Kendall Jenner, who was originally lined up to get the cover.

To prepare, Kim goes through her massive wardrobe archive. Her diehard fans will get excited by this part of the episode, as the cameras follow Kim through her warehouse containing countless clothing racks full of everything she’s ever worn dating back to the early Keeping Up With the Kardashians days. Kim also shows off a unique skill in this giant closet: name any date and event, and she can tell you exactly what she wore and exactly what her glam was. Later on, Kim has Kris, Corey Gamble, Khloé Kardashian, Kendall, Kourtney, and Travis over for dinner, where they discuss a song Kanye is releasing that Kim says will speak badly of her.

“I will never stop being me. All I can do is control how I react to something. I can’t control how he treats me or how he’s always treated you guys,” she tells her family. She then alludes to Kanye mistreating her family members during their marriage, but doesn’t go into specifics. She also owns her history of defending Kanye no matter what.

“I protected that for so long, but I said I will never let that happen to you guys again,” she says. “For once in my life, I feel strong. I’m not gonna let anyone treat you guys a way or myself.”

“I do recognize the impact that my relationship has had on my family and that I’ve never had the opportunity to say, ‘I’m sorry, guys,’” Kim says in solo commentary.

Continuing their efforts to conceive, Kourtney and Travis do an Ayurvedic cleanse called panchakarma. For the first five days of the 12-day cleanse, they go without things like caffeine and sex — the latter, of course, they vocalize their struggle with. Then they go to an Ayurvedic spa for four hours every day over the course of one week to do the second part of the process. Kourtney does a yoni steam, they get massages, and more in the hopes of cleansing toxins out before the next IVF treatment.

Kourtney takes Khloé’s advice and decides to have a talk with Scott Disick to figure out how they can move forward as co-parents and still involve Scott in family events. Kris and Kylie go to a grocery store for the first time in years in the episode, soaking in the glee of doing “normal people” things. Kris says she stopped grocery shopping in person because people would sneak photos and paparazzi would show up. She and Kylie then get very excited in a car wash.

Kris has to put her manager hat on to break the uncomfortable news to Kendall that Kim is getting the Vogue cover, not her. But Kendall’s agent had already spoken to her about it. Kris then pressures Kendall into having a baby, going so far as to call their family OB-GYN to ask if/when Kendall should freeze her eggs. Kendall isn’t interested.

During dinner at Kim’s, Kris tells the cameras that family and friends publicly speaking ill of them is taken personally by everyone.

“When people are saying disparaging things about any of us, it hurts all of us,” she says. “Because one day, your kids are going to read all of it and see all of it. That’s something everybody really has to be aware of.”

Khloé’s newly built home is now ready. She and daughter True Thompson move in, with Tristan Thompson expected to join them in the NBA off season.

The promo for The Kardashians Season 1 Episode 8 reveals Kim will tell the story of how she and Pete Davidson started dating, and Gwyneth Paltrow will make an appearance. Tune in to TV Insider for more recaps of the Hulu series.

‘Married at First Sight’ couple Noi Phommasak and Steve Moy reveal why they still haven’t moved in together yet
‘The Bachelorette’ alum Hannah Brown and boyfriend Adam Woolard test positive for COVID-19
TV Insider’s Top 25 of the Week (June 27-July 3): ‘Only Murders in the Building,’ ‘Westworld’ & More
See: Apple Sets End Date Date for Jason Momoa Drama
What Time Will ‘Stranger Things’ Volume 2 be on Netflix?
Follow us on Facebook
Follow us on Twitter