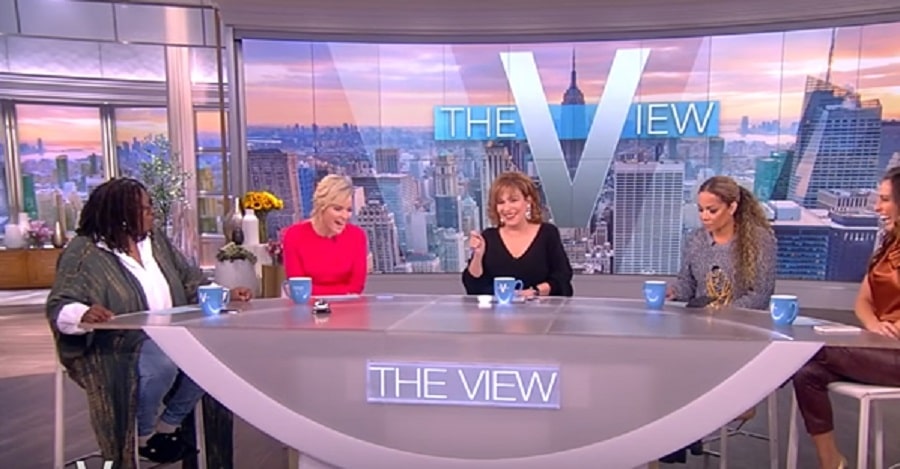 Whoopi Goldberg snitched on her boss as they tried to make an early exit from the daytime talk show. She tried to close out the show on Tuesday’s broadcast of The View. Once the show came back from commercial break, the co-hosts discussed the following day’s guests. Whoopi paused the show when she noticed something happening behind the scenes.

When the camera panned over to her, she was in a state of shock. She fell silent as she was focused on happening. Whoopi called out someone for trying to leave the show early. Read on to learn more and to see what happened next.

Did The View host snitch on her own boss?

Whoopi Goldberg called out a crew member for making a quick exit. She joked that they were “stuck in here now” and asked them if they were in a rush to leave the door. Her former co-hosts Sara Haines, Joy Behar, Sunny Hostin, and Alyssa Farah Griffin looked over to see what she was looking at. They couldn’t help but laugh at what they were seeing.

Whoopi Goldberg snitched on their boss for leaving early. She said: “That’s right. That’s our boss. Well, one of them.” Sara laughed out loud as Whoopi closed the show with the usual outro. The camera never panned over to who she was speaking to behind the scenes.

It’s unclear which one of their bosses were trying to leave the show. Previously, Whoopi Goldberg called out the producer who gave her a stern warning about a joke that she made. She didn’t look happy when The View returned from commercial break. That’s when she had to explain herself and said that she was just a comedian who was making a joke.

There have been a lot of conversations about Whoopi Goldberg over here on TV Shows Ace. Most are fed up with her and want her off the show. For some reason, the actress has fans worked up about her recent behavior and comments. However, there have been some who are supportive of the co-host.

Check back with TV Shows Ace for more news on Whoopi Goldberg.

Chanel Adams is addicted to reality TV. She’s been writing about entertainment and pop culture since 2006-07. When she’s not writing about TV topics, she creates dynamic blog posts and long-form content for eCommerce and SaaS businesses.

The SpoilerTV Favourite TV Series Competition 2022 – Round 2B
Top 200 Cable Sports: Week Ending 4th December 2022
Yellowjackets – Season 2 – Date Announcement Teaser Promo
Will Netflix Bring Back ‘Gilmore Girls: A Year in the Life’ for Season 2?
The Flash Final Season Set for February Premiere at The CW
Follow us on Facebook
Follow us on Twitter