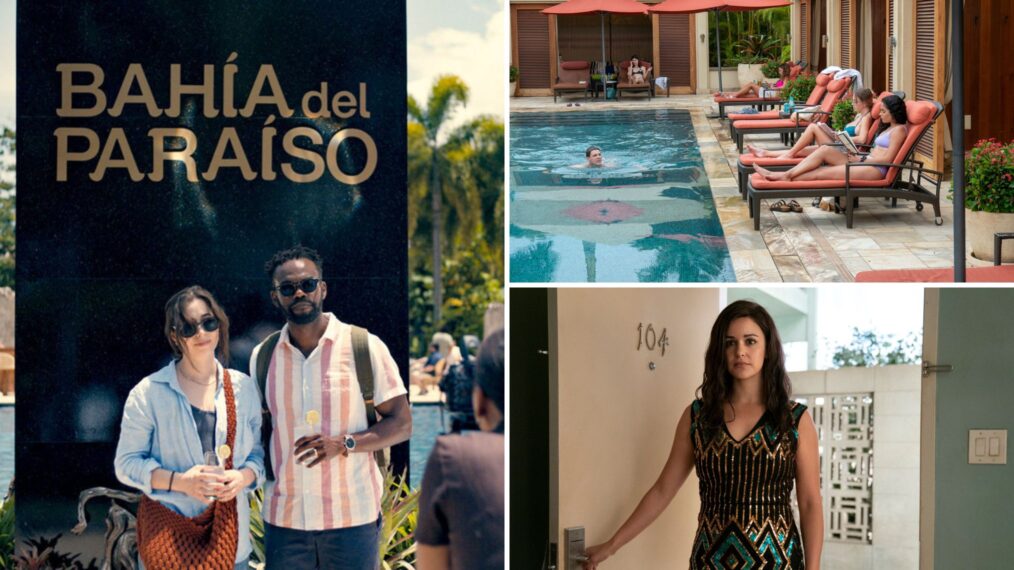 Often series are set within the compound of the characters’ familiar space (their home), while other times we follow them through transitional spaces or even see them move to an entirely different place where they know basically no one.

But occasionally an entire show is set within the world of a getaway. These getaways often don’t pan out as planned. That can be because of the horrendous state of the place they are staying, but more often than not, it has to do with the people that are there. Take, for example, The Resort, currently dropping new episodes on Peacock on Thursdays or The White Lotus, returning for a second season this fall on HBO.

So, whether these shows are transporting you to a better place, keeping you intrigued with a mystery or two, or even allowing you to take a breath and laugh, take a pause and scroll down for the shows set in a resort or similar location to be entertained right from the comfort of your own couch.