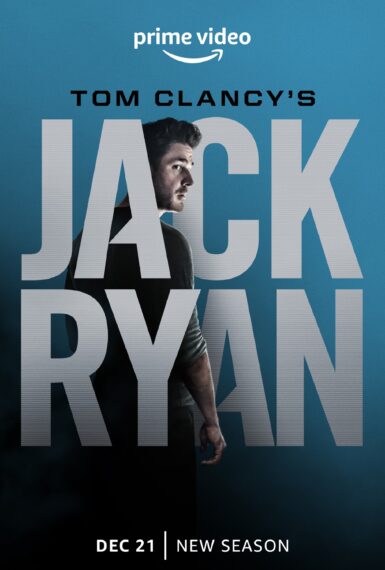 Tom Clancy’s Jack Ryan is swinging back into action as the series sets a Season 3 premiere date on Prime Video. John Krasinski will be back as the titular character on Wednesday, December 21.

All eight episodes of the global hit will drop at once and stream exclusively on Prime Video, presenting a perfect binge opportunity over the holiday season. In anticipation of the show’s return, Prime Video has also unveiled Season 3 key art featuring Krasinski and the title, as seen below. Originally debuting in 2018, it’s been three years since fans last saw Krasinski in the role as Season 2 dropped in October 2019. Now, in Season 3 of the action-thriller, Jack Ryan is on the run and in a race against time. After he’s wrongly implicated in a larger conspiracy, Jack suddenly finds himself a fugitive out in the cold.

Wanted both by the CIA and the international rogue faction that he has uncovered, Jack is forced to go underground, traversing Europe, and trying to stay alive all while preventing a massive global conflict. Along with Kraskinski, Season 3 welcomes back stars Wendell Pierce as James Greer and Michael Kelly as Mike November. Joining the series for Season 3 are new regulars Nina Hoss as Alena Kovac and Betty Gabriel as Elizabeth Wright.

Stay tuned for more on the show’s return as we approach the Season 3 premiere date this winter and catch up on Seasons 1 and 2 anytime on Prime Video.