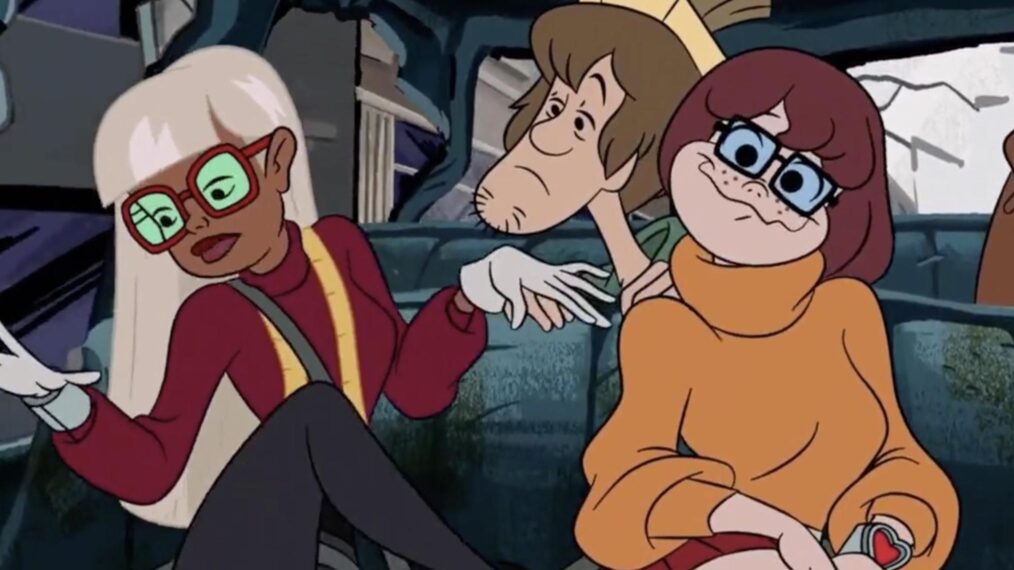 After several attempts throughout the decades from several creatives, Velma is officially gay in an upcoming animated movie called Trick or Trick Scooby-Doo!. In a few viral clips of the cartoon, Velma of the Mystery Inc. crew can be seen getting lovestruck and speechless following her encounter with costume designer Coco Diablo. Not only does it confirm several fan theories about the character, but it also follows through with the idea of several creatives that have helmed past Scooby projects.

In a 2020 tweet, Gunn stated that he “tried” to make Velma a lesbian in the live-action movies. “In 2001, Velma was explicitly gay in my initial script,” he wrote. “But the studio just kept watering it down & watering it down, becoming ambiguous (the version shot), then nothing (the released version) & finally having a boyfriend (the sequel).”

During Pride Month in 2020, Cervone posted on Instagram, “I’ve said this before, but Velma in ‘Mystery Incorporated’ is not bi. She’s gay. We always planned on Velma acting a little off and out of character when she was dating Shaggy because that relationship was wrong for her, and she had unspoken difficulty with the why. There are hints about the why in that episode with the mermaid, and if you follow the entire Marcie arc it seems as clear as we could make it 10 years ago. I don’t think Marcie and Velma had time to act on their feelings during the main timeline, but post reset, they are a couple. You can not like it, but this was our intention.”

this my fave scene of her !! pic.twitter.com/V07OfY1nsS

With an upcoming HBO Max series focused on the character slated to debut on HBO Max arriving in early 2023, many are expecting it to follow suit.