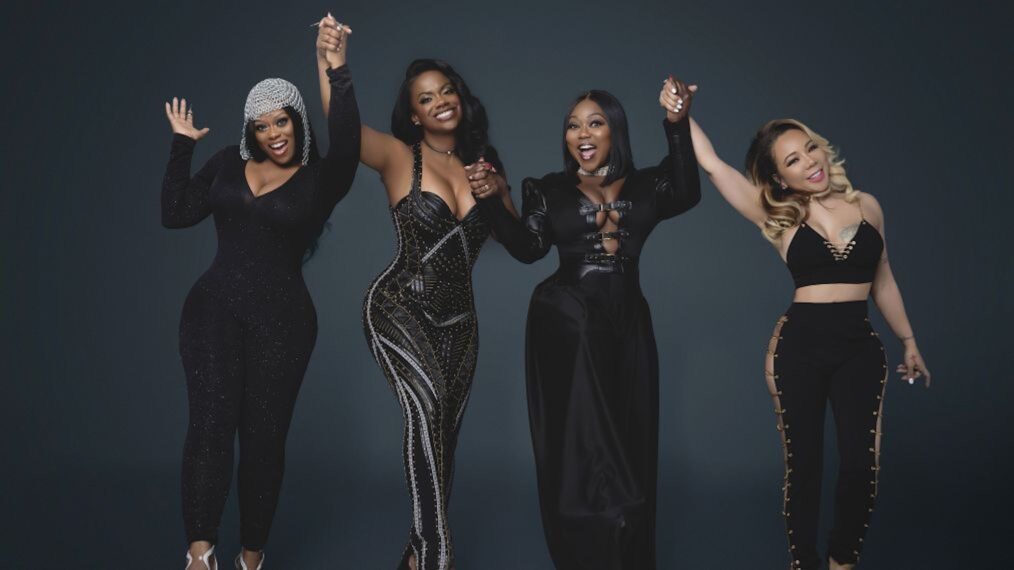 According to Bravo’s Real Girlfriends in Paris logline, “six bold 20-something American women pack their bags to embark on an exciting international adventure living in the most beautiful city in the world: Paris! While in the City of Lights, they find each other, encounter a romantic rendezvous or two, and embrace all the spontaneity that comes with living in an exciting new city. Always looking for a good time, the women find themselves in an extraordinarily rich moment in their lives where the possibilities for true love, unrelenting passion, and forging life-long friendships are endless.”

Southern Charm: Leva Land “follows the lives of a dynamic social group of friends living in Charleston, S.C., and working together. There’s never a dull day in ‘Leva Land’ with the staff at Republic Garden & Lounge and their powerhouse boss, Leva Bonaparte of Southern Charm. Leva owns four restaurants on the hottest street in town and Republic is the crown jewel of her kingdom.”

XSCAPE/SWV will feature the members of R&B groups Xscape and SWV. The Real Housewives of Atlanta star Kandi Burruss is one of Xscape’s original members, along with Tameka “Tiny” Cottle, LaTocha Scott, and Tamika Scott. Cheryl “Coko” Gamble, Tamara Johnson, and Leanne Lyons make up SWV.

“Following their epic Verzuz performance, the ladies of Xscape and SWV reunite once again to prepare for a show that promises to reignite their music careers,” the logline teases. “There is much at stake for these powerhouse women as they navigate different stages in their lives, both personally and professionally. From celebrating the power of collaboration and sisterhood to pushing to overcome obstacles, there is no shortage of wonder, watching two of the most iconic female R&B groups of the ’90s come together for this multi-part limited series.”

The three titles join previously announced new Bravo series Below Deck Adventure, Life is a Ballroom (WT), and Love Without Borders, as well as the upcoming series The Real Housewives of Dubai, airing its premiere June 1.

Moving forward, Peacock will be the streaming home of all Bravo shows. The Real Housewives of Atlanta Season 14 was the first new season to be available for next-day streaming on Peacock earlier this month.