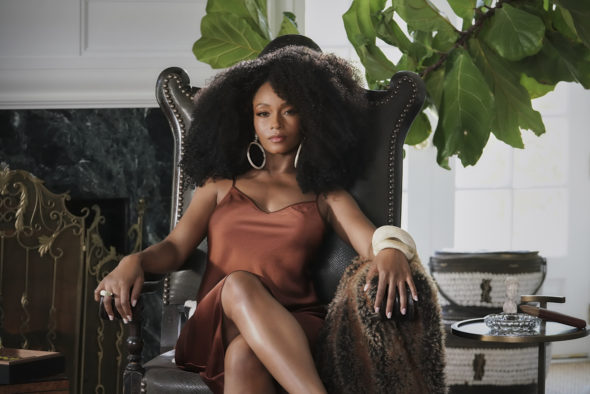 Anglea’s drama won’t continue into the 2022-23 television season. Our Kind of People has been cancelled so it won’t get a second season on FOX. The first season of 12 episodes wrapped in January.

A soapy drama series, the Our Kind of People TV show stars Yaya DaCosta, Morris Chestnut, Joe Morton, Nadine Ellis, Lance Gross, Rhyon Nicole Brown, Kyle Bary, and Alana Bright with Debbi Morgan, L. Scott Caldwell, Raven Goodwin, and Nicole Chanel Williams in recurring roles. The series takes place in the aspirational world of Oak Bluffs on Martha’s Vineyard, a historical stronghold where the rich and powerful Black elite have come to play for over 50 years. In the story, a strong-willed and single mother named Angela Vaughn (DaCosta) sets out to reclaim her family’s name and make an impact with her revolutionary haircare line that highlights the innate, natural beauty of Black women. However, she soon discovers a dark secret about her own mother’s past that turns her world upside-down and shakes up this community forever.

Airing on Tuesday nights, the first season of Our Kind of People averaged a 0.30 rating in the 18-49 demographic and 1.35 million viewers in the live+same day ratings (including DVR playback through 3:00 AM). In the live+7 day ratings, the season averaged a 0.49 demo and 2.08 million viewers. The show picked up 64% and 54%, respectively, in the week of delayed viewing.

Unfortunately for fans of the series, those numbers apparently weren’t good enough to nab the drama a renewal. Viewers were left with a cliffhanger and series co-creator Karin Gist shared what would have happened.

At the of end of season one, which ended in January, Nadine Ellis’ Dupont was shot. Gist told Deadline that had the series been renewed, she would survive the shooting from an assailant that was originally looking to harm her father Teddy Franklin (Joe Morton).

“What I love about that is that we spent the season bringing the family together and so, you always have to give families something to root for and a reason to bring them back,” she said. “By the end of the season, the family is cracked because of the Teddy of it all. So hopefully going forward, Leah’s injury will be the touchstone to bring the family back together.”

Check out our FOX status sheet to track the network’s new series pickups, renewals, and cancellations. You can find lists of cancelled shows here.

What do you think?  Did you enjoy watching the Our Kind of People TV show on FOX? Are you sorry to hear that this series has been cancelled and won’t have a second season?