Fan accounts of Netflix shows and movies are part of the lifeblood of the long-term success of any show. Cobra Kai is no exception with a slew of social media accounts, websites and YouTube Channels helping organically promote the show. One fan account, however, has gone one step further and produced a set of cartoons for the show which have been released onto YouTube today.

Cobra Kai Kid is a successful YouTube channel that’s amassed close to 30 million views on YouTube and has a loyal subscriber base of well over 200,000.

The channel is full of content on all things Karate Kid and Cobra Kai. You’ll find interviews with the cast and crew of the show (my personal favorite is an interview with the show’s creators), dissections of episodes and trailers, news coverage, and lots more.

Today (July 1st), Cobra Kai Kid in collaboration with Fightin’Flix have released three cartoons based on the show.

Episode 1 gives us a look at a possible alternative ending for the fourth season of the show, episode 2 sees Martin Kove auditioning for the role of Kreese many moons ago and the third episode sees Johnny and Daniel attending a therapy.

We got to speak to the Cobra Kai Kid on his channel’s origin, the new cartoons, what he’s looking forward to in season 5 and what’s next.

Q: Can you introduce yourself a little? How long have you been running the Cobra Kai Kid Channel now? How did the channel come about?

My name is Drew and I have a YouTube channel called Cobra Kai Kid where I make content based on The Karate Kid movies and the Cobra Kai series. I have been running the channel for about three years now. The channel came about when I realized how passionate I was about the Cobra Kai universe but had nobody to share it with. It was the summer of 2019, I was already making sketches and short films on YouTube so I thought why not make a Cobra Kai channel and share my passion and creativity there.

When I first made the channel, I knew I wanted to create a platform that was unique and that would really show people who I am and what I loved to do. Ever since I was a little kid, I have always had a passion for filmmaking and I would always make films whether it was by myself or with my friends. So with Cobra Kai Kid, I can now combine my two loves which are Cobra Kai and filmmaking. Looking back, making the channel was one of the best decisions of my life. Q: You’ve interviewed much of the cast and crew over the years for the channel, what are the biggest highlights? Which one is your favorite interview?

One of the highlights for me of having the YouTube channel is being able to do interviews with the cast and crew of Cobra Kai and Karate Kid. As of right now I have over 40 interviews on my channel including some in-person interviews.

I know this may be the cliche answer but the truth is, every interview I do is so special and I truly cherish them all. Whether I’m interviewing someone who has only appeared in one scene from the show, or whether they have appeared in every episode of every season, I always enjoy getting to speak to these public figures and getting to know them on a much deeper level. I’m also so intrigued with the ‘behind-the-scenes’ process of a television show and what goes into the making of Cobra Kai so getting to interview anyone who has worked on the show as a creative force, is very meaningful to me. Q: What are you most looking forward to seeing in Cobra Kai season 5?

I am definitely looking forward to a lot of different things in Cobra Kai Season 5. I’m very excited about the Mexico plotline with Miguel, Robby, and Johnny. That should be a really interesting arc and I’m very excited to see where they go with that. I also can’t wait to see Terry Silver expand more Cobra Kai dojos around the Valley. Don’t get me wrong, I love Daniel and Chozen, but there’s something about the bad guys being in control that is a lot more fun.

I’m also really excited to see what is going on with Kreese. We know he’s in prison and probably seeking revenge for what Silver did to him. My big theory for Cobra Kai Season 5 is that Kreese will team up with Daniel and Johnny once he gets out of prison to take down Terry Silver. If that were to happen, I would go crazy! I really hope it does! 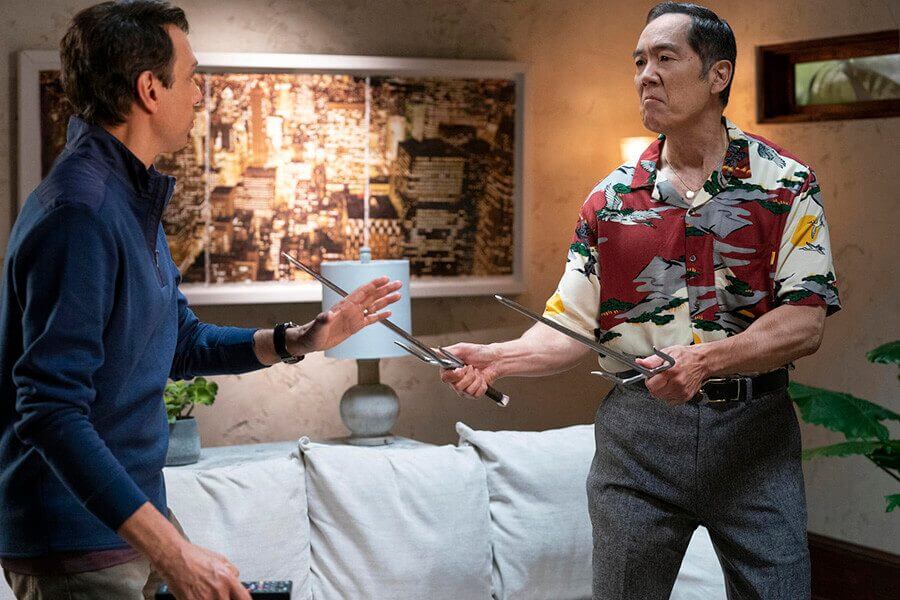 Q: Can you talk about the Kai’Toons project? How did it come about? How many people are working on it?

When I first started making Cobra Kai videos back in 2019, one of the first Cobra Kai creators I met was Jean Kirk. He has a YouTube channel called FightinFlix where he designs and animates Cobra Kai and Karate Kid characters and makes little sketches with them.

Growing up, I watched a lot of shows such as SpongeBob and Total Drama Island so I’ve always loved cartoons and animations. I also love writing my own scripts and creating my own stories so I thought why not combine my love for storytelling and my love for Cobra Kai.

So in March of 2022, I reached out to Jean about doing a Cobra Kai animated series on my channel where each episode would take characters from Cobra Kai and The Karate Kid and put them in different storylines. I would write all of the episodes and he would do all the animating and designing. Jean came up with the name Kai’Toons which I thought was brilliant for this project. 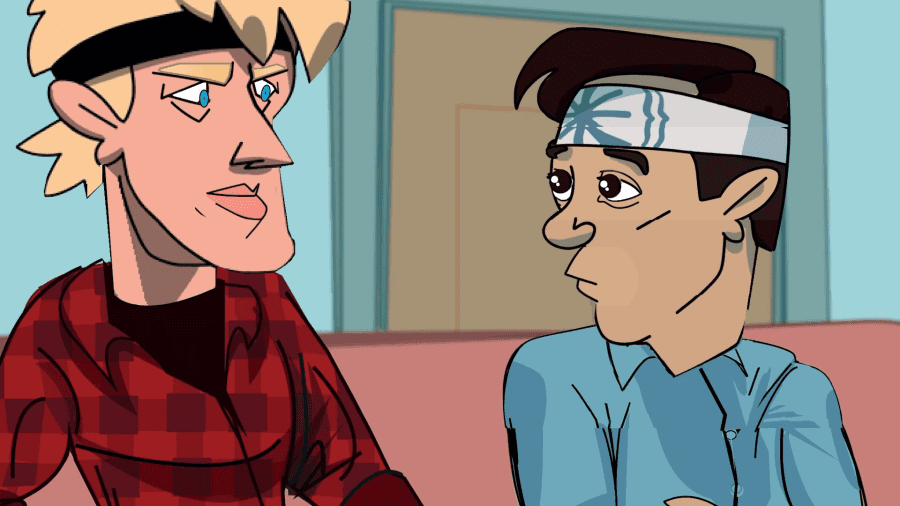 It took us about 4 months to make 3 episodes.

This is the first time I have ever worked on a project like this and it has definitely taught me a lot. A lot of hard work and time has gone into these animations and I think we’ve really created something special.

Q: What are your future plans for the channel?

My plan for the channel is to just keep evolving and making the best content that I can make. Making videos is my passion and I will always be grateful for the fans who support me and what I do. I always try and challenge myself to be a better filmmaker and content creator with every new project that I make.

Over the past 3 years, the channel has really grown and so have I. The goal is to keep growing, keep learning, keep getting better, and I can’t wait to see what the future has in store!

Q: As we ask in all of our interviews, beyond Cobra Kai – what else do you like watching on Netflix?

Besides re-watching Cobra Kai millions of times, I love Stranger Things because it takes place in my favorite era, the 80s. It also is a show with great writing and a great cast. Manifest is another amazing show that I am drawn to because of the mystery aspect and again, the writing in that show is incredible.

I have always been a big fan of Full House so I also really enjoyed the sequel series, Fuller House. I thought that they did a great job of bringing back that story and the same characters from the original series. I’ve also really enjoyed watching the Netflix original films such as The Hustle, Amateur, and He’s All That. I can’t wait for more Netflix shows and movies to binge in the future!

All three episodes of Kai’Toons are now streaming on the Cobra Kai Kid YouTube Channel.