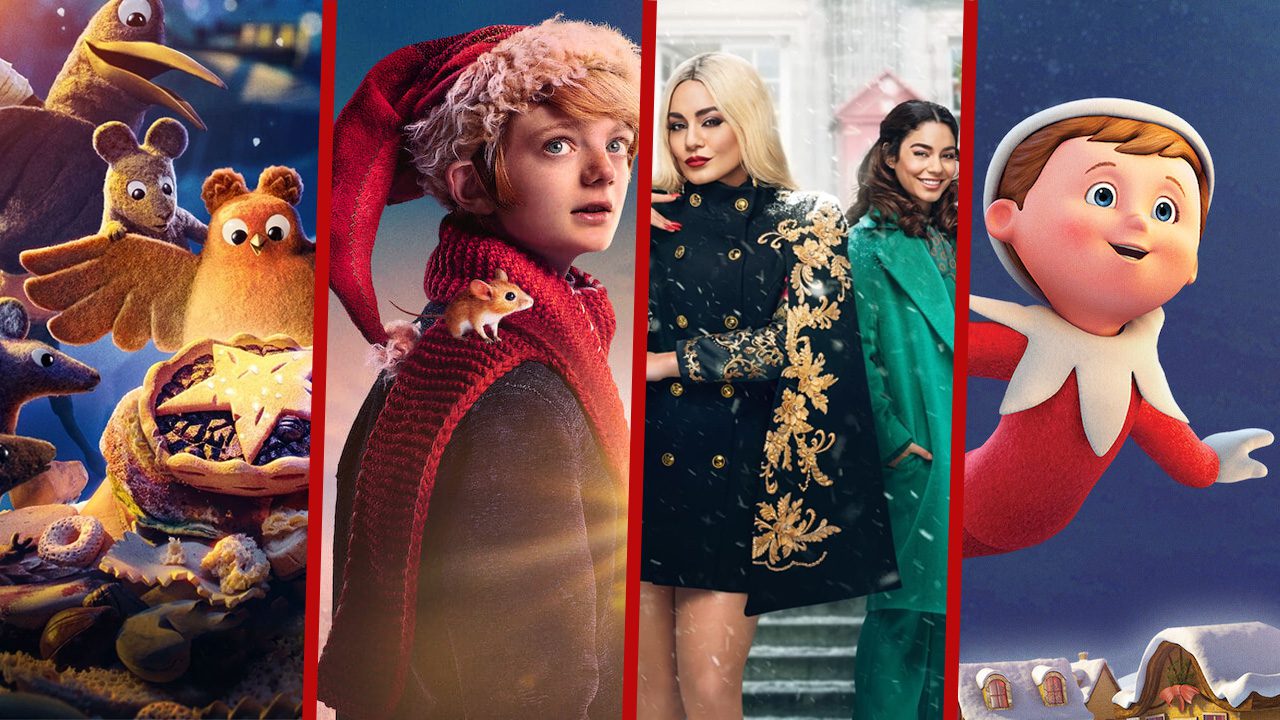 Note: This article was first published on November 10th and will be updated regularly to reflect newly released Christmas movies. It was last updated on November 24th.

This list starts from November 1st, 2021, and any Christmas movies licensed throughout the year beforehand are not included.

If you only have the time to watch one new Christmas title from Netflix in 2021, A Boy Called Christmas would be our recommendation. The superbly crafted family adventure movie will no doubt appeal to all and reviews thus far seem to agree.

We should note some key regions like the United Kingdom are not currently streaming the movie. In that instance, Sky Cinema has acquired the movie.

Here’s what you can expect from the Christmas epic:

“Determined young Nikolas meets his destiny in a magical land inhabited by elves on a quest to find his father — and bring home the gift of hope.”

Short on time? At just over half an hour, this stop-motion Christmas special is an absolute treat. The special comes from Aardman Animation from the United Kingdom who are behind the Shaun the Sheep movies and the upcoming sequel to Chicken Run coming exclusively to Netflix.

Here’s the official synopsis for the special:

“An optimistic young robin raised by a family of mice makes a heartfelt wish on a Christmas star. Will she finally learn who she is — and how to fly?”

The Michelle Obama kids series was first released back in March 2021 and is back for a one-off Christmas special today which features plenty more learning and cooking!

Here’s what you can expect from the new special:

“On the first-ever Freezie Day, Waffles and Mochi learn that holiday traditions aren’t just about food. They’re about making memories with those you love!”

Vanessa Hudgens is back playing three roles in the third entry in the Princess Switch Christmas franchise.

Here’s what you can expect from the third entry:

“When a priceless relic is stolen, Queen Margaret and Princess Stacy enlist the help of Margaret’s audacious look-alike cousin Fiona again who teams with a dashing, mysterious man from her past to retrieve it, rekindling the sparks of a tantalizing Christmas romance and resulting in a very unexpected switch.”

With a big cast on board, this Christmas comedy should’ve been a home run but sadly doesn’t look like it’s struck a chord with either critics or IMDb.

Four feuding sisters get a crash course in family togetherness when their long-lost father shows up for Christmas at their posh ancestral manor.

Dominating the movie top 10s after its release, this is one of several romantic comedies Netflix has planned for 2021.

After meeting her perfect match on a dating app, an LA writer learns she’s been catfished when she flies 3,000 miles to surprise him for Christmas.

This Dutch movie (English dub is available) sees a young boy boy finding out that his grandfather is Santa Clause and is in trouble. Sadly, Jules is not a huge fan of Christmas so getting him on board to help save Christmas isn’t going to be easy.

New Christmas Movies on Netflix in the United States

Note: We’ve also got a page set up for every Christmas movie on Netflix in the US.

Briefly appearing on Netflix US on November 1st, this British movie was removed a few days later but eventually reappeared again on November 17th.

Here’s what you can expect from the holiday rom-com:

“A savvy 16-year-old attempts to play matchmaker among the mistletoe when she secretly sets up online dates for her widowed dad during the holidays.”

Distributed by UPtv this Christmas romance movie is about a marketing executive who is on the cusp of landing a huge project but just before being able to present, she’s trapped at an airport with her boss thanks to a big snowstorm.

Although Mariah Carey mainly works with Apple TV+ every holiday season, Netflix did nab the license to the animated holiday special which was released back in 2017.

Here’s what the movie is about:

“Young Mariah dog-sits a scraggly rascal to prove she can take care of a new puppy. Now she may get more for Christmas than she ever hoped for.”

As part of Netflix’s new deal with Elf on the Shelf, the first animated feature came on the first of the month.

A young scout elf who helps Santa determine who’s naughty or nice takes on an assignment to help restore a 9-year-old boy’s belief in Christmas.

Santa’s elf scouts, Saint Bernard pups and a kind-hearted family come together to help everyone remember the true spirit of Christmas.

Directed by Paul Feig, this Warner Brothers movie features a group of unaccompanied minors who run amok in an airport while snowed in.

The movie wasn’t particularly well-received when it was released over 15 years ago but is still a great Christmas watch.

New Christmas Movies on Netflix in the United Kingdom

The incredibly well-known and popular ensemble rom-com Love Actually made its return to Netflix in the UK on November 16th.

This Christmas movie from 6 years ago has an insane cameo list with Liam Neeson and Pierce Brosnan among the incredible list of starts to feature albeit mostly momentarily.

Rated 5.2 on IMDb, the movie sees a young girl with the ability to make people stop fighting.

What have you been watching on Netflix for the holiday season? Let us know in the comments down below.

‘Longmire’ Could Soon Be Leaving Netflix, Here’s Why
K-Drama ‘Our Beloved Summer’ Season 1: Coming to Netflix in December 2021
What’s Coming to Netflix This Week: November 29th to December 5th, 2021
‘Enola Holmes 2’: Netflix Release Date & What We Know So Far
Watch Ordinary Joe Online: Season 1 Episode 9
Follow us on Facebook
Follow us on Twitter