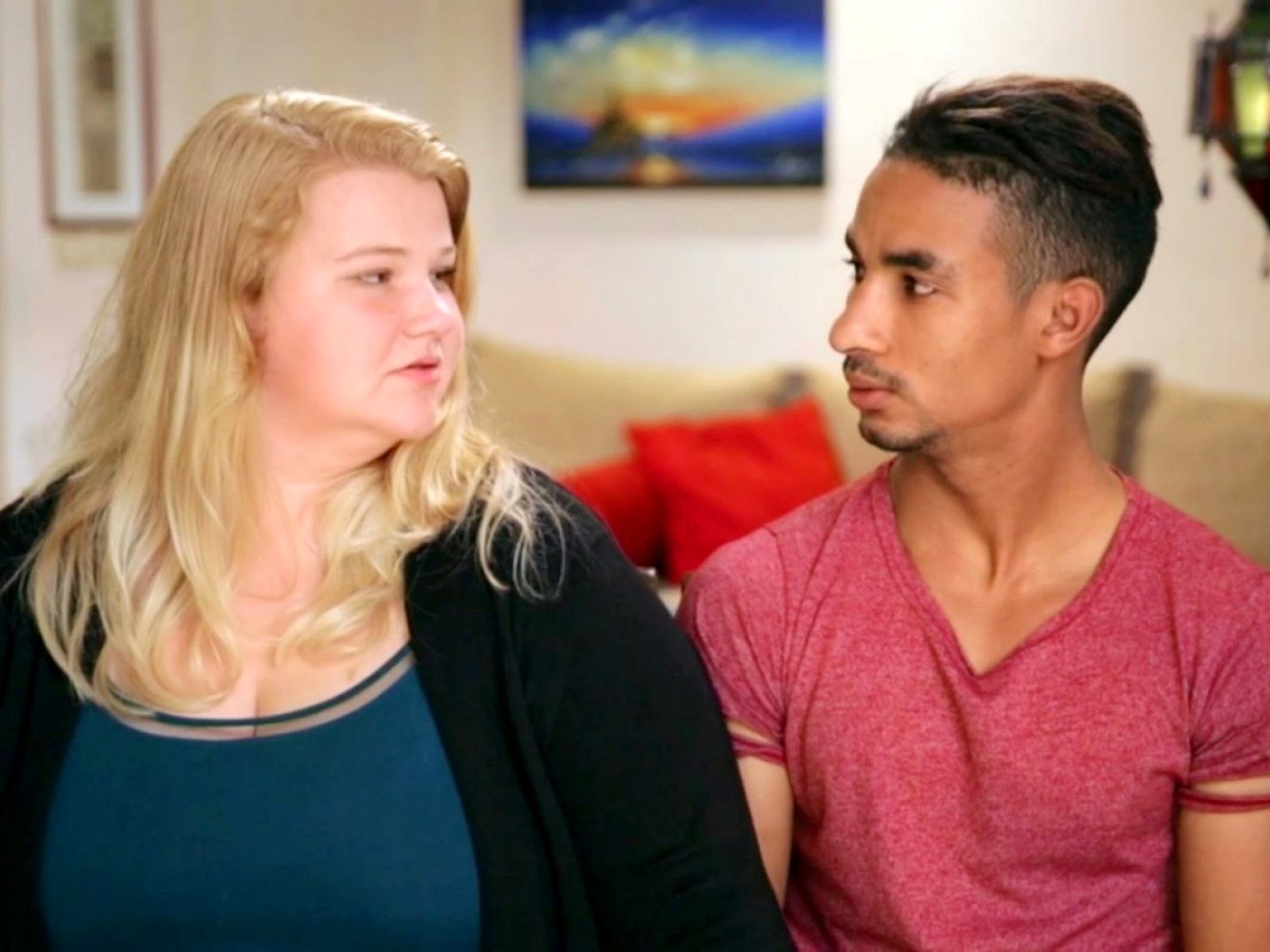 90 Day Fiance has been airing on TLC for eight seasons, so which former 90 Day Fiance couples are still together now and which couples have split up? And where are they now?

90 Day Fiance’s cameras chronicle the struggles and daily obstacles these couples face in order to make their relationships work, including both the memorable highs and cringe-inducing lows.

90 Day Fiance’s first season aired on TLC in 2014 and consisted of just six one-hour episodes that followed only four couples.

However, 90 Day Fiance became so popular for TLC that it was quickly renewed with a larger episode order and longer episodes.

However, what happened to the rest of 90 Day Fiance’s earlier couples — such as Evelyn Cormier and David Vazquez Zermeno from Season 5, Matt Ryan and Alla Fedoruk from Season 4, Jason Hitch and Cassia Tavares from Season 2, or Alan Cox and Kirlyam Cox and Aziza Eloshway and Mike Eloshway from Season 1?

And how about more recent 90 Day Fiance couples that didn’t ever return for 90 Day Fiance: Happily Ever After? such as Jonathan Rivera and Fernanda Flores, Eric Rosenbrook and Leida Margaretha, and Steven Frend and Olga Koshimbetova?

What is the current status of these 90 Day Fiance couples’ relationships??

Click our BEGIN GALLERY link below to browse through all of 90 Day Fiance’s couples and learn which couples are still together, who has split up, and where they are now!

About The Author:
Steven Rogers

Steven Rogers is a senior entertainment reporter for Reality TV World and been covering the reality TV genre for two decades.

The Lincoln Lawyer Reaches No. 1 In Netflix Weekly Streaming Rankings
Stranger Things Season 4: The World Turns Upside Down in Final Trailer
‘The Circle:’ Yu Ling ’Personally Offended’ By Production?
‘American Idol’ host Ryan Seacrest admits to underwear wardrobe malfunction during live finale
POLL : What did you think of The Flash – The Curious Case of Bartholomew Allen?
Follow us on Facebook
Follow us on Twitter