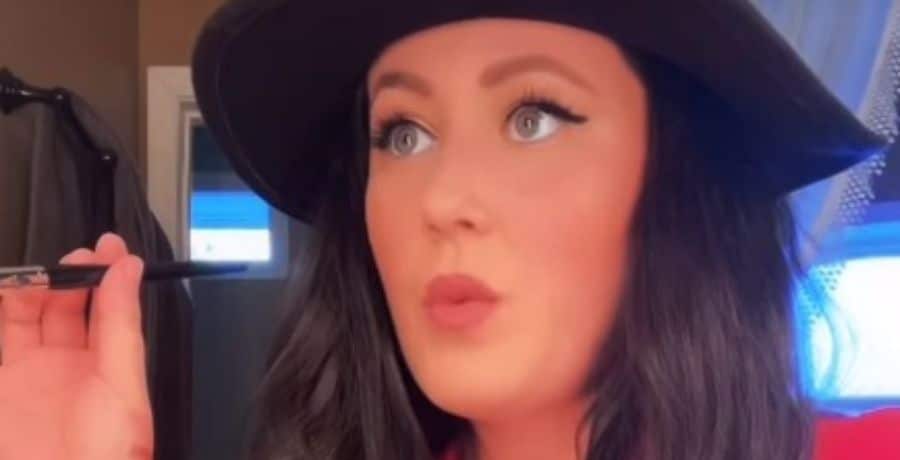 Jenelle Evans is no stranger to getting flack from her followers over her choices. This time around she’s catching quite a bit of flack because they think she’s made some poor food choices for her kids.

During a recent Instagram story, the Teen Mom star stocked up on groceries and supplies ahead of a forecasted major winter storm. She made the mistake of showing everything she’d bought. Fans called out for what was in her cart.

Her cart looked packed with fatty foods, including a package of cookies front and center. There were also frozen Eggo’s, French Toast sticks, and a cube of butter. It took no time at all for her followers to find several problems with those choices.

On Reddit, many of the Teen Mom fans made it clear they weren’t happy with her.

“I buy my kids junk food too but they also have three snack bins to choose from,” one parent wrote. “Including fruit, applesauce, string cheese, and yogurt. I would never get to the French toast sticks level.”

“My god,” another wrote. “And then she wonders why she has health problems and why her kids are hyper.”

“For someone with so many health issues,” yet another  you’d think she would try to eat better.”

Other people noticed that quite a bit of what she got at the store didn’t seem to mesh with why she got it. Jenelle Evans was stocking up because North Carolina was about to experience a massive winter storm. That kind of storm could certainly lead to a power outage. Especially in a state that isn’t used to that kind of thing.

“I don’t get why people stock up on stuff that relies on power to eat for storm preparation,” another Reddit user posted. “If the power goes out almost everything besides the cookies, butter, eggs and potatoes would go bad. It could be a waste.”

Another pointed out that even the eggs and butter would go bad at some point. If the storm was out for any length of time, the lack of refrigeration would make almost all her food become inedible.

The Teen Mom star has long been targets of these kinds of internet bullies. That’s not particularly strange for reality stars who live online. While there is plenty to complain about when it comes to the way Jenelle Evans lives her life, it is her life.

Some fans pointed this out, saying no one should judge what she buys. Others commented that they don’t know what’s going on in her house all the time. However, it seems likely that fans that are shocked at Jenelle Evans food choices are going to continue to find problems.

Teddy has been writing about all things politics and entertainment for literal centuries. That might be one reason why he’s never short on opinions or expertise when it comes to everything he writes.

Watch Charmed (2018) Online: Season 4 Episode 10
Days of Our Lives Spoilers for the Week of 5-23-22: An Illicit Kiss!
When will ‘The Beauty Queen of Jerusalem’ Season 2 be on Netflix?
P-Valley – Episode 2.03 – The Dirty Dozen – Press Release
‘The Bachelorette’ alum Jordan Rodgers’ brother Aaron Rodgers didn’t attend Jordan and JoJo Fletcher’s wedding
Follow us on Facebook
Follow us on Twitter