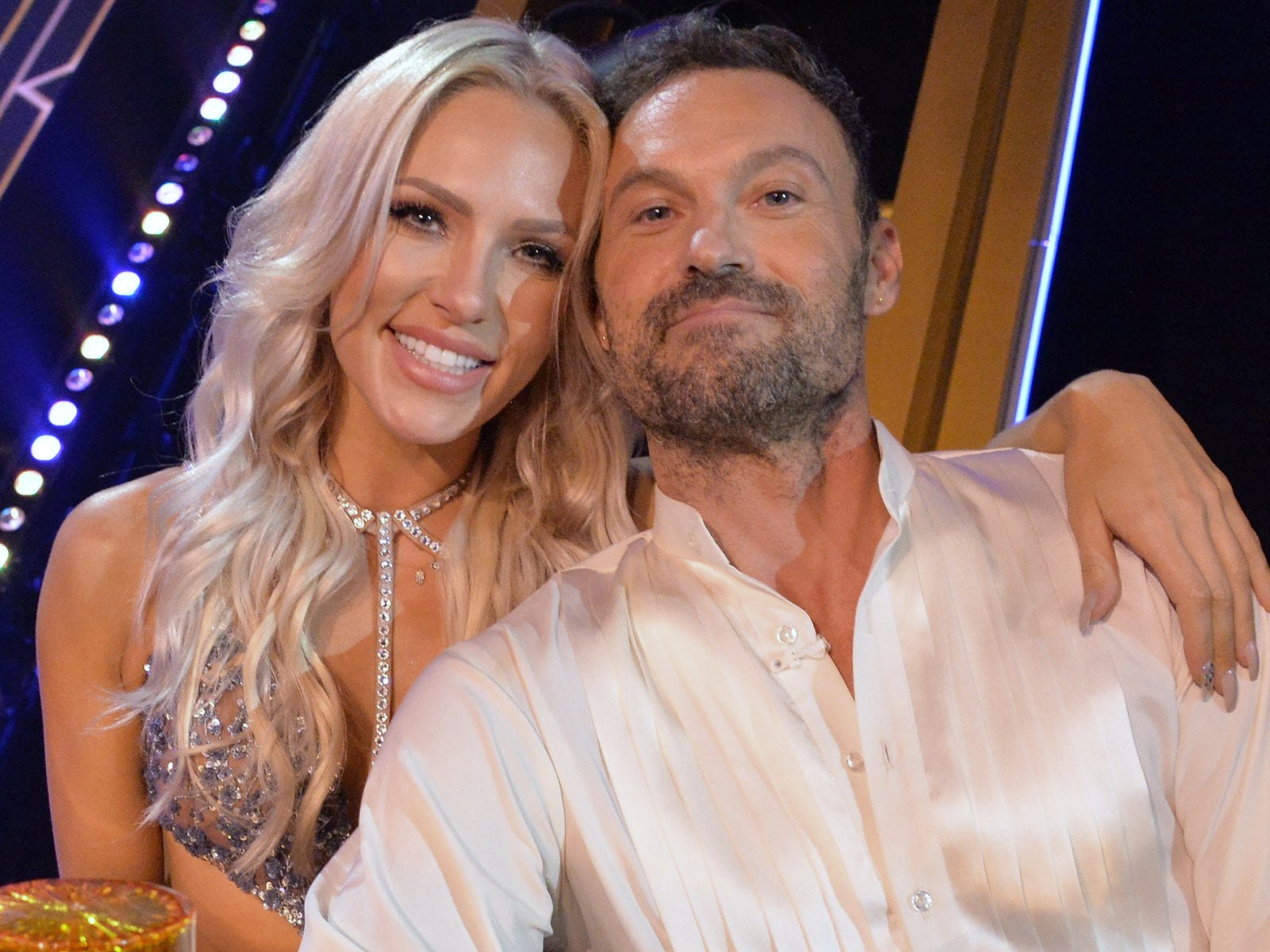 Dancing with the Stars pro Sharna Burgess and boyfriend Brian Austin Green have welcomed their first child together into the world.

Sharna, 37, took to Instagram on Thursday to announce the arrival of her son, who was born on Tuesday.

“Zane Walker Green. 06/28/2022 at 12:12PM. My heart is now forever outside of my body,” Sharna captioned a black-and-white photo of her baby’s hand holding onto Brian’s finger.

And Keo Motsepe gushed, “I am [crying my eyes out emojis] ryt now! Congratulations sis. Love ya loads.”

“So beyond happy for you,” Lindsay Arnold commented.”You did it!!! Love you and cannot wait to meet him.”

Brian and Megan reportedly broke up in May 2020 and filed for divorce on October 15, 2021, and their divorce will finalized earlier this year.

Megan has since moved on and accepted a marriage proposal from rapper Machine Gun Kelly, whom she’s been dating for two years.

On June 21, Sharna reflected about how life “keeps getting’ better” on her 37th birthday.

“I reflected on my last 5 years today. From an emotional rock bottom, to beginning my journey of seeing and knowing myself, of loving myself and knowing what I want and need. To today… having everything I’ve ever dreamed and more,” Sharna shared alongside a nude maternity photo.

“Life, this life I’m living, who it’s with and the life growing inside me was always there waiting for me, waiting for me to be ready for it. Trust the divine timing of life.”

“Everything happens as it is meant to. Every choice, every fall and every triumph,” she continued.

“Every heartache and every blessing. I wouldn’t change a single thing about my 37 years on this planet. The good bad and ugly all lead me right here, To true wholehearted joy and unconditional love. I have everything I need, and yet I know there is so much more to come.”

Earlier this month, the Beverly Hills, 90210 star told People that his children from previous relationships are “super excited” about having a new little brother.

“They check on Sharna every day and they rub her belly and talk to the baby. They’re counting down the days!” Brian said.

“[The baby] is definitely coming into a super warm household and family and he’ll be surrounded by a lot of love. It’s exciting.”

And Sharna recently told the magazine how being with Brian is “the easiest thing” she’s ever done.

“We may have only had a few years together but it feels like so much more than that. It’s been pretty easy for us to take on what the universe has given us,” Sharna said.

Sharna announced she was pregnant with Baby No. 1 in early February.

In October 2021, Brian and Sharna celebrated their one-year dating anniversary, and Brian wrote on Instagram at the time how Sharna loved him in a way he’s “never been loved before” and he felt “damn lucky” to be with her.

Sharna said on her anniversary that her “whole world changed” upon meeting Brian and he’s everything she’s “ever wanted” in a partner.

Sharna and Brian began dating after Brian announced his split from Megan in Spring 2020, but Brian and Sharna attempted to keep their relationship a secret for a little while.

“We met at a coffee shop,” Sharna told People in June 2021 of her love story, “then had a few dates and then we were locked in a house together.”

“I was grateful for that because it allowed us to really take our time, and it was really awesome,” she added.

Once the romance became serious, Sharna met the actor’s children.

Sharna and Brian proceeded to compete on Dancing with the Stars’ 30th season together. They were the third couple eliminated from the season.

Dancing with the Stars 30 marked Sharna’s fourteenth season on the show as a pro partner. She won the mirrorball trophy one time with celebrity partner Bobby Bones back on Season 27 in 2018.