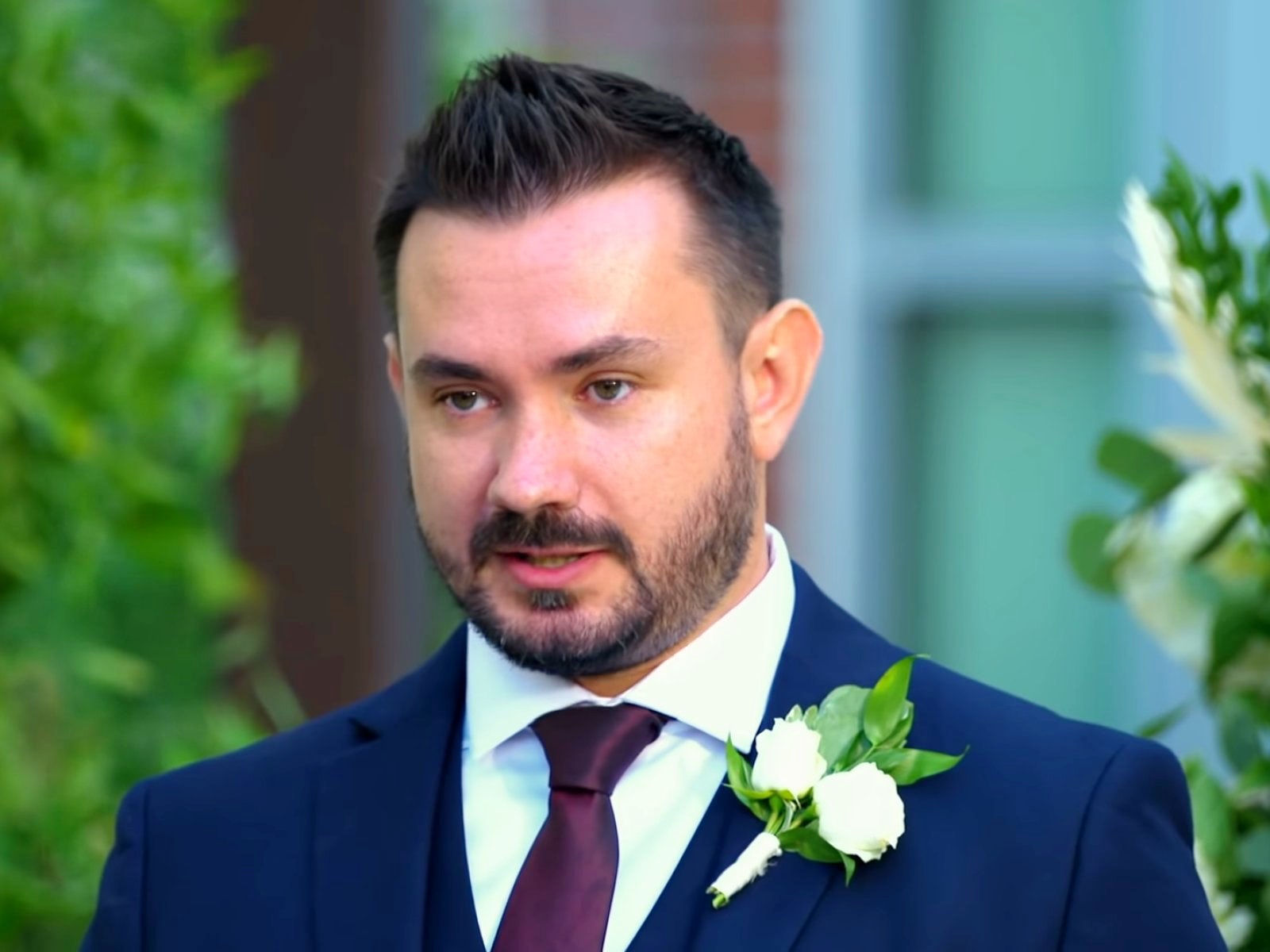 Married at First Sight star Chris Collette has revealed he confronted his friends about the conversation they had with Alyssa Ellman in which they claimed he can be “condescending” and a bit argumentative.

During last week’s episode of Married at First Sight: Afterparty, Chris watched back a Season 14 clip of his groomsmen giving Alyssa so-called “advice” about Chris at his wedding reception.

“Chris naturally is a teacher. He loves to bring out the best in other people. So if he ever comes off as condescending [it’s coming from a good place],” one friend tells Alyssa in the clip.

Chris’ friends also told Alyssa that Chris “loves to monologue,” and their comments essentially suggested Chris can be arrogant and preachy.

“I don’t know how I would put up with that kind of behavior,” Alyssa vents in a confessional.

Afterparty host Keshia Knight Pulliam asked Chris if he was aware his groomsmen had said those things to Alyssa on the couple’s wedding night.

“I found out,” Chris said with a laugh.

“How did you feel about it?” Keshia asked.

“Umm, look, it is true that I spend a lot of time teaching. And for the purposes of debate, right? It’s enjoyable,” Chris explained.

“I like learning, I like digging down — why does somebody feel the way that they feel? So I may ask a lot of questions, but for me, it’s about learning.”

Chris, however, noted, “I can totally understand how it may come across, like, ‘You’re wrong. Keep trying to defend yourself.'”

Chris attempted to explain how he’s not trying to be confrontational but rather learn and truly understand someone else’s viewpoint.

And Chris’ Married at First Sight co-star Olajuwon Dickerson had his back on Afterparty.

“Chris is a great man, and he is a teacher. We call him ‘The Professor’ for a reason,” Olajuwon shared. “That’s his nickname.”

“I do videos,” Chris elaborated. “They are called ‘The Real Estate Professor,’ so the nickname caught on.”

But Olajuwon insisted Chris “doesn’t downgrade anything or make you feel stupid.”

“So I don’t get where his friends were coming from,” Olajuwon noted. “Maybe, I feel like your friends might have thought Alyssa was very attractive and maybe they’re sour themselves.”

Keshia even noted, “We may need to talk to these friends! That’s what I’m saying!”

Chris covered his face with his hands in embarrassment and then Keshia asked Chris if his friends are “still friends.”

“They are still my best friends,” Chris confirmed.

But both Keshia and Olajuwon told Chris that he needed to have a serious talk with them.

RELATED: ‘THE BACHELOR’ FRANCHISE COUPLES NOW: WHO IS STILL TOGETHER?? (PHOTOS)

Chris therefore defended his pals by saying they had told Alyssa “a version of the truth.”

“But maybe they didn’t get the whole picture and maybe see the context and get all of it,” Chris said.

Following Alyssa’s awkward conversation with Chris’ groomsmen, Chris apparently turned his bride off by calling himself “Alyssa’s side piece.”

Alyssa thought Chris may be a little “immature,” and cried to a producer behind closed doors after the wedding about how Chris wasn’t her type and he doesn’t have one physical characteristic she had asked the experts for in a husband.

Alyssa also complained about not wanting to sleep in the same room as Chris because she would feel really uncomfortable.

Alyssa therefore broke the news to Chris that they would be sleeping apart, and he appeared totally deflated and disappointed.

“I didn’t know what to do. I considered going home,” Chris confessed on Afterparty.

“And that’s when I was like, ‘I don’t want to be the guy who calls it quits before I know for sure that it is done.'”

Chris said he decided to be patient, “keep pushing through,” and try to be a charming, good husband in the hope his marriage could work out.