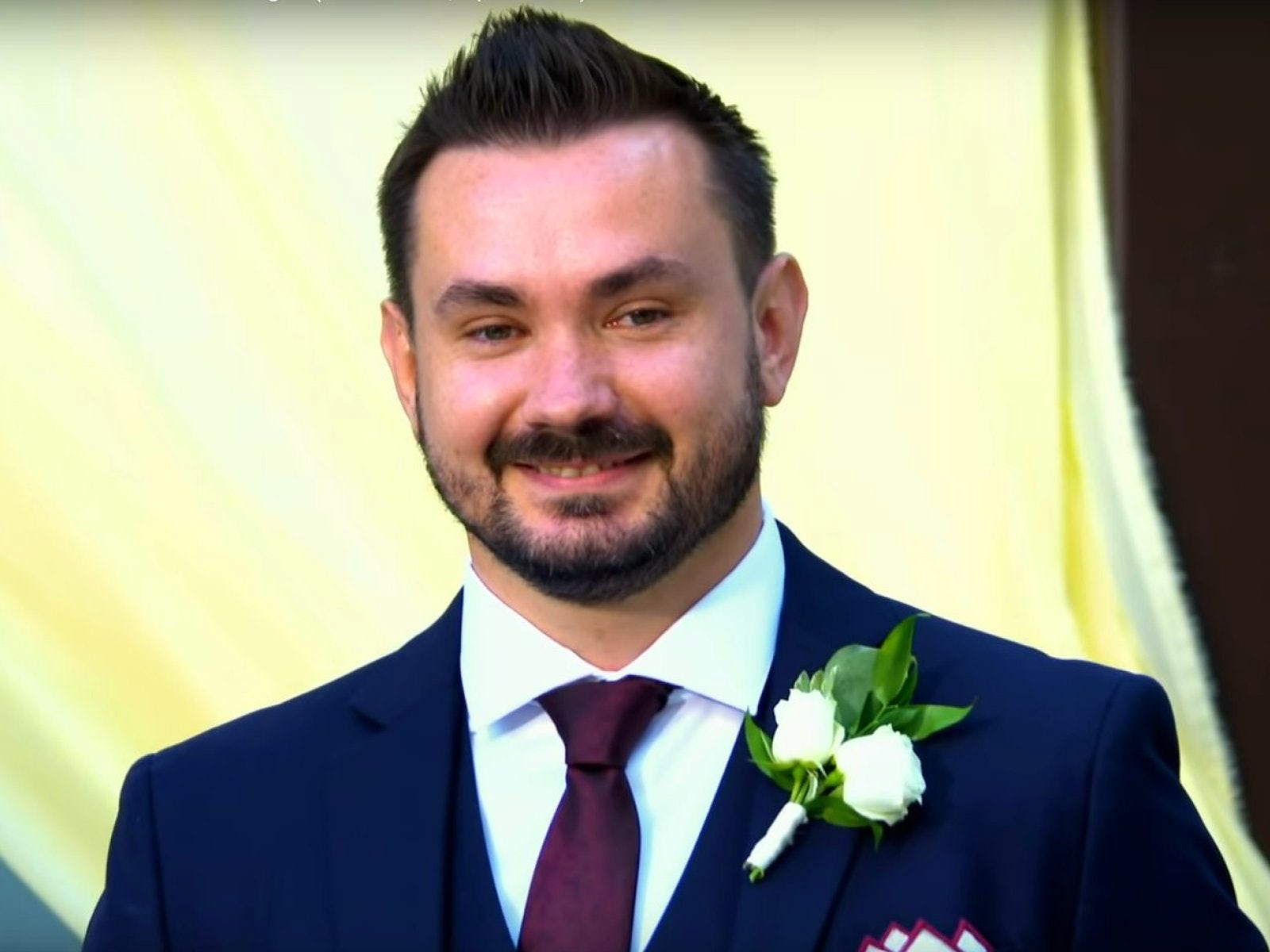 Married at First Sight star Chris Collette has revealed if he had any hope his marriage to Alyssa Ellman could still work out after Alyssa made the “rash decision” to sleep apart from each other after their wedding.

During the latest episode of Married at First Sight: Afterparty, Chris watched back a Season 14 clip of Alyssa confronting him after essentially having a post-wedding meltdown behind closed doors with a producer.

“There are some things that have been said that just don’t sit right with me,” Alyssa tells Chris in the footage. “I think what’s best for right now is get some sleep because it’s been a super long day.”

“Okay. Is there anything you want to know?” Chris asks.

“I’m sorry to hear that,” Chris replies, before his new wife walks away from him and leaves him in distress.

On Afterparty, host Keshia Knight Pulliam asked Chris, “You’re sleeping in your own bed and she’s in hers. Is there, at this point, any hope?”

“Umm, based on the feedback I got from her friends and family, yeah,” Chris replied.

Alyssa’s mother had advised Chris to leave Alyssa alone and let her rant and rave when she’s upset. Alyssa’s bridesmaids also shared with Chris how Alyssa is slow to open up and isn’t an emotional or affectionate person at the start of a relationship.

“I’m thinking, ‘Just give her space,'” Chris recalled. “Look, we married strangers! The emotions cannot possibly be higher. It is prime for rash decisions.”

Chris therefore revealed of his gameplan after the wedding, “Be me.”

“Be as charming as I can be,” Chris noted with a little laugh, “and try to be a good guy — whatever that means to her.”

“And hopefully [I’ll] learn and convince her that I am husband-worthy,” Chris noted.

However, Afterparty aired a preview of the next episode airing Wednesday, January 26 and it appears Chris and Alyssa’s romance continues to go downhill.

“I think you went into this expecting the perfect person,” Chris complains to his new wife.

“No, I don’t expect the perfect person,” Alyssa argues.

“And when you got somebody that wasn’t, you said, ‘I’m done. I’m not even going to take any steps to learn something,'” Chris insists.

After Alyssa claimed that wasn’t the case at all, Chris accused Alyssa of not giving their relationship a real chance.

“Yeah,” Chris replies. “There was never a point in this process where you put in an effort.”

“That’s not true, and I’m not going to stand here on-camera if he’s going to say that. He just called me a f-cking liar!” Alyssa vents to a member of the production crew.

When Alyssa and Chris tied the knot on last week’s episode of Married at First Sight’s fourteenth season, Alyssa was a bit cold to her husband while taking photos and celebrating at the reception.

However, Alyssa was never shown saying that she disliked or wasn’t attracted to Chris — until all hell broke loose after she had a conversation with Chris’ three groomsmen towards the end of the night.

Chris’ friends suggested Chris can be condescending, preachy and a bit arrogant when it comes to his opinions. They even made a comment about how Chris “loves to monologue,” which immediately turned Alyssa off and left her worrying about Chris’ personality and character traits.

Alyssa also told the cameras how she thought it was disgusting when Chris had referred to himself as “Alyssa’s side piece” in an elevator.

“He may be a little immature,” Alyssa complained in a confessional. “He wouldn’t normally be my type. I don’t want to get upset. I don’t want this on-camera.”

Once the cameras were off her face, viewers could hear Alyssa venting to a producer about Chris behind closed doors.

Alyssa alleged she and Chris are “so different” and she didn’t feel comfortable sleeping in the same room as her new husband.

“Physically, I do not see one characteristic in him that I asked for,” Alyssa lamented. “Do I sit with him and tell him this? What do you do in these situations?”

Once Alyssa exited the room, she apologized to Chris for making him sit by himself in the hotel lobby for so long, and she proceeded to tell him that she wanted to spend the night apart.

Married at First Sight, which currently airs on Wednesday nights at 8PM ET/PT on Lifetime, also stars Olajuwon Dickerson and Katina, Noi and Steve Moy, Mark Maher and Lindsey, and Jasmina and Michael.